As indicated on the front of the postcard below, the Cotillion Courts motel was located at 2200 Reynolds Drive SW, which is on the edge of the Polar Rock neighborhood and not too far from the old Lakewood Fairgrounds.  The property is amazingly close to the interstate, just a few yards east of the Downtown Connector on the south side of Langford Parkway.  (Google map)

The motel consisted of a series of low-slung one story buildings that, surprisingly, are still there.  They seem to have been abandoned for quite some time and as a result they're completely dilapidated, as you can see from the shots below.  It's amazing that the structures haven't yet been torn down, but they're still hanging in there so go check 'em out if you're into urban exploration. 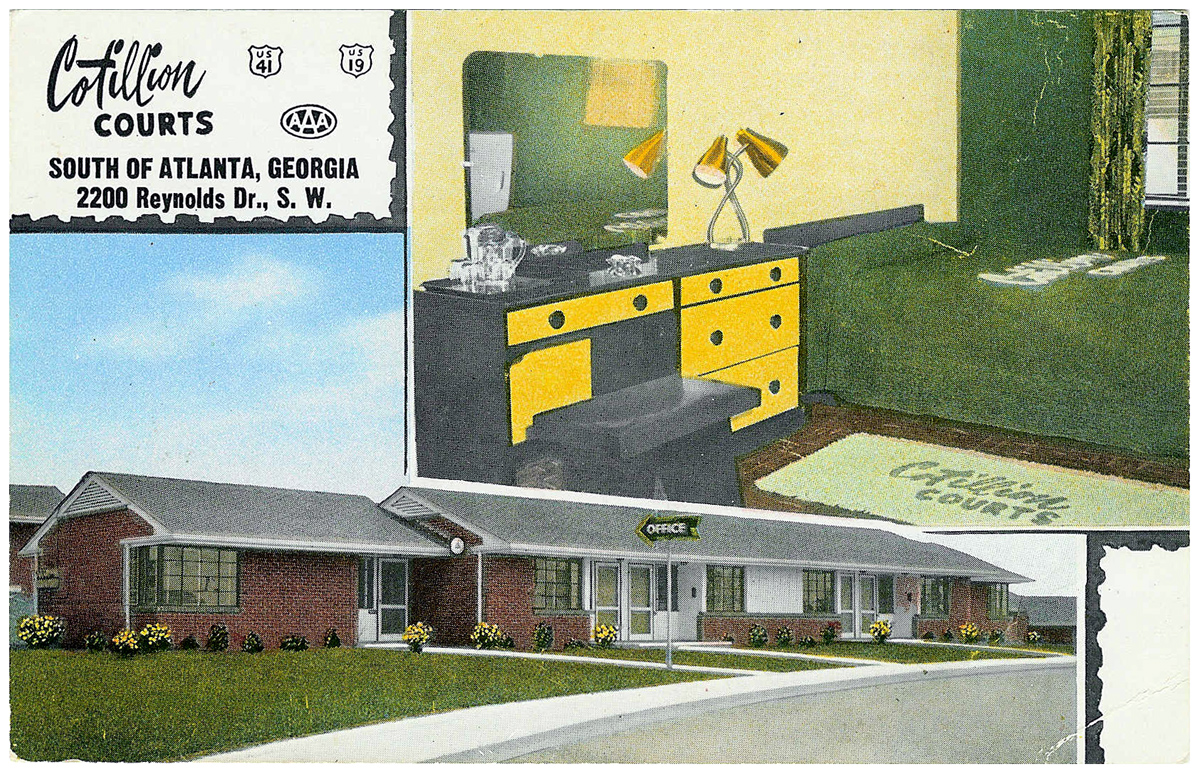 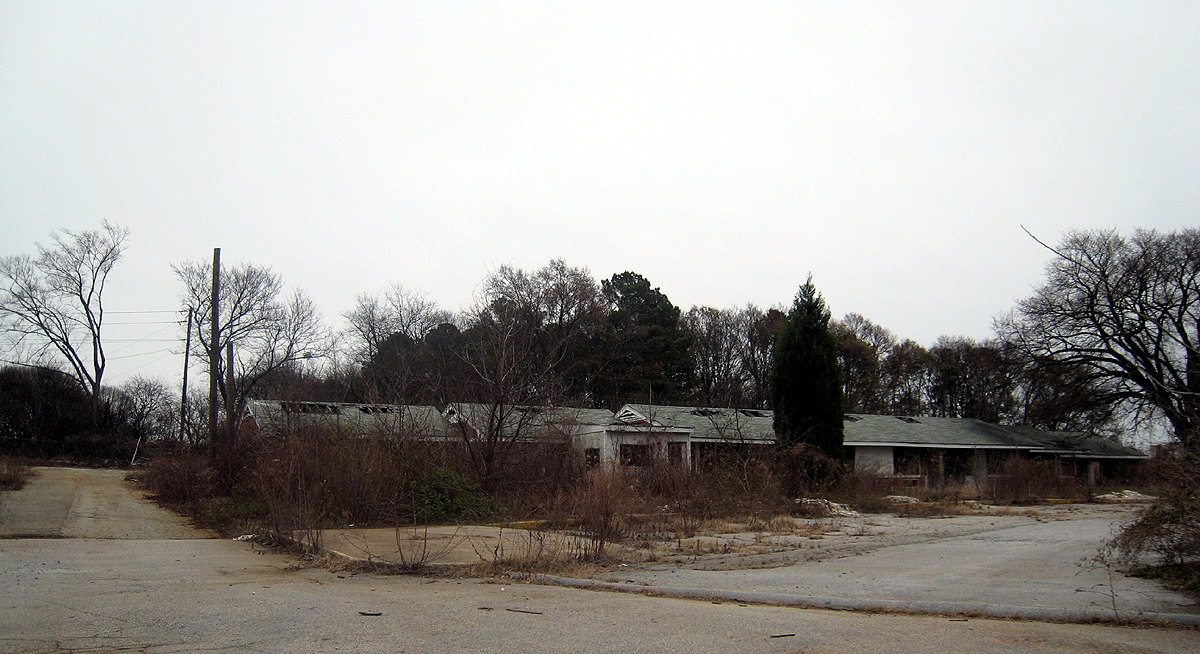 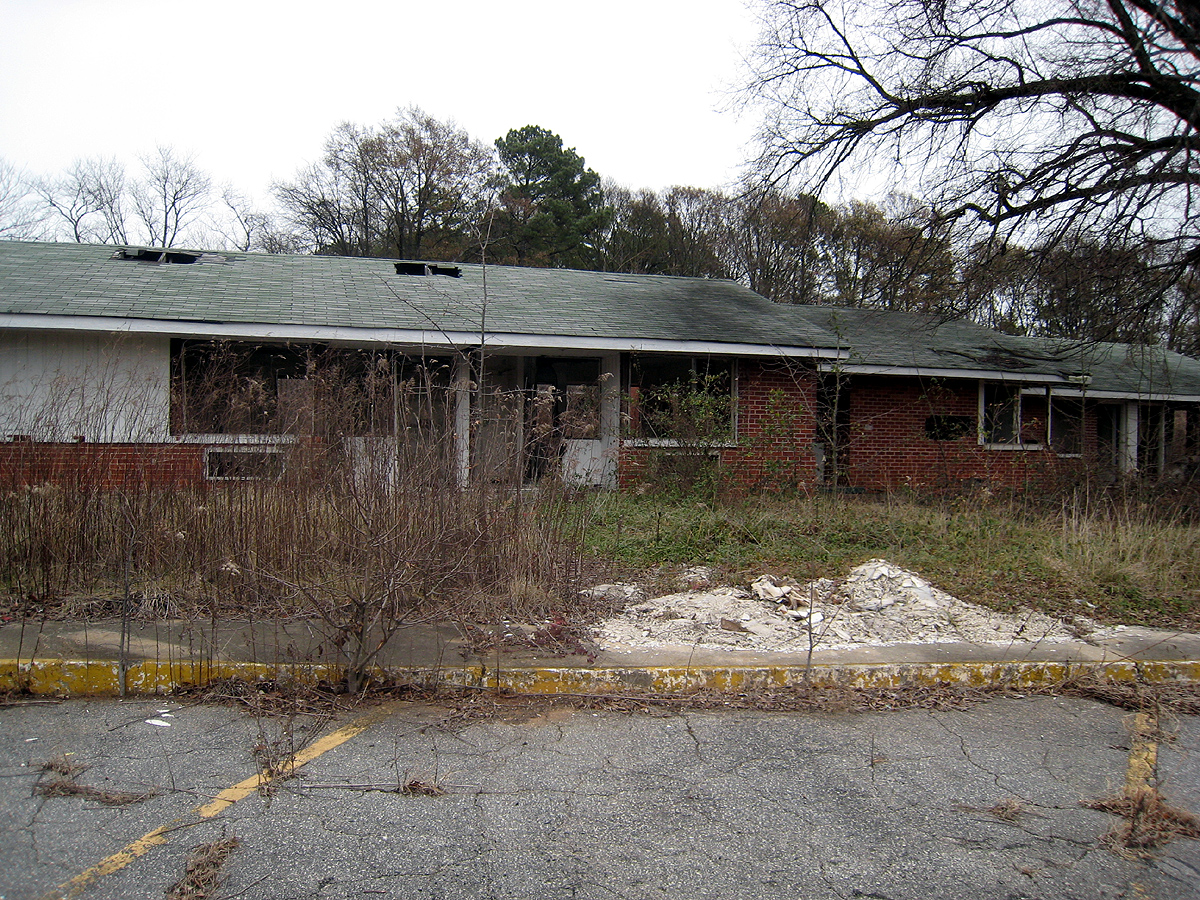 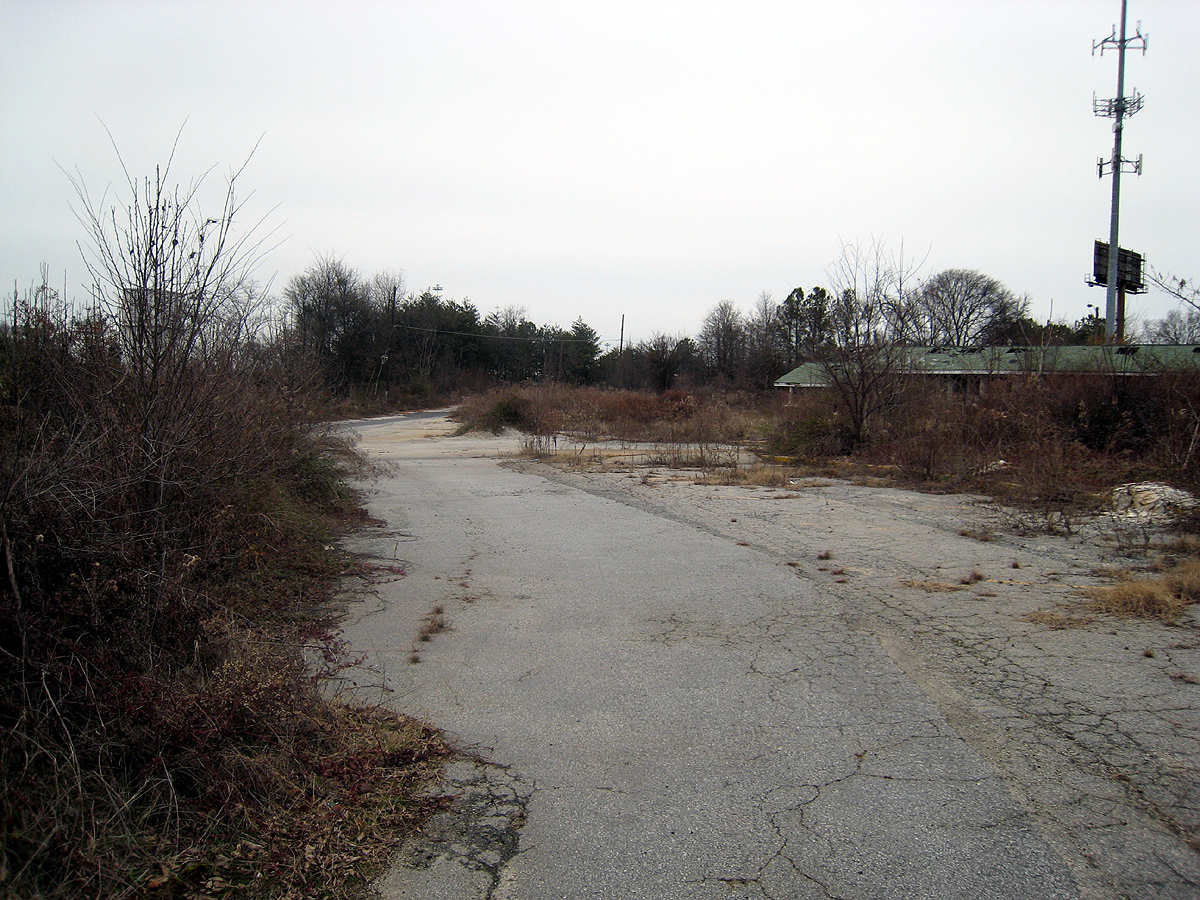 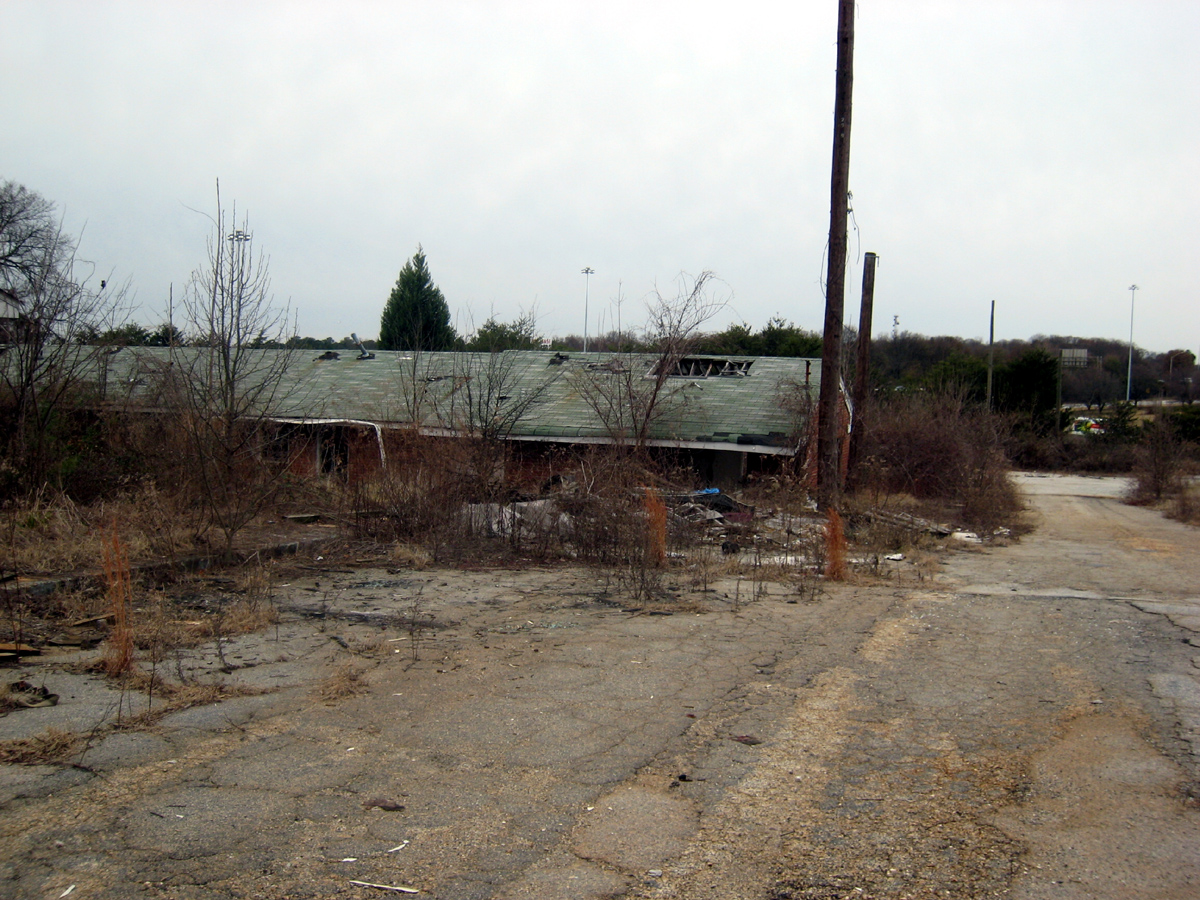 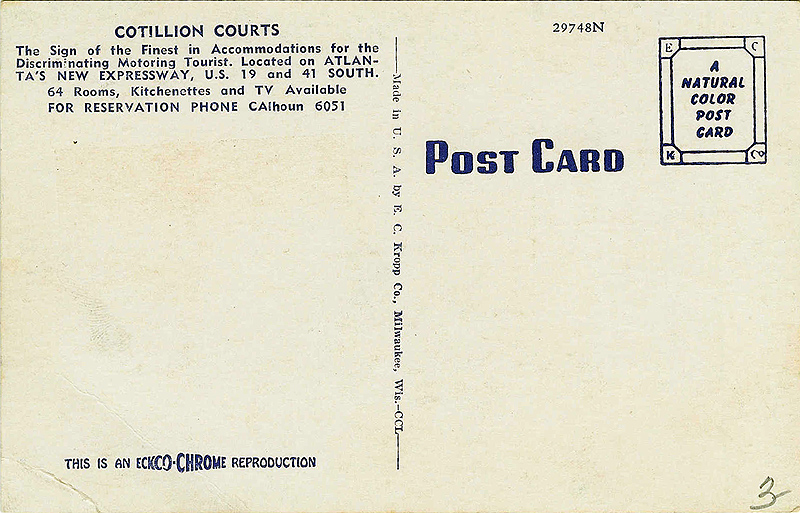