I would like to give a grateful tip of the cap to the management of Birdi's for allowing me access to their roof so I could capture a contemporary version of this photo.    To say that they were accommodating and helpful would be a huge understatement.  Unfortunately, Birdi's closed in 2009 or so.

But we're left with a fascinating view of a slice of downtown Decatur as seen from the rooftop of the former Birdi's restaurant.  In the center of this shot is the still under construction Decatur Federal Building, now known as the Wells Fargo Building.  Scroll to the bottom for a short but detailed description of the structure, as written up in Georgia Magazine in the Aug-Sept 1961 issue.

It's especially fascinating to see how Decatur looked before Sycamore Street ended at Church Street (as it does now).  The buildings in the foreground fell victim to the construction of the Decatur MARTA station, which sits immediately underneath them.    Date:   1961 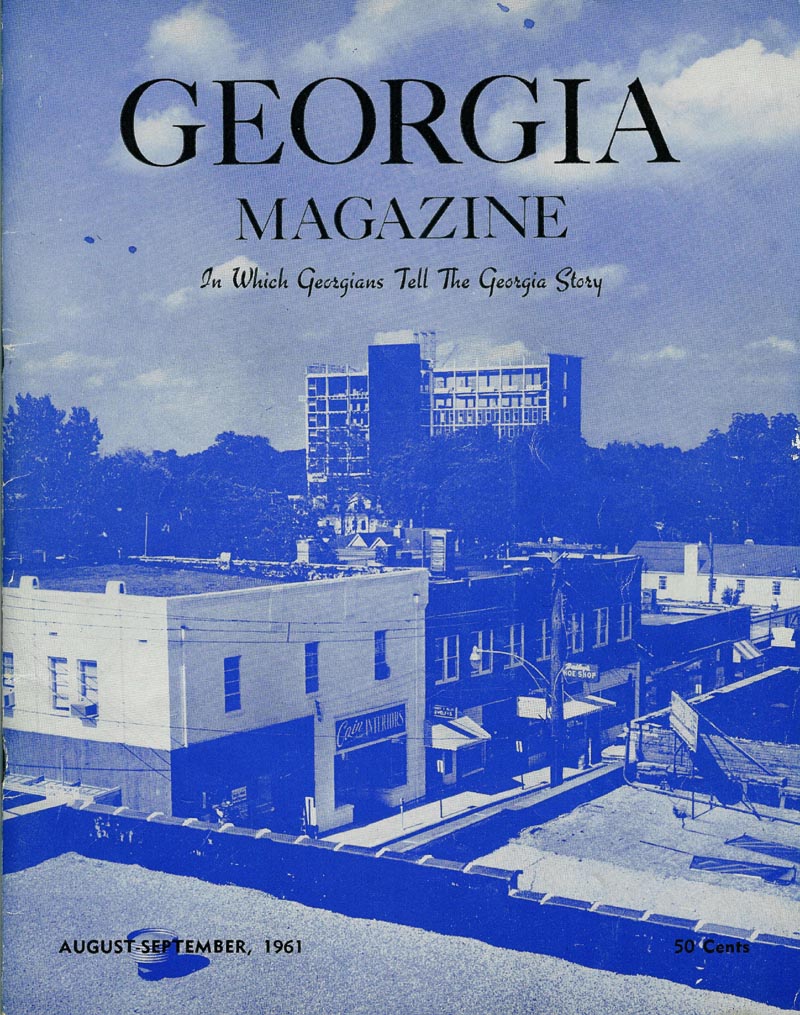 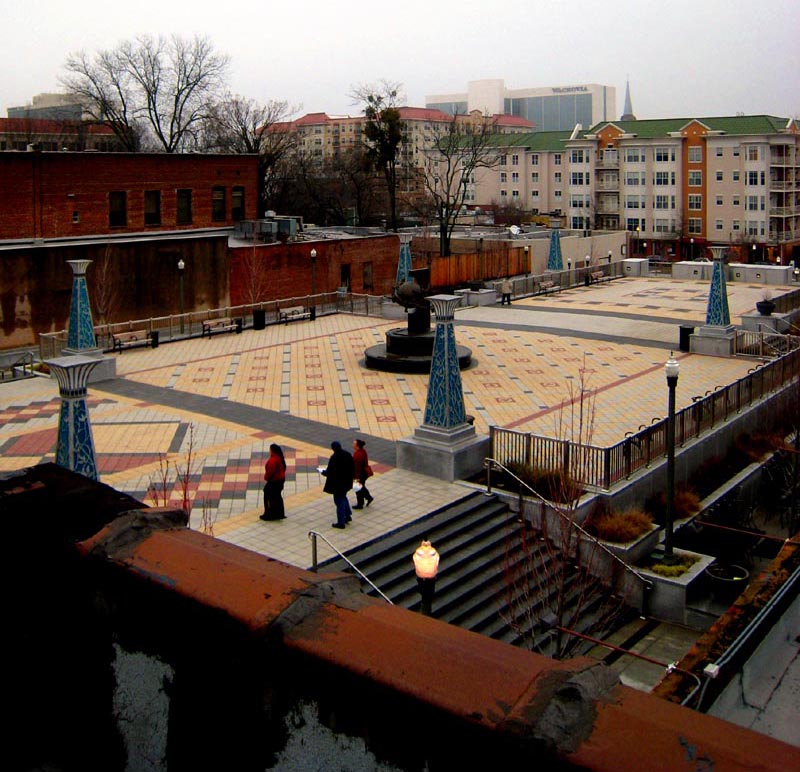 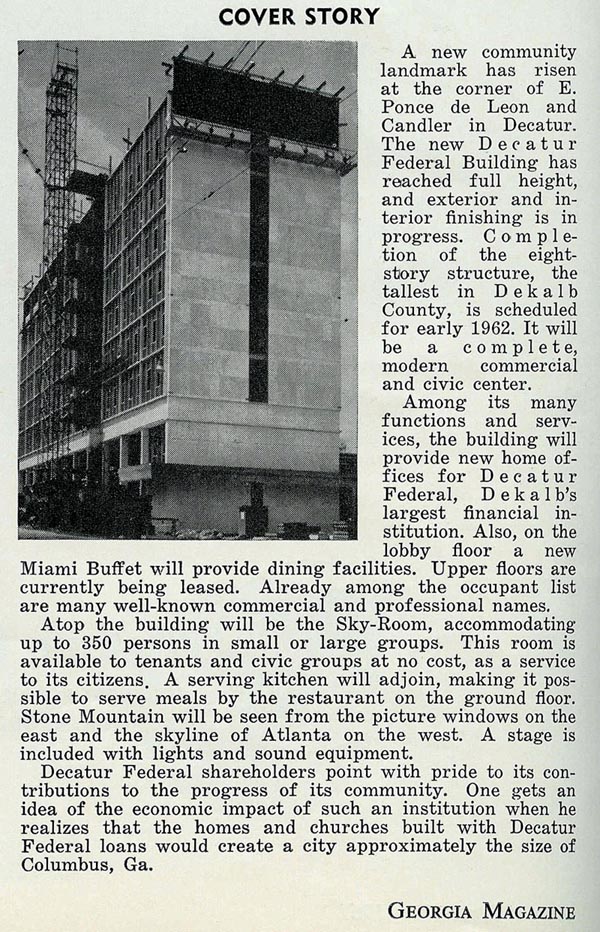