LUAU IS CALLING YOU

The opportunity to "dine amid palms and pools and things Polynesian" drew customers to the Dobbs House Luau restaurant on Peachtree Road, across the street from Piedmont Hospital.  Google map

Ads for an array of Atlanta's tiki-themed bars and restaurants from decades past (including several featuring Dobbs House Luau), can be seen here.

Also featured here is a fun radio jingle made specifically for the Dobbs House Luau....the opening lyrics even reference its exact address at 1999 Peachtree Road.  The lyrics also refer to "this Dinkler presentation" because Dinkler was the company that launched the restaurant, before selling it to the Dobb family, who used it as a blueprint for other Dobb's House Luaus in Memphis, Birmingham, Charlotte,  Dallas, Miami, Orlando and Louisville.  Thanks for this information (and the MP3) goes to Sven Kirsten, author of the liner notes that accompanied the excellent cd THE SOUND OF TIKI, released on the German Bear Family label. 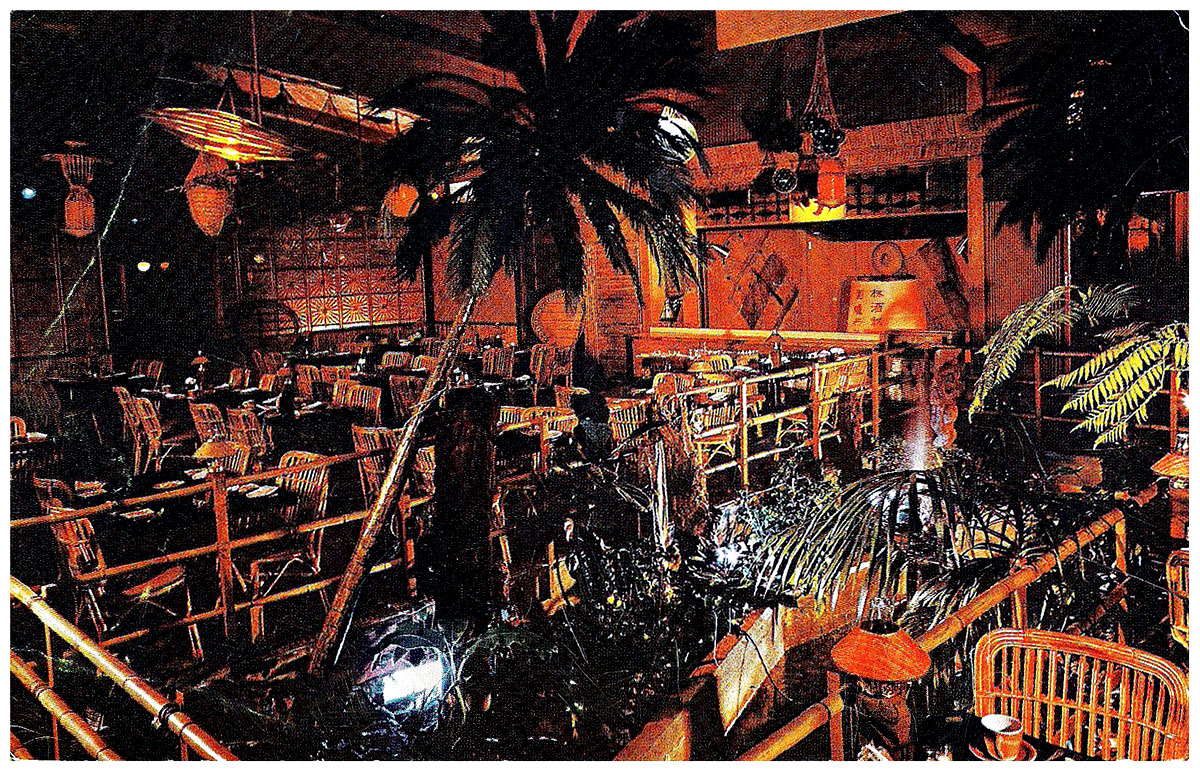 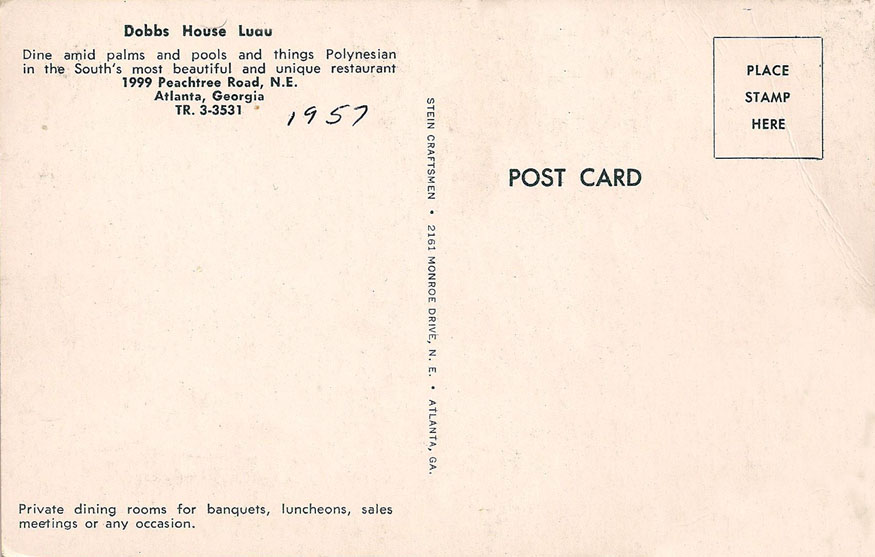