This postcard shows an undated view of the Haygood-Hopkins Memorial Gateway on the edge of Emory University's campus.  The postcard itself doesn't mention the gateway's formal name, but I discovered a wealth of detailed information in a 1996 article published in Emory Magazine.     Google map

Founded as Emory College in 1836 in Oxford, Georgia the school struggled financially until 1915 when Coca-Cola Company president Asa Candler gave the school a generous land grant.  This enabled their move to Atlanta, at which point the school was rechartered as Emory University.

When the gateway was erected in 1937, it spanned Mizell Drive - one of the school's main vehicular thoroughfares.  After a series of automobiles crashed into the structure, the ground underneath it was converted to a pedestrian walkway in 1971.

The column on the left is dedicated to Atticus Greene Haygood, who was graduated from Emory in 1859 and served as its president from 1875 until 1884.  The column on the right is dedicated to another 1859 graduate: Isaac Stiles Hopkins who served as Emory's president from 1884 -88.  After his departure from Emory, he went on to become the first president of the Georgia School of Technology, which later changed its name to the Georgia Institute of Technology and is commonly referred to these days as Georgia Tech. 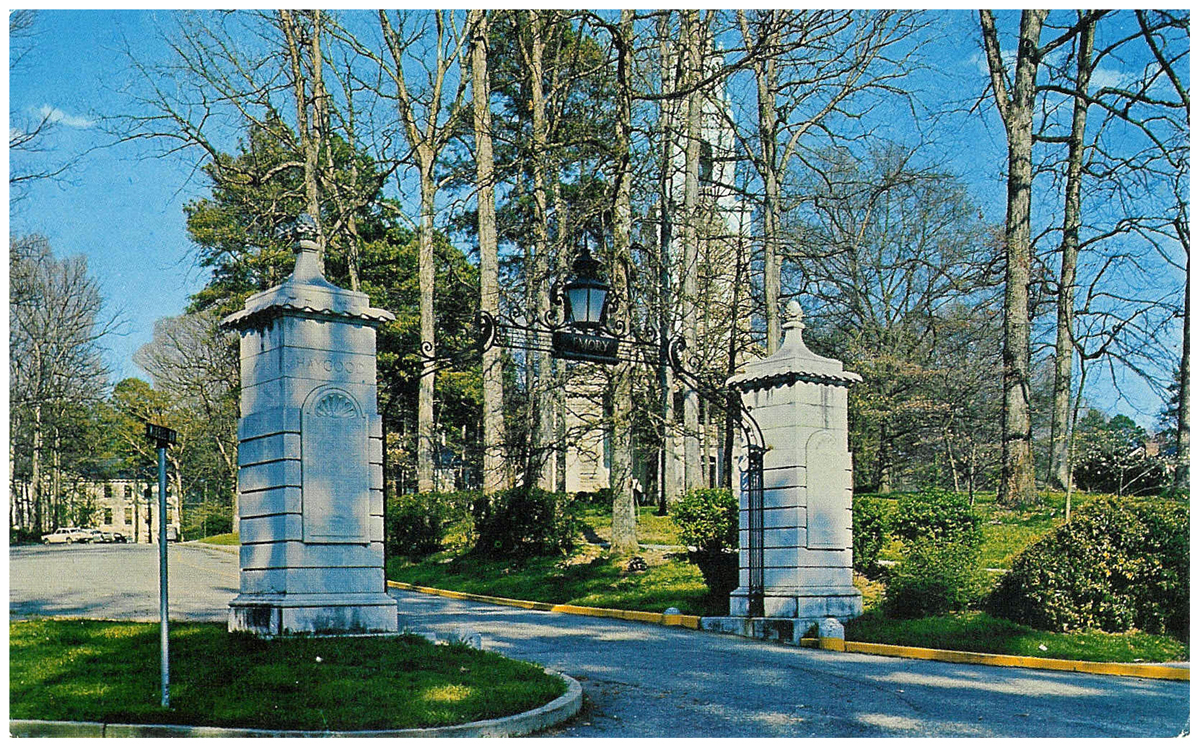 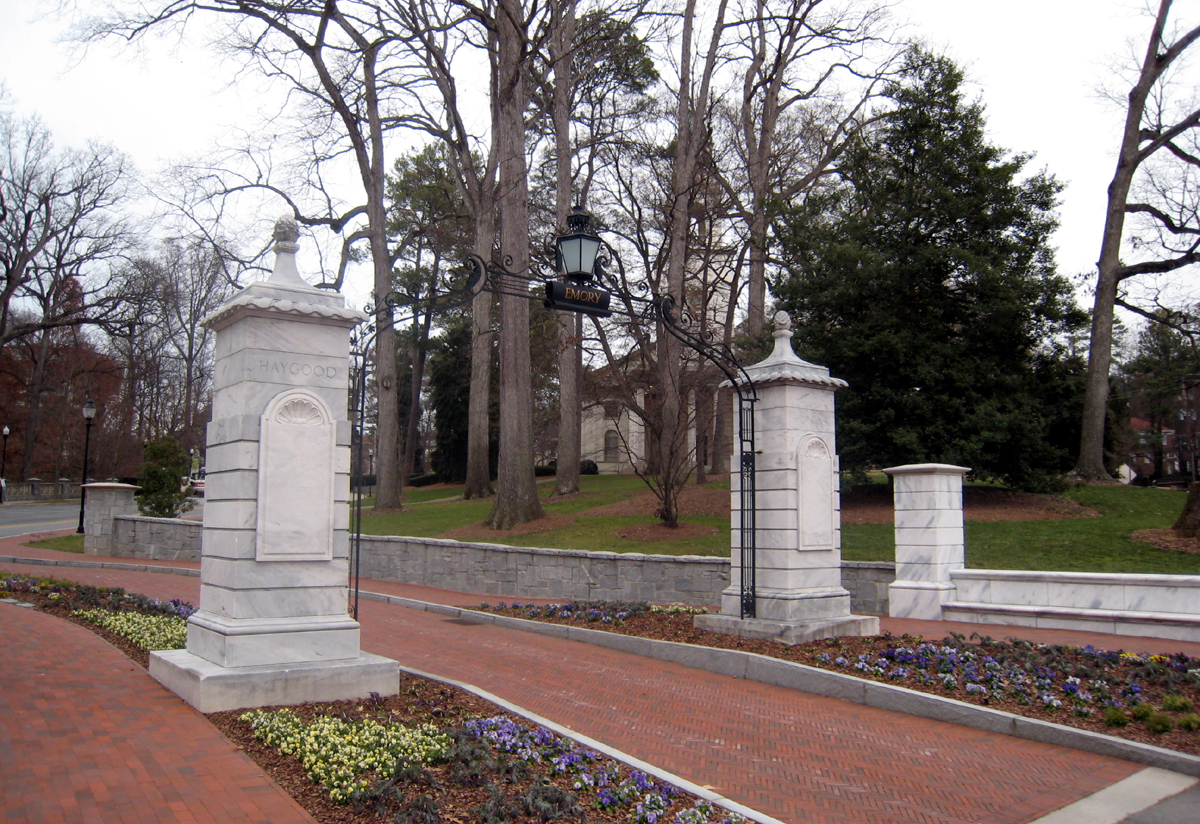 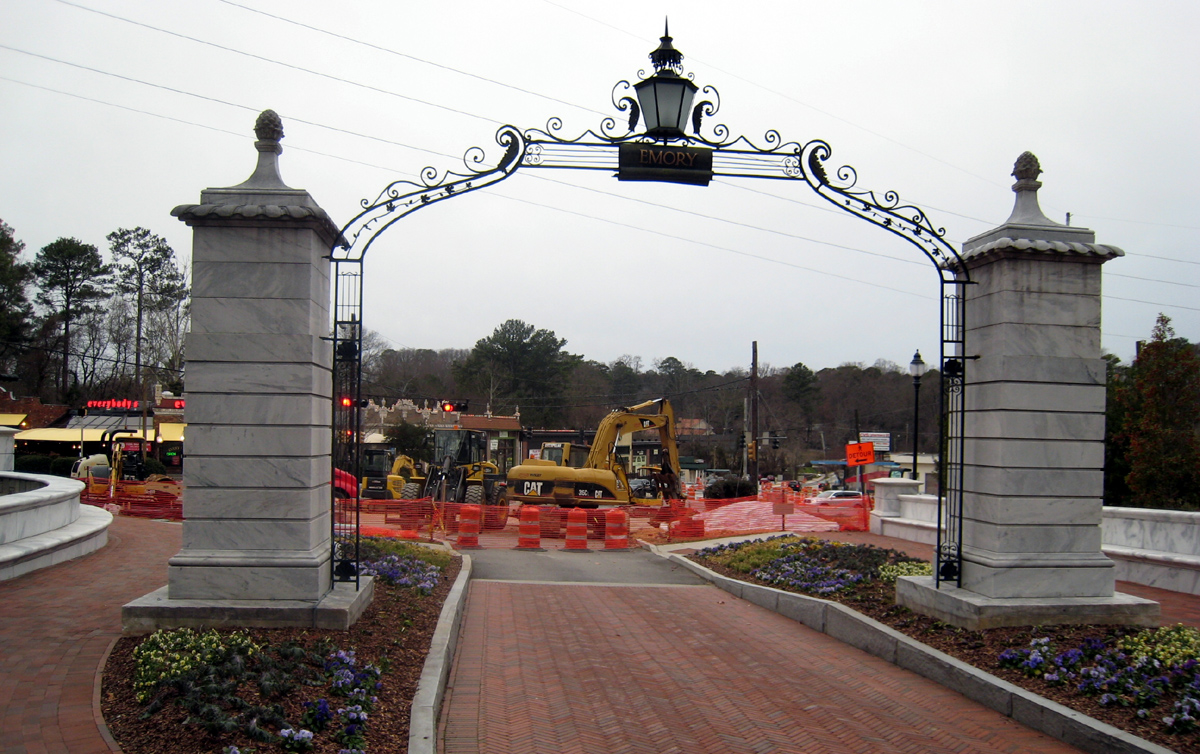 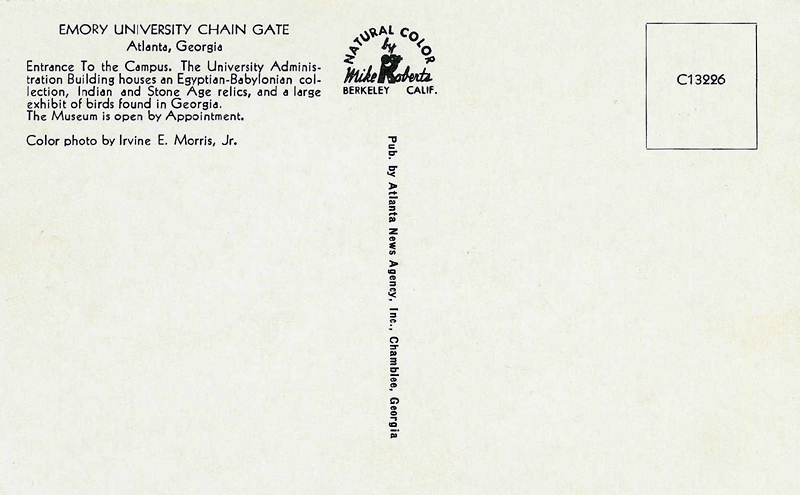