Here's an odd artifact from a very early stage in the career of songwriter and producer Felton Jarvis (1934 - 1981).  Jarvis was Elvis Presley's producer between the years 1966 and 1977 when Presley died.  While still struggling to make a name for himself, he recorded this Elvis Presley tribute 45, which was released on the tiny VIVA label in August, 1959.  While in the Marines in 1955, Jarvis experienced a life-changing event when was lucky enough to catch a live Elvis Presley show in Norfolk, Virginia.

Upon getting out of the Marines, he returned to Atlanta and went to work as a sheet music printer at Bill Lowery's National Recording Company (NRC).  At the time, the label was over-flowing with talented performers that in a few years' time would be national stars: Jerry Reed, Mac Davis, Joe South, Ray Stevens and Freddy Weller.  Jarvis moved into songwriting and producing, making a name for himself in 1961 by producing Every Beat Of My Heart, the first R&B #1 hit (of eleven, in all) for a local band called the Pips, soon to be renamed Gladys Knight & The Pips.  From NRC, Jarvis went to work for the ABC label, where he produced "Sheila" a huge national hit for Tommy Roe, another graduate of Lowery's NRC concern.  After a few years at ABC, he moved over to RCA where he and Presley established a solid working relationship that worked out pretty well for both of them. 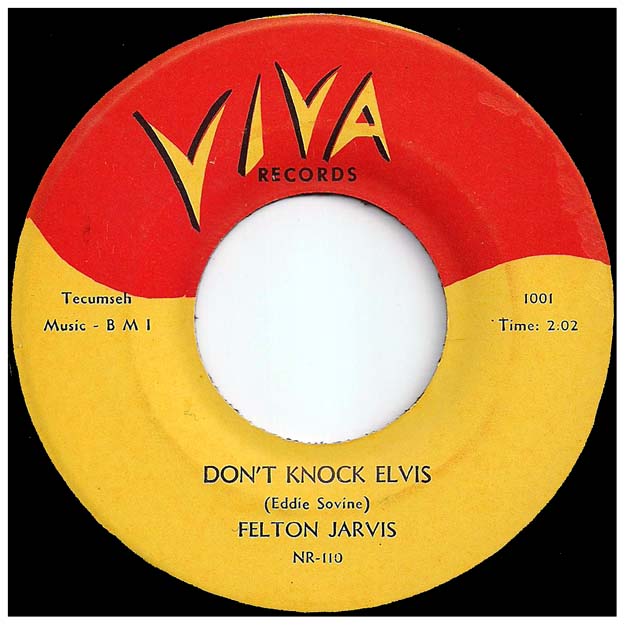 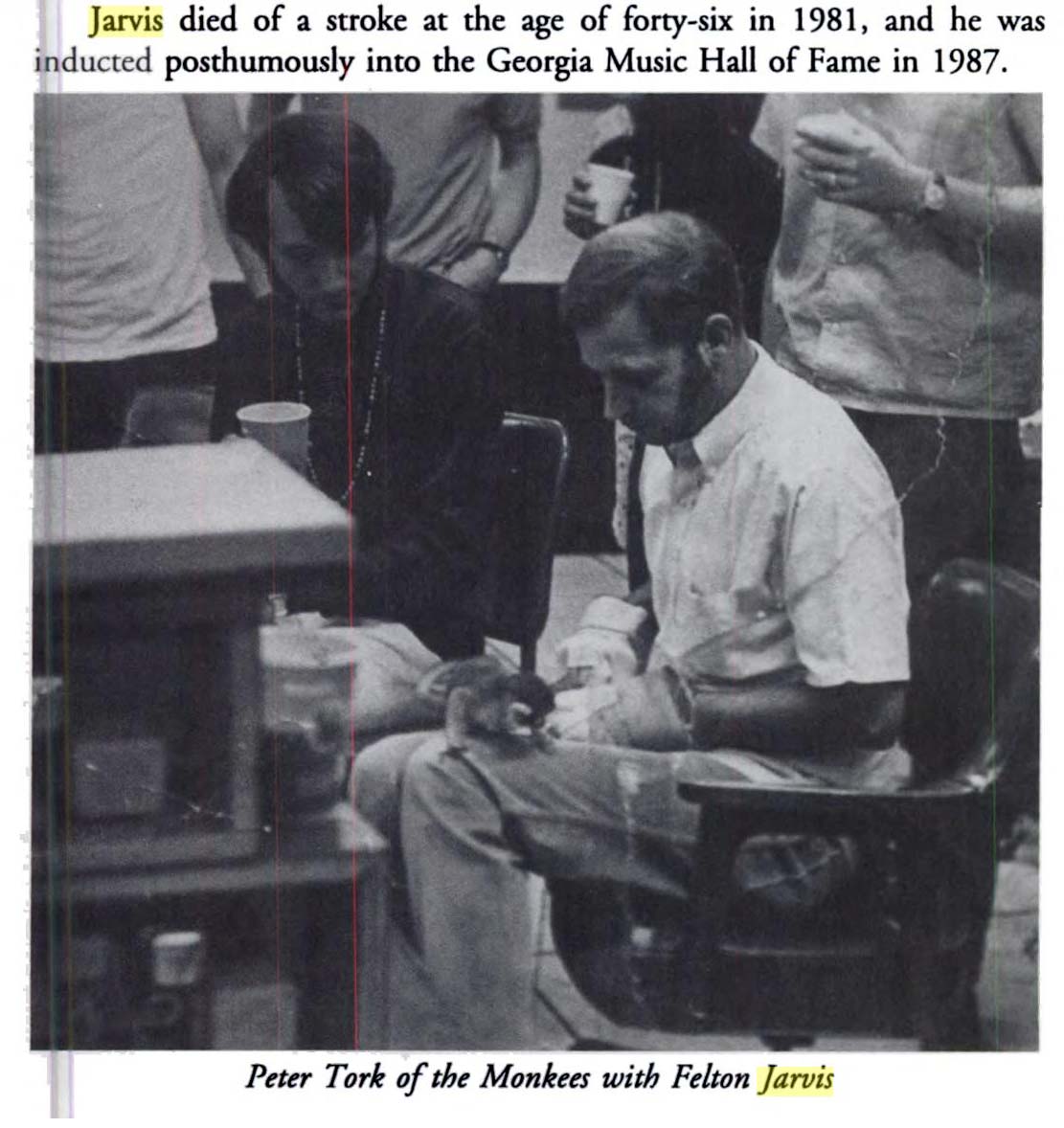 Above: From Zell Miller's 1996 book They Heard Georgia Singing, a late 1960s photo of Felton Jarvis with a monkey in his lap.  Also in the photo is Monkee Michael Nesmith, and not, as the caption indicates, Peter Tork.  As noted, Jarvis died of a stroke in 1981.