Featured for the first time on the Atlanta Time Machine is a tribute to a one-man band, a colorful and eccentric musical tradition that dates back several centuries.  Joseph Olin Fincher (aka J.O. Fincher), put together an act that featured his talents on harmonica, guitar, bass, drums, the fiddle and several horns all within the same song.  Fincher's daughter Nancy was good enough to send me the images below, which are admittedly a little on the grainy side but well worth sharing anyhow.  Fincher, who was also a comedian, appeared on the WSB Barn Dance, a hillbilly radio program along the lines of the Grand Ole Opry.  It's a little tough to read, but the caption on the second photo reads as follows: "He's a one man band.  Here's Olin Fincher, the one man band as he will appear on the WSB Barn Dance as it will broadcast from the stage of the Erlanger Theater on Saturday evening."

Fincher, who was born in 1916 in Dacula and expired in 1997 in Lithia Springs, was buried in Crestlawn cemetery in NW Atlanta. 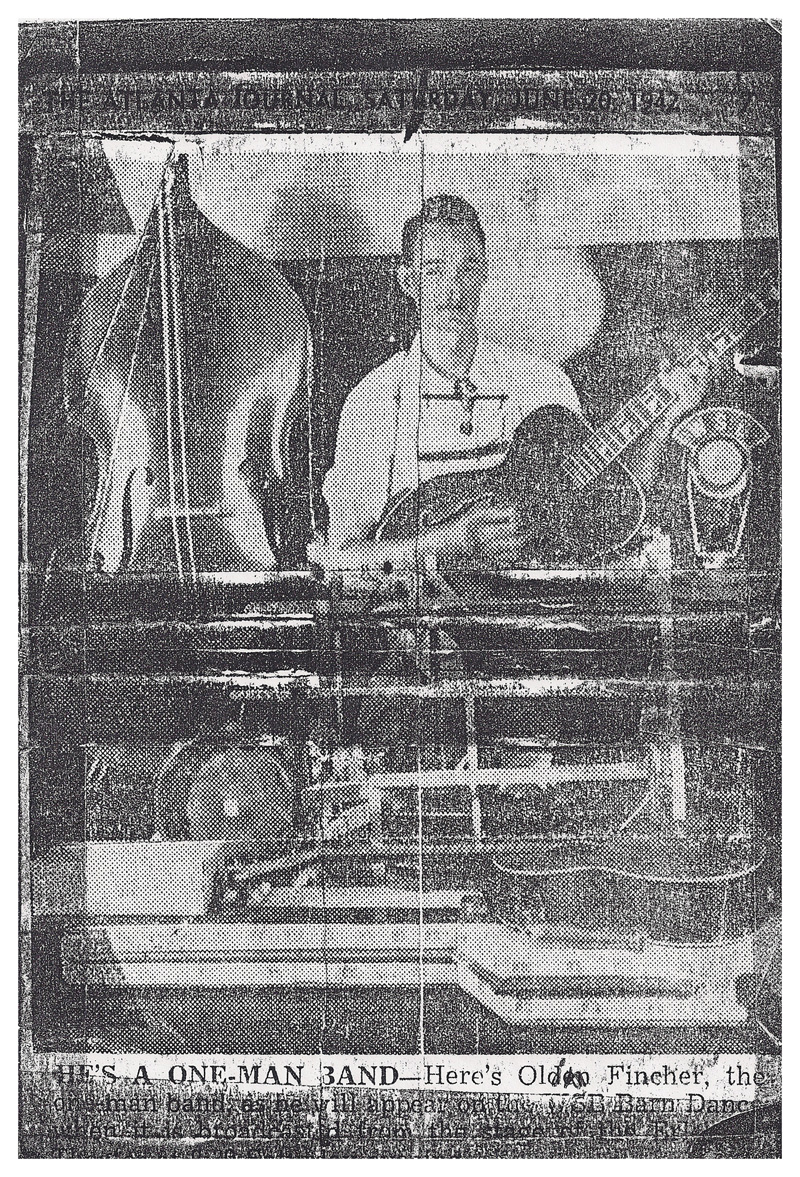