Atlanta's interstate highways have grown enormously over the last 50 years.  The view in the photo below, looking north from the 14th Street bridge over the Downtown Connector, provides a remarkable example of this trend.  Fifty years ago, the freeway was a mere three lanes in each direction and homes and businesses were sometimes no more than a few feet from the traffic lanes.  Today there are seven lanes on each side of the road and the 17th Street bridge, which opened in 2004, is one of the most visible features in the updated photo below.  Top photo courtesy of the Georgia State University Library Archives (File #N27-045_a).  Lower photo: November, 2013.           Google map 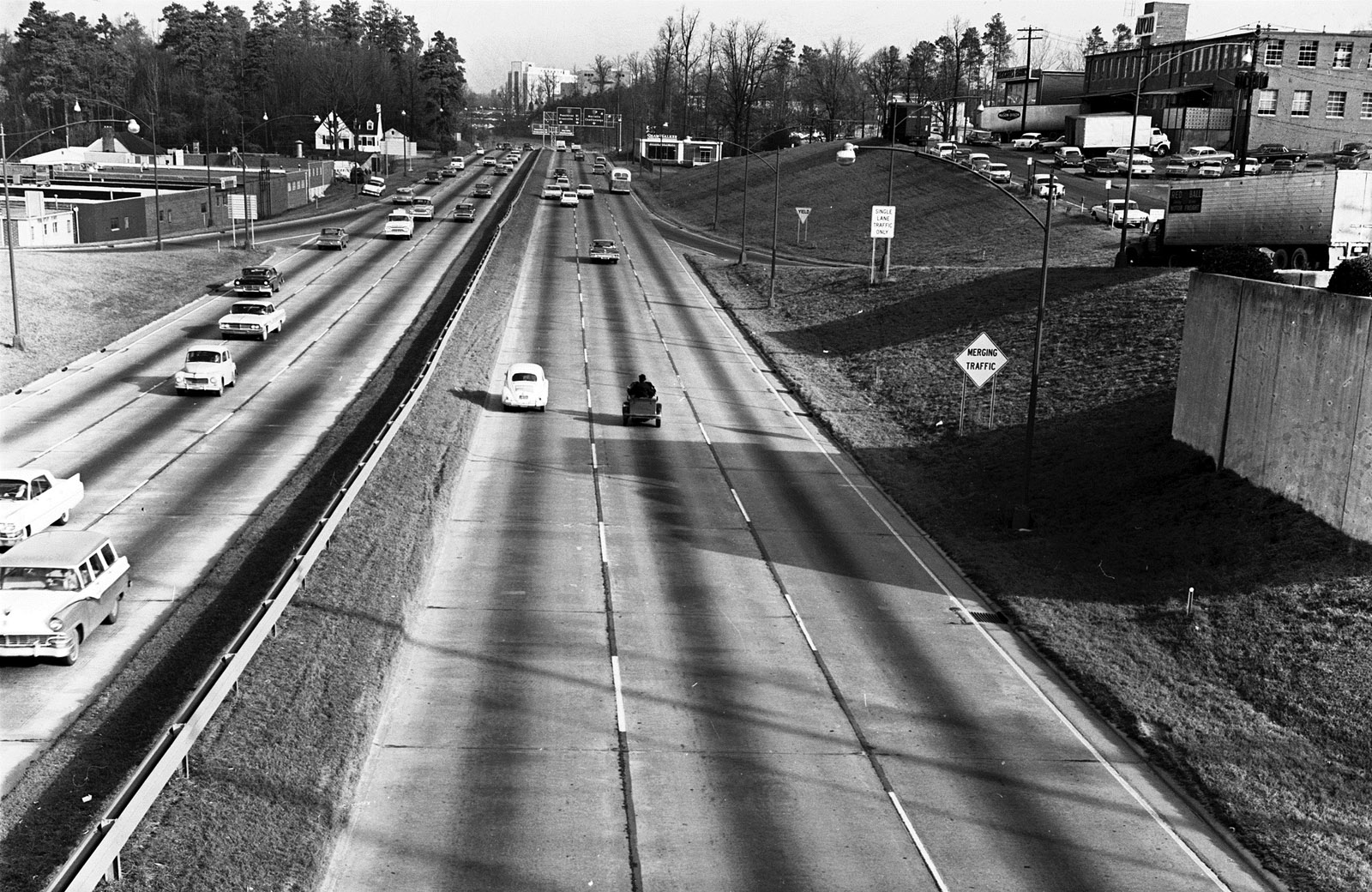 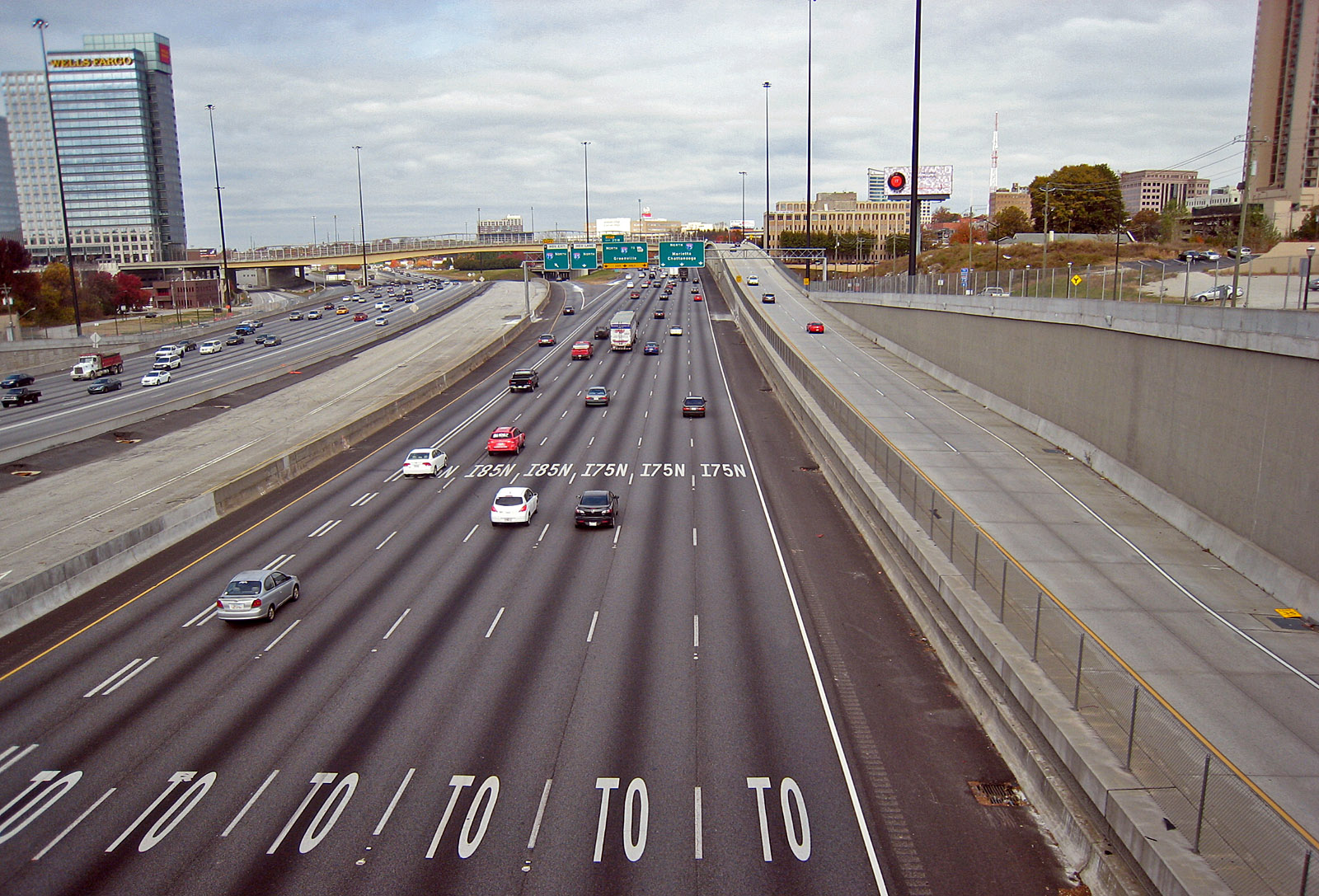