Many thanks to Reader Ed for fixing me up with the images and information found on this page.

Featured here are three similar views that look to the east from Georgia Tech's Grant Field.  To be a bit more accurate this is actually known as Bobby Dodd Stadium at Historic Grant Field, but I have a hard time typing that without rolling my eyes and wondering when the school will complicate things even further by naming end zones and yard lines for people they wish to honor.

You see, for the vast majority of its life, which commenced in 1913, this stadium was known simply as Grant Field.  In 1988, however, the site was renamed Bobby Dodd Stadium At Historic Grant Field in honor of the school's winningest football coach.

Above:  Like the other two photos below, this 1914 images shows Grant Field and looks to the east.  This picture was taken from the Knowles Dormitory building, which was torn down in 1991-92.  Image courtesy of the Georgia Tech History Digital Portal. 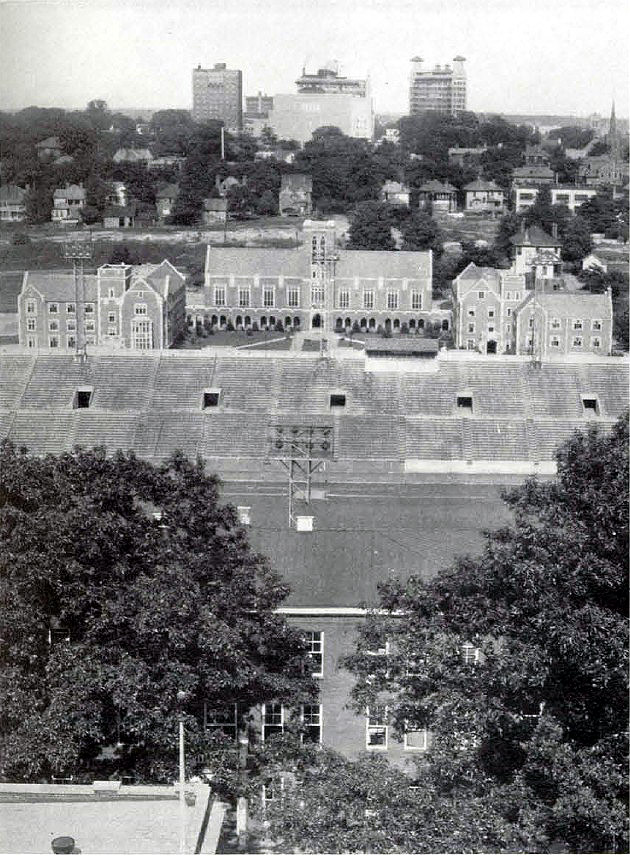 Above: This 1933 photo offers a good view of Grant Field and, just behind its bleachers and near the center of the picture, the Brittain Dining Hall, which opened in 1928.  To the east of the dining hall we see many good examples of midtown's single house residential past as it existed in the decades before the Downtown Connector was constructed, bringing sweeping changes to the area.  Image courtesy of the Georgia Tech Library's electronic edition of the 1933 Blue Print yearbook, which can be accessed here. 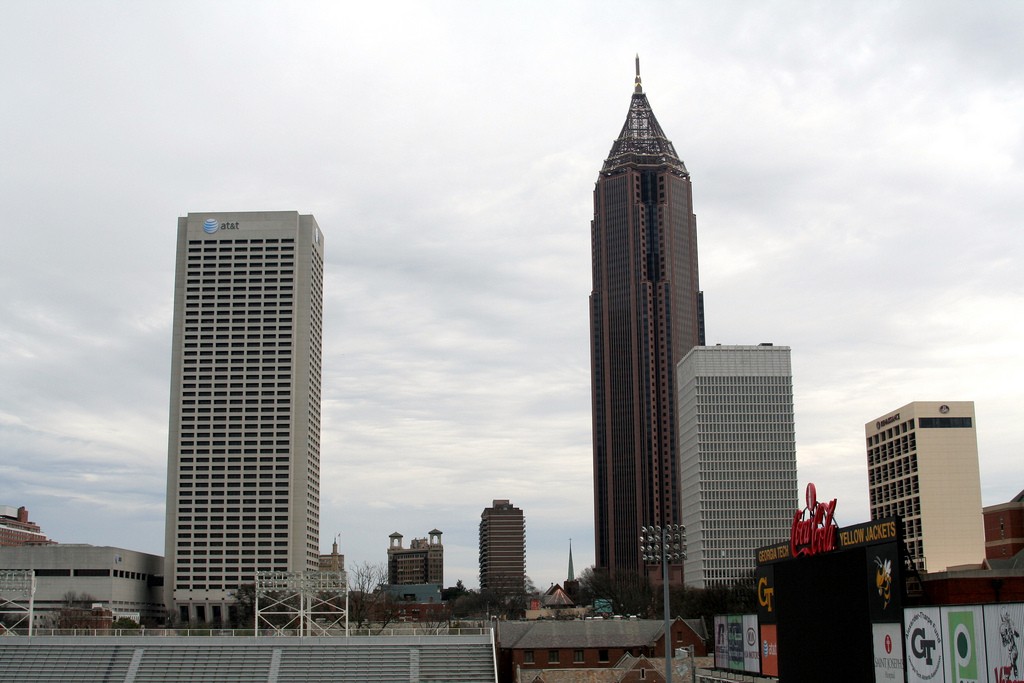 Above:  This 2010 photo shows a view of the top seating section of the greatly expanded Grant Field.  Image courtesy Hector Alejandro's Flickr account.