Poking around the Atlanta History Center's photo archives the other day, I stumbled across some rather odd photos featuring Guy Sharpe, WXIA's long-time weatherman.  Or is it meteorologist?

According to the caption on the AHC site, Sharpe was getting made up for a dinner party thrown to celebrate the release of one of the sequels to the 1968 movie Planet Of The Apes.  As you can see, Sharpe made a mighty convincing simian.  Scroll down to see a couple photos of the waiters, who were sporting some fantastic gorilla masks.

The photos were all taken by Boyd Lewis, a noted photographer who spent many years here in Atlanta before moving to Southern California.  His website can be found here. 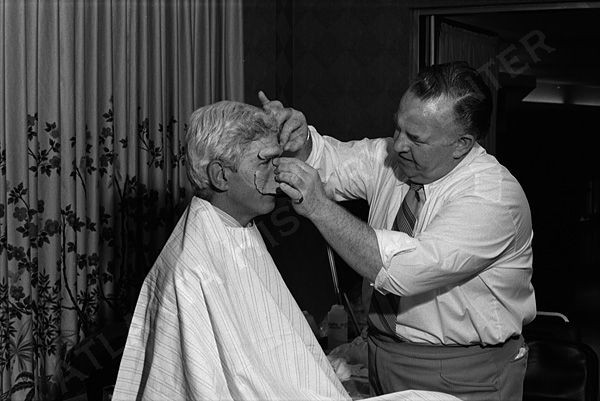 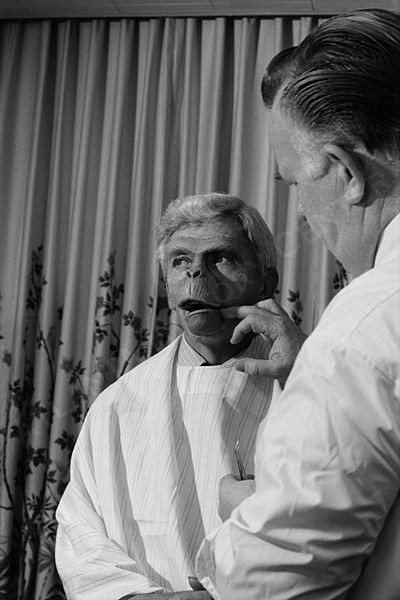 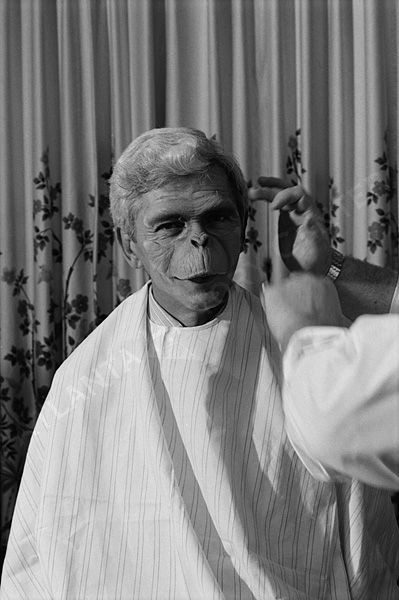 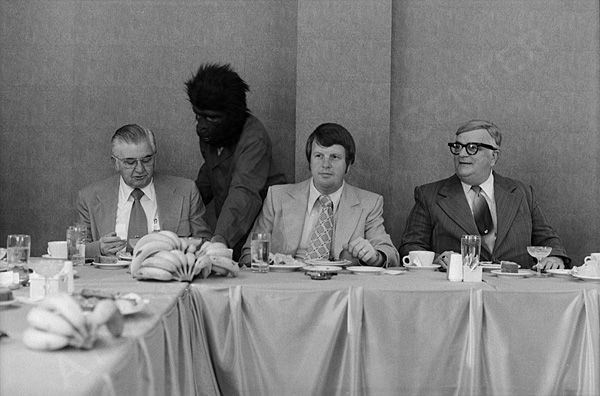 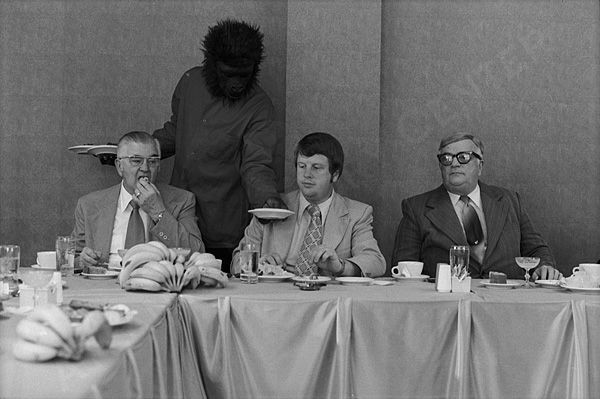 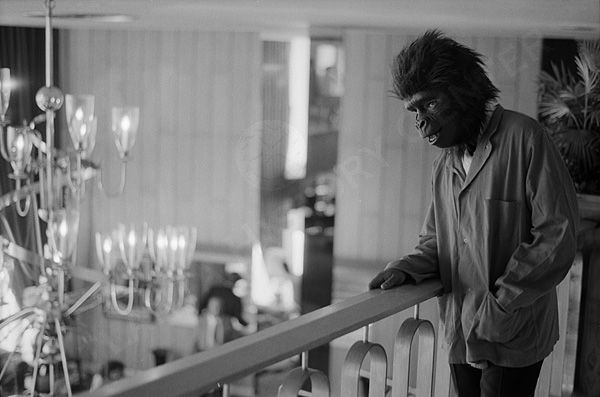 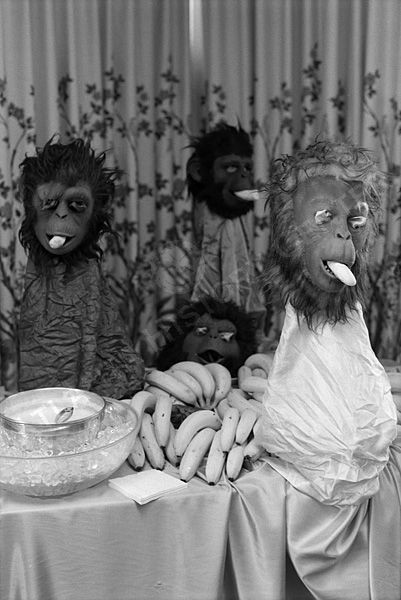 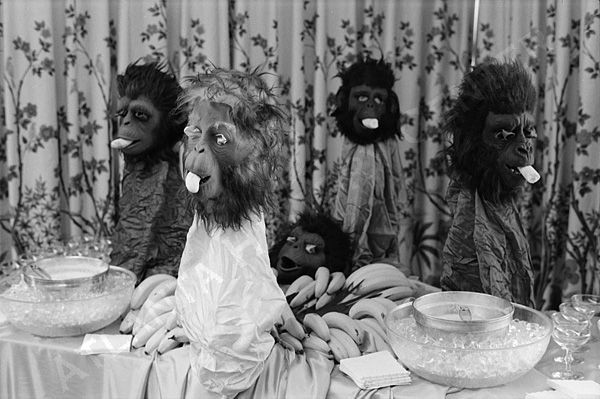