Here's Herndon Stadium, on the campus of Morris Brown College, as seen on a postcard.  The stadium, named after Alonzo Herndon, was completed in 1948 at a cost of $400,000.  Herndon was born into slavery in 1858, and went on to found the wildly successful Atlanta Life Insurance Company.  Before his death in 1927, Herndon's business savvy made him Atlanta's first black millionaire.        Google map

On May 28, 1959 Herndon Stadium was the site of a superb concert at which Ray Charles recorded his fantastic and critically-lauded  live album Ray Charles In Person.  Also on the bill that evening were Roy Hamilton, B. B. King, Ruth Brown, and the Drifters.  The recording was made without Charles' knowledge by Zenas Sears, a disc jockey on WAOK.   Scroll down to see a Billboard ad touting the album's release in 1960. 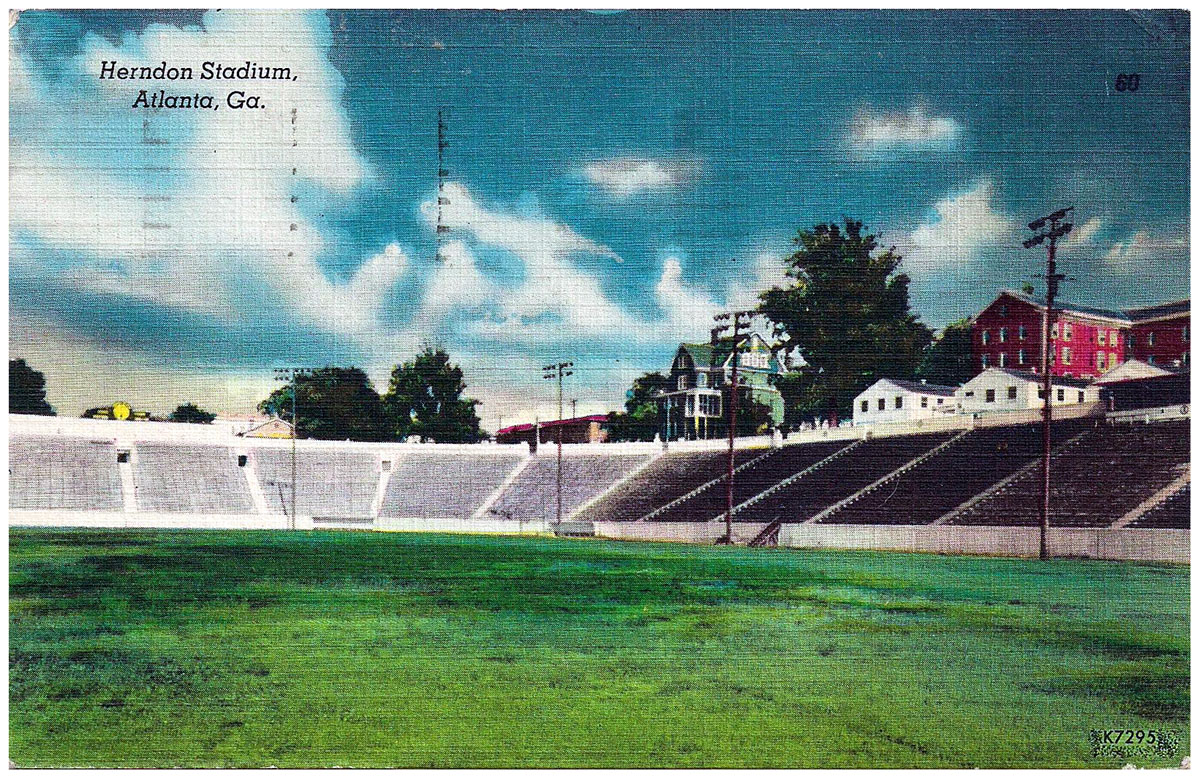 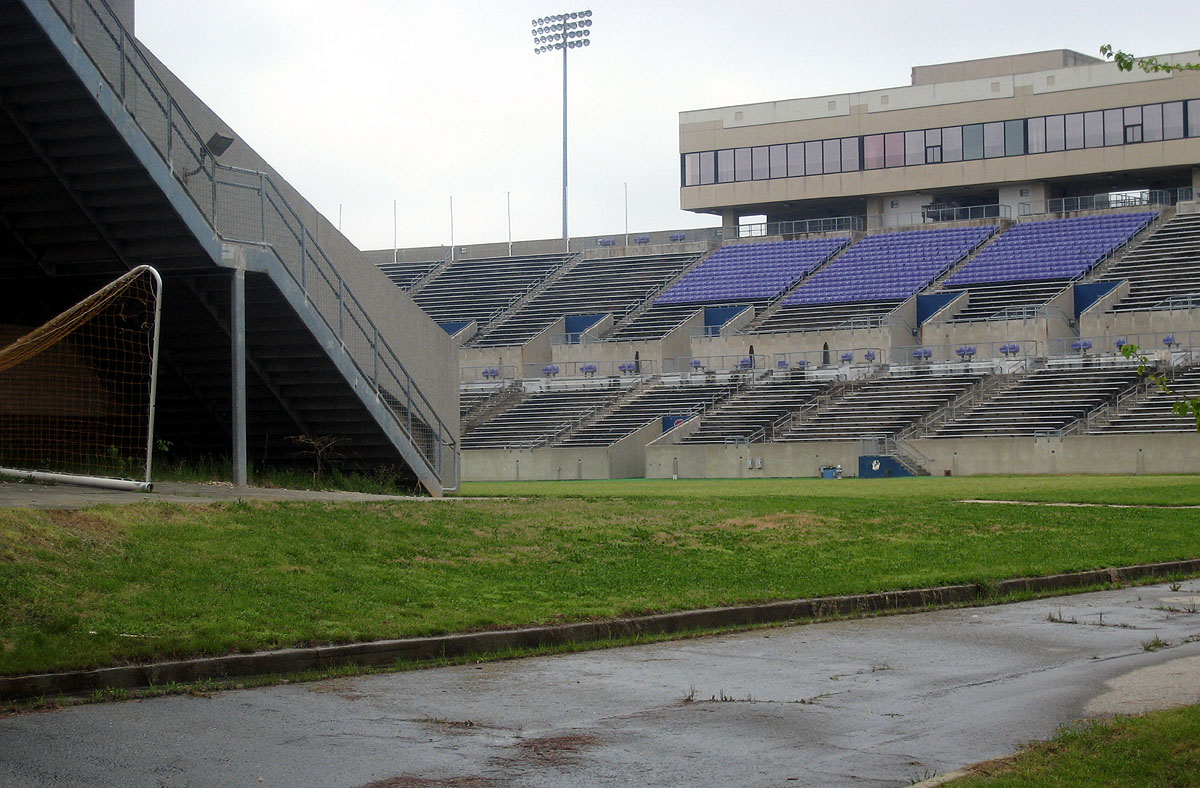 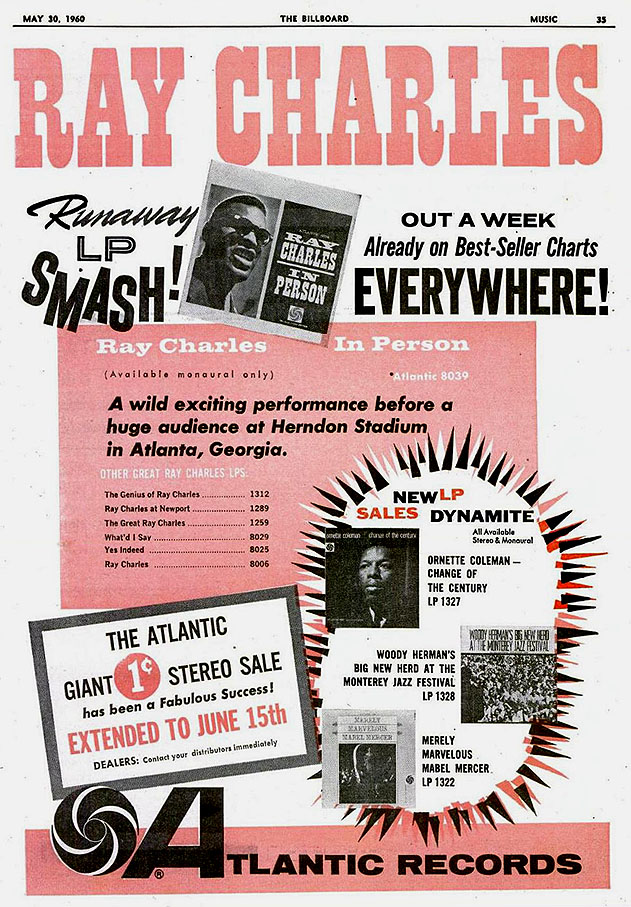 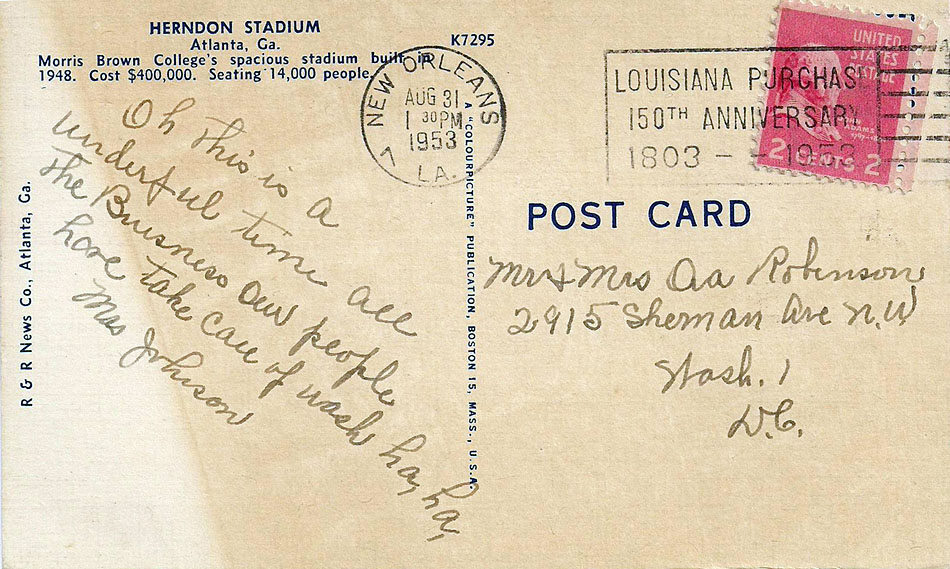