In August 1962, the Kim Sisters brought their act to Atlanta's Copa Club which was located at 114 Ponce de Leon Blvd.   The Kim Sisters came to America in 1959 to play a 4 week engagement at the Thunderbird Hotel in Las Vegas.  They eventually became popular enough to get a booking on the Ed Sullivan Show.  Sullivan liked them so much he had them back for a total of 22 appearances.   More information about the Kim Sisters can be found in this article, published in Asian Life magazine. 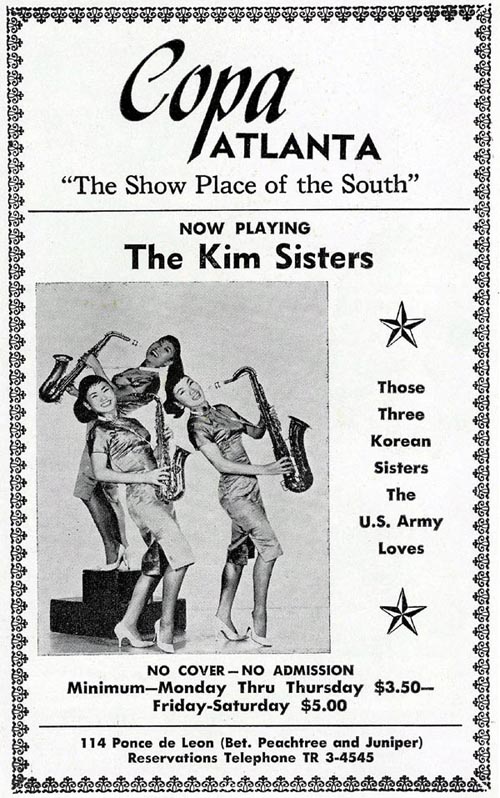 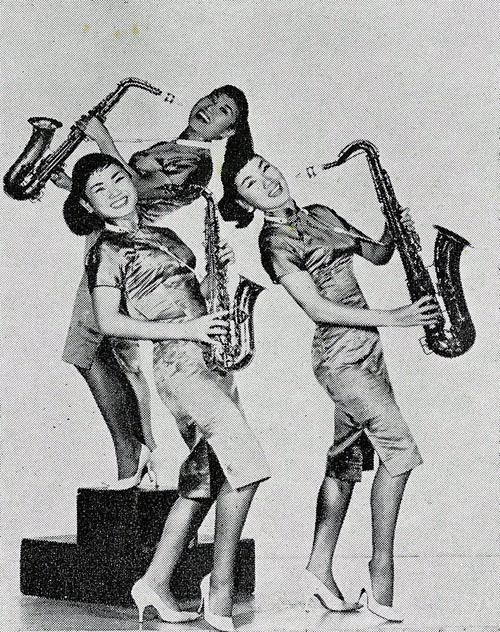 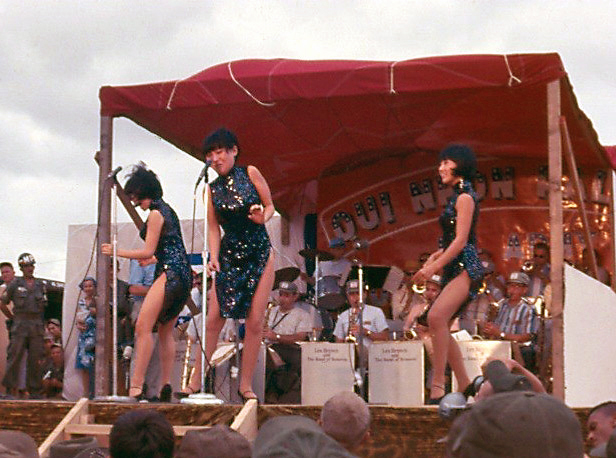 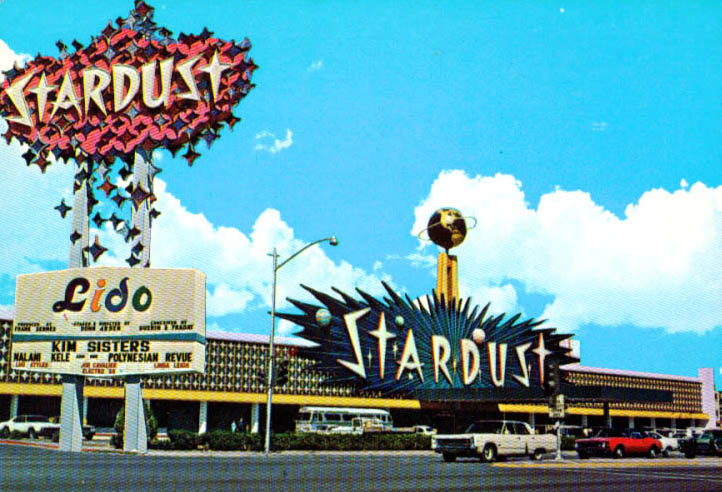 Above is a mid 1960s postcard showing the Stardust Hotel in Las Vegas when the Kim Sisters were appearing there.