Animals living at the Atlanta Zoo (now known as Zoo Atlanta) used to have a really tough time of it.  Seen below is a vintage postcard depicting the sterile and prison-like nature that characterized cages throughout the zoo.  No wonder the leopard looks like he wants to swat somebody's damn head off.

A 1987 article about the zoo in the New York Times started this way:

Three years ago the Atlanta Zoo was considered among the 10 worst in the nation. The cages were filthy, their inhabitants were decrepit and macabre tales were told of animals mysteriously dying, being sold off to circuses or victimized by inept and untrained workers.

Under the leadership of director Terry Maple, dramatic improvements were made to the way the zoo ran and the entire operation was greatly revitalized. 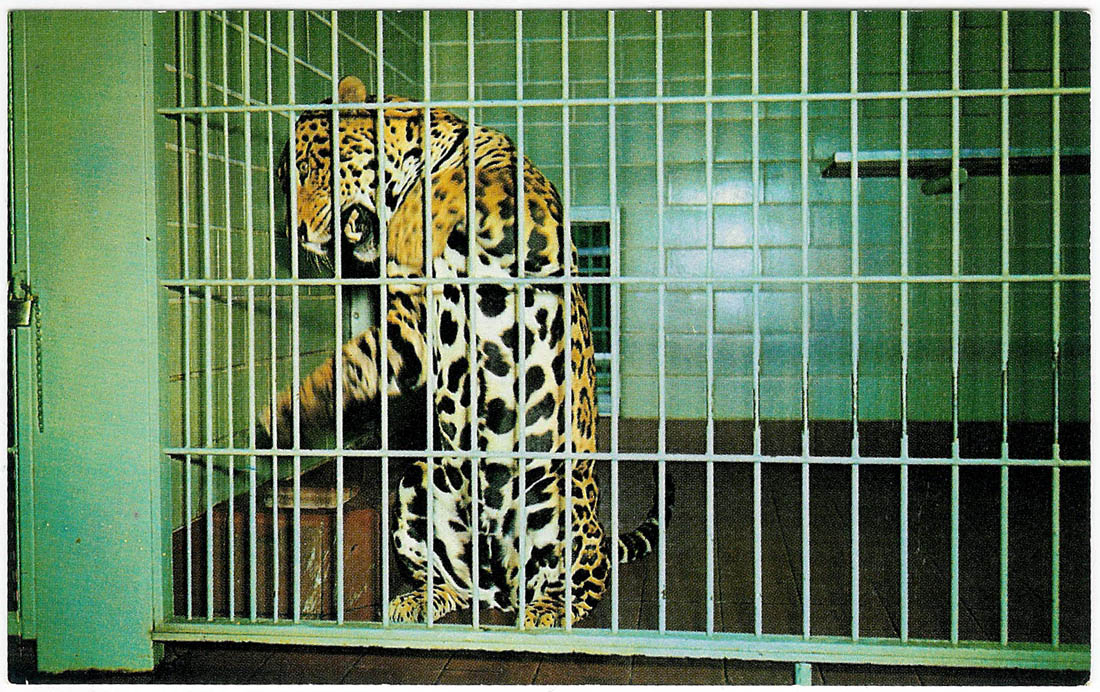