This 1947 photo looks north west along McDonough Boulevard toward its intersection with Eric Street, a bit west of the Federal Prison, which is also on McDonough.   One of the neighborhood's longtime economic engines was General Motors' Fisher Body plant, which opened in 1928.  At some point after this photo was taken, the plant expanded its operation and occupied the south side of McDonough Street, the area where the steak house can be seen on the left.  The plant closed its doors in 1990.   Top photo courtesy of the Georgia State University Library Archives (File #LBGPNS7-167b).  Lower photo: January, 2013.     Google map 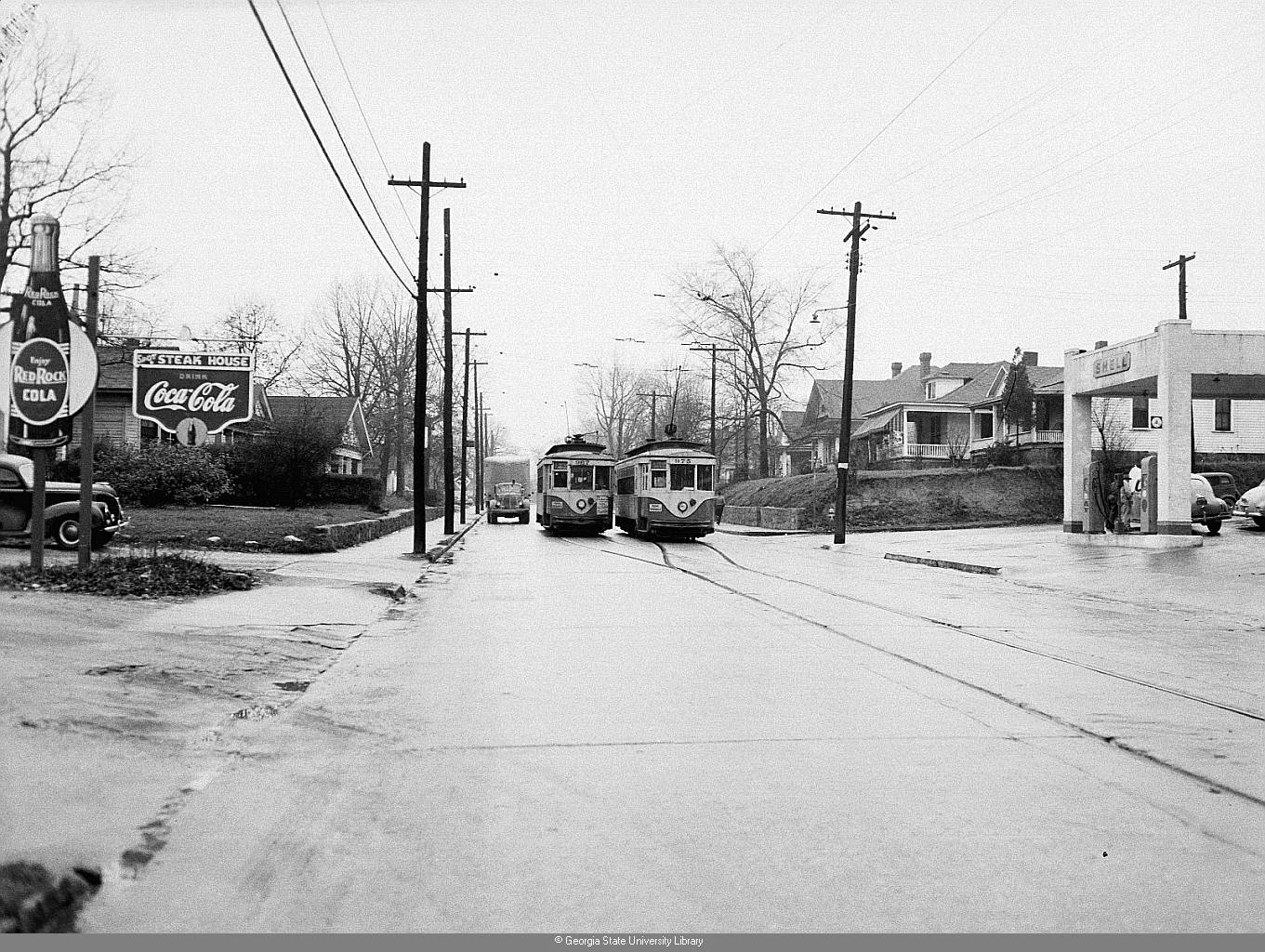 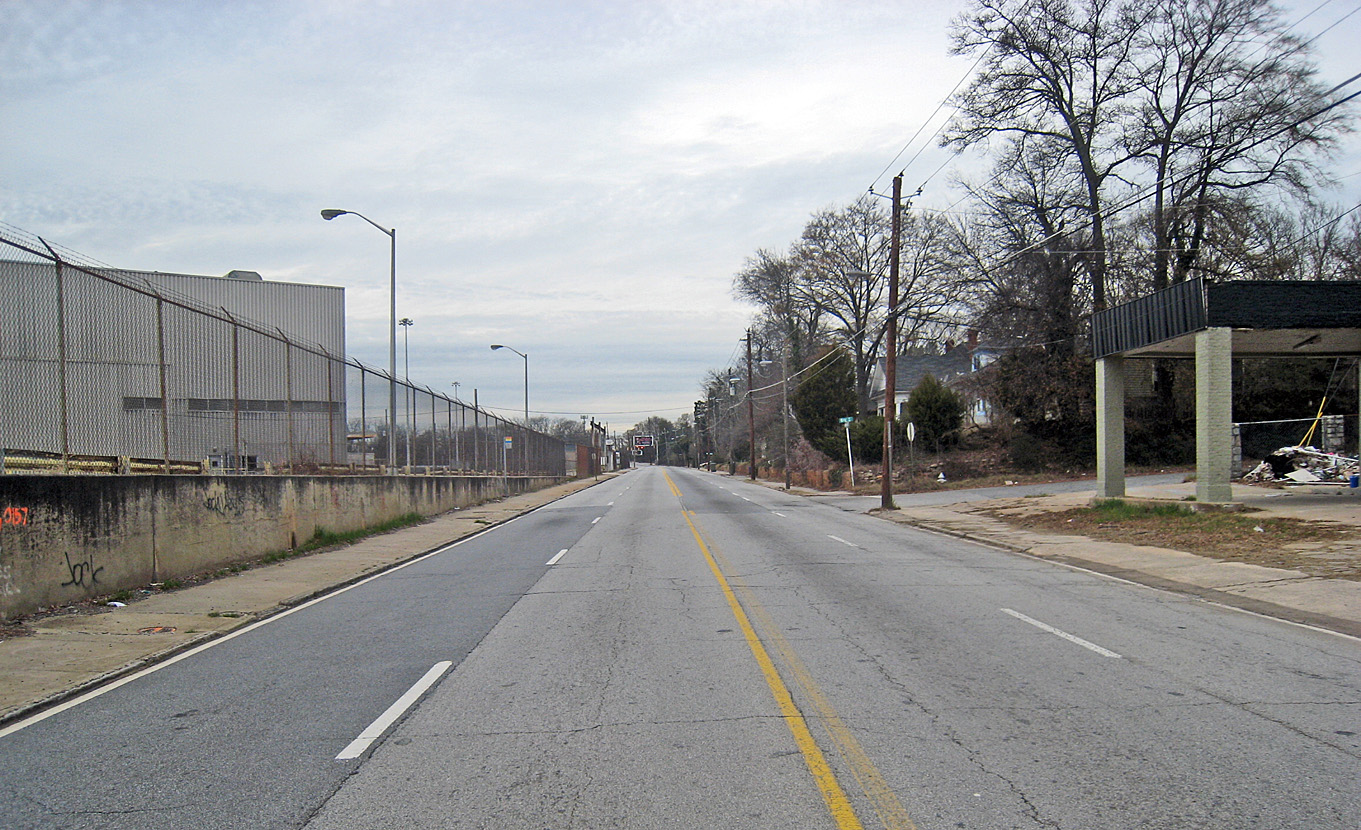 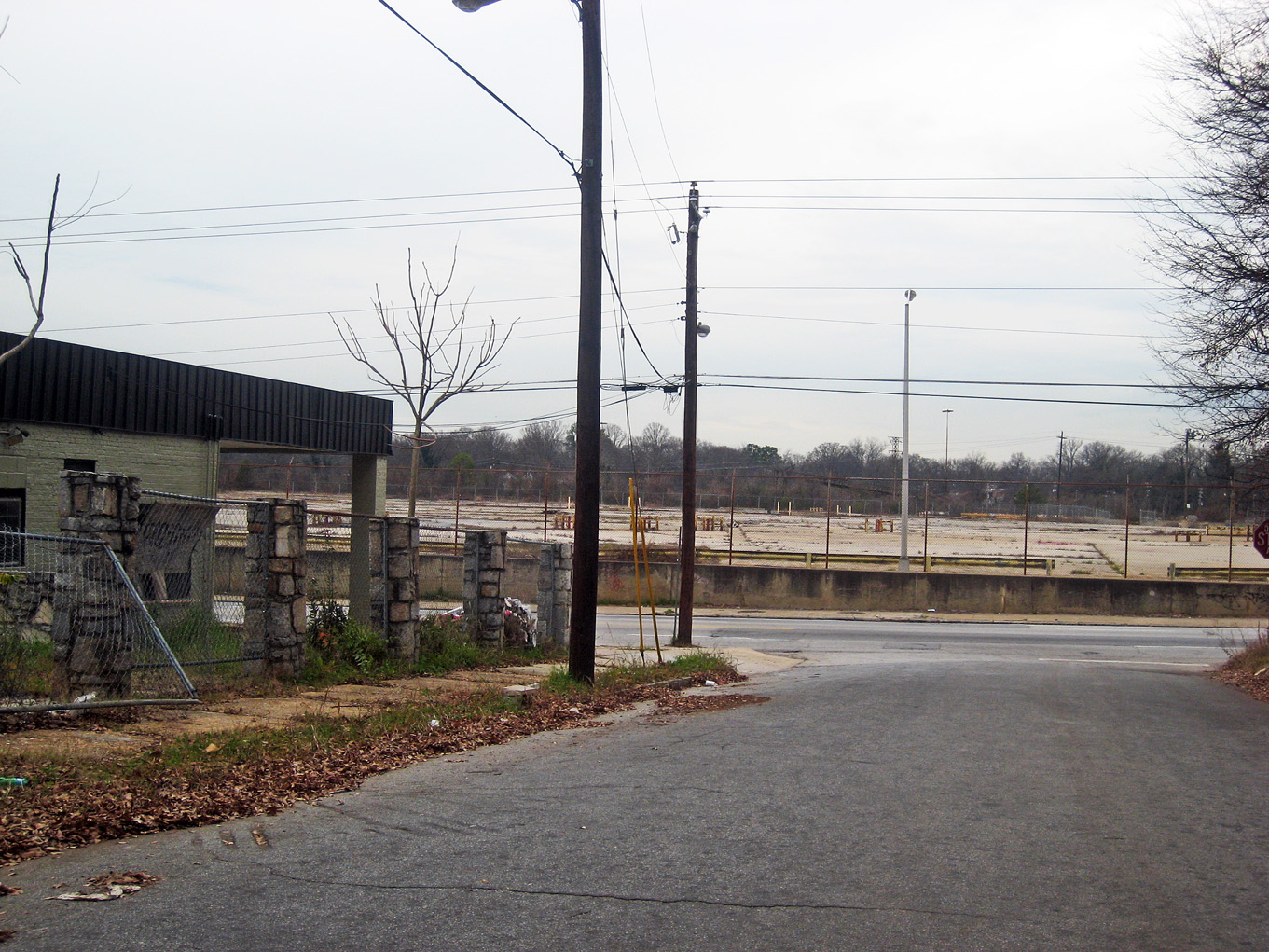