This 1970s postcard features the Belgium-made organ that was played to provide accompaniment for the Atlanta Braves at Atlanta-Fulton County Stadium.  The restored 1890s pipe organ, known as the Mighty Mortier, was provided by the Musical Museum in Underground Atlanta, which can be seen in the background of this elusive postcard.  The Musical Museum was run by Lee Edwards, an expert piano tuner noted for his ability to make and restore musical instruments and for his talents as an organ grinder and monkey trainer.

Don't confuse the Mighty Mortier organ with the similarly named instrument that lives at the Fox Theatre.  That one (known as the Mighty Mo) was custom built for the Fox in 1929 by M. P. Möller Inc. of Hagerstown, Maryland. 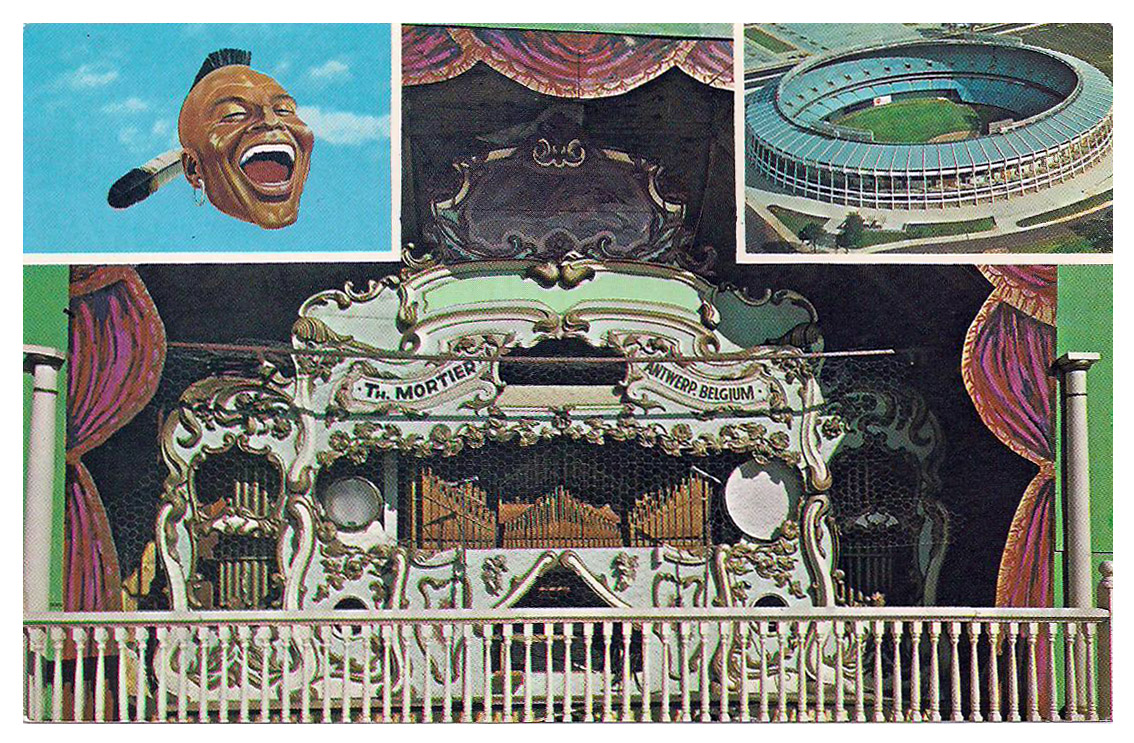 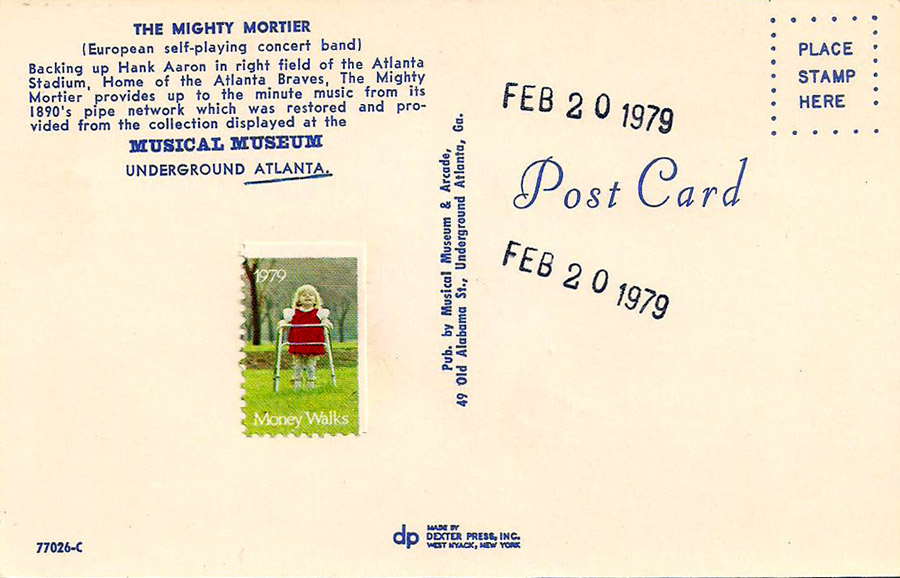