The Riviera Motel, which you'll see if you scroll down a bit, was located at 1630 Peachtree Street, (Google map) just before Peachtree Street crosses over the Downtown Connector and Midtown yields to the south end of Buckhead, at least by the reckoning of many folks who've been here far longer than I have.

Before the construction of the Riviera, this piece of very desirable real estate was the site a stately and graceful southern home situated on a knoll overlooking Peachtree Street.  The house was built in approximately 1895 for Colonel Clifford L. Anderson, the founder of Trust Company Of Georgia who was also an attorney and state legislator.  The Anderson family named the estate "La Colina" (The Hill).

In 1912, La Colina was purchased by the Washington Seminary, founded in 1878 by Anita and Lola Washington, grand-nieces of George Washington.  From 1912 until it was torn down in 1955, this building housed the Washington Seminary which served as an education facility for fashionable young ladies.   I've always thought of seminaries as places where priests or ministers were trained and educated, but my dictionary informs me that one of the definitions of seminary is "a school of secondary or higher level for young women."  News to me. 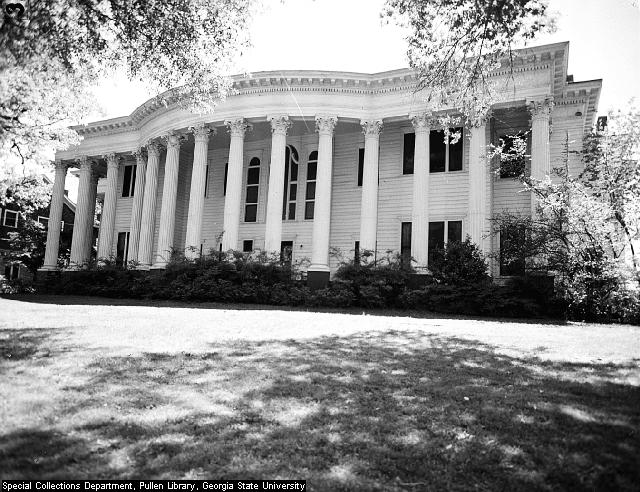 The photo below  shows the Riviera Motor Hotel as it appeared in 1961.  That picture and the Washington Seminary photo above appear courtesy of the Special Collections Department, Pullen Library, Georgia State University.   GSU File:  LBGPF6-026a

Today, this spot is occupied by an apartment complex. 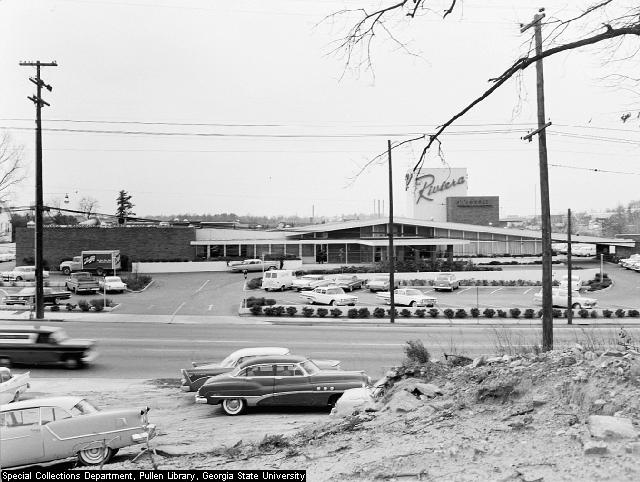 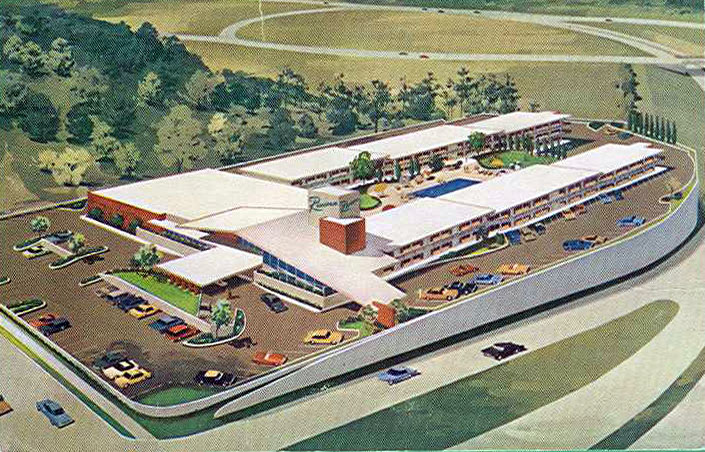 A very similar artist's rendering can be seen on the preceding page (over here).

The two images below come from a mid-1960s postcard for the Riviera Motor Hotel. 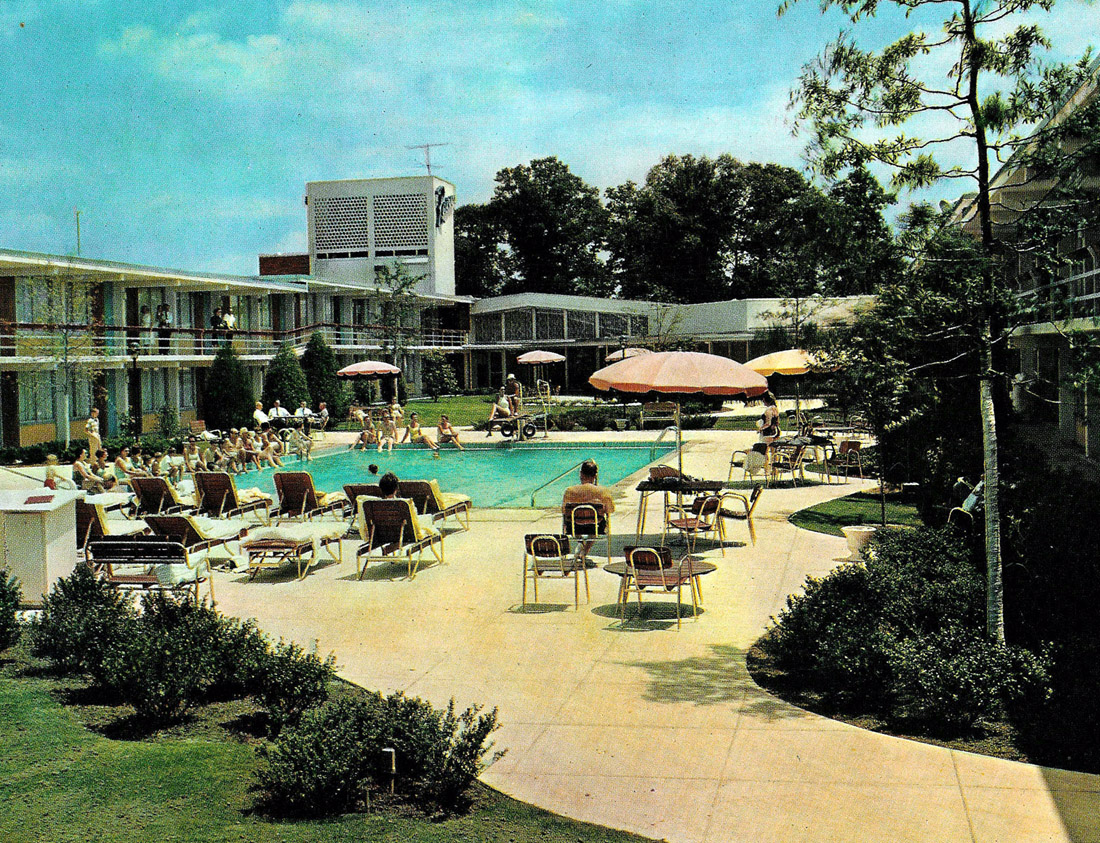 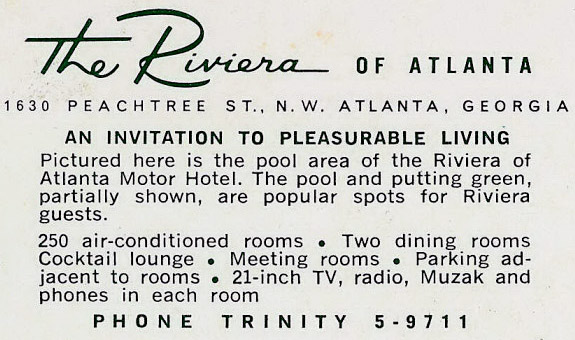 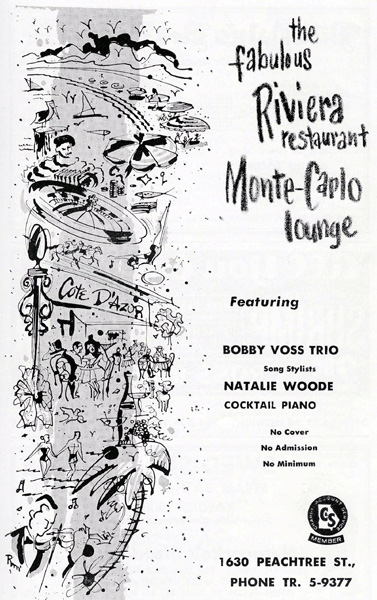