Here's a postcard showing Piedmont Park's Lake Clara Meer as it appeared in the 1950s, long before skyscrapers had arrived in midtown.  The 2013 shot below makes visible Atlanta's dramatic growth during the intervening 5 or 6 decades.  I took the accompanying 2013 photo from the east side of the lake looking west, but I'm now convinced I should've taken it from the west side of the lake mostly because the 1910 boathouse building isn't visible at all in the earlier photo.  Use your imagination. 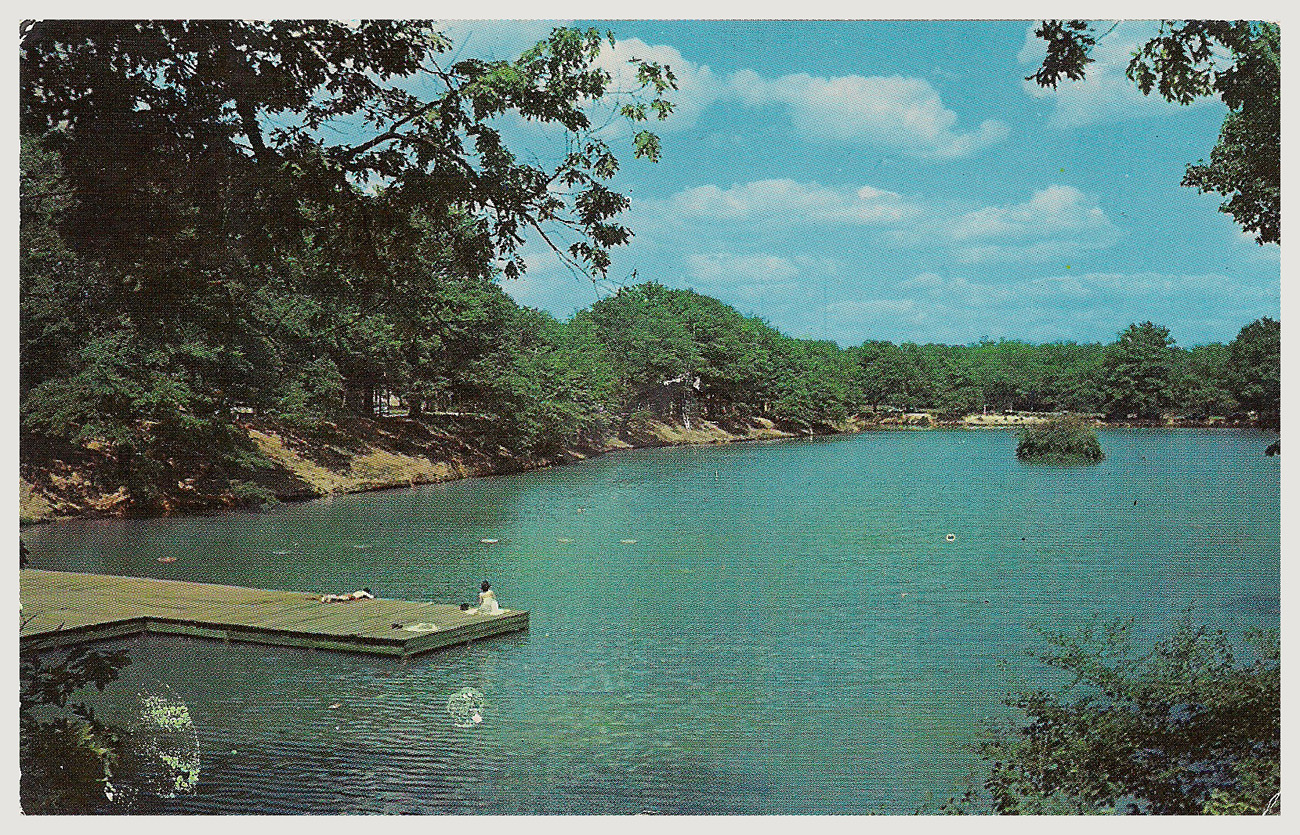 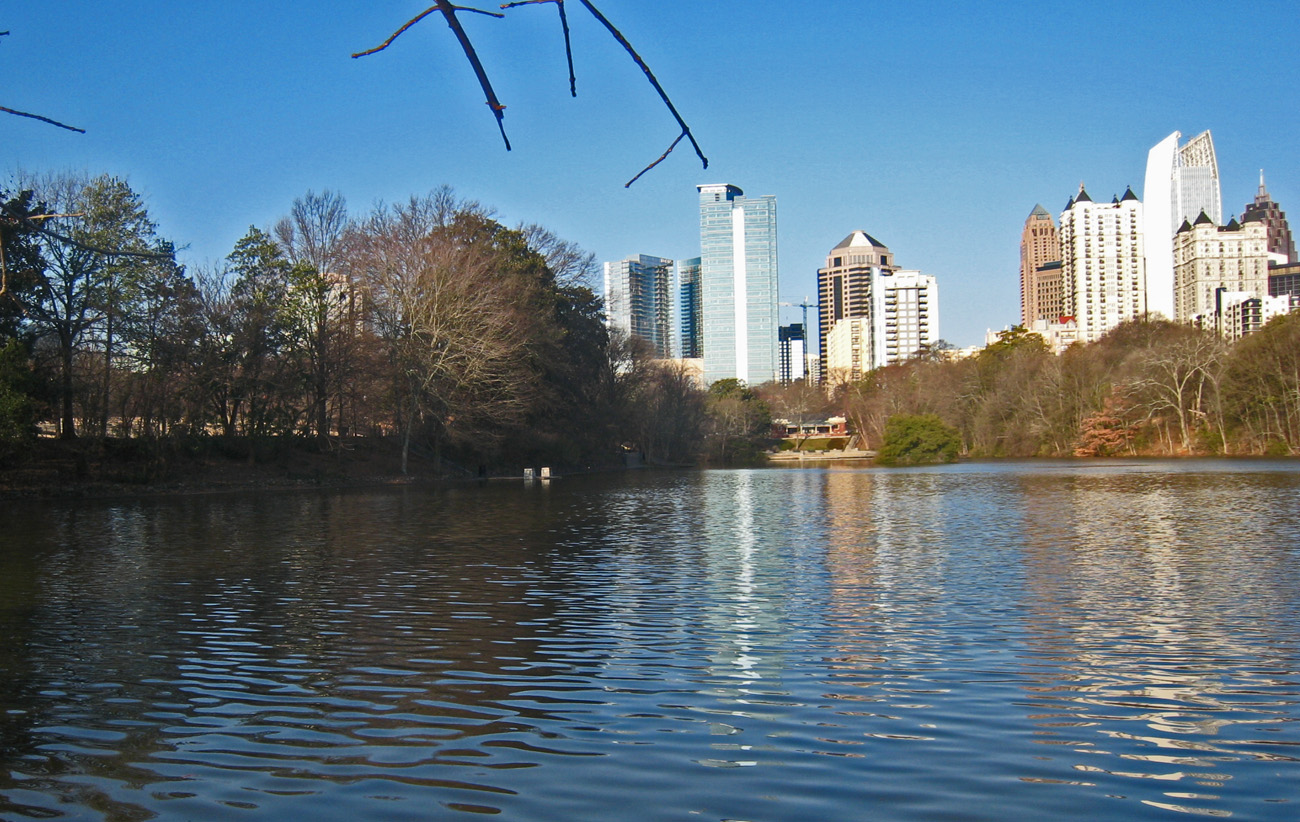 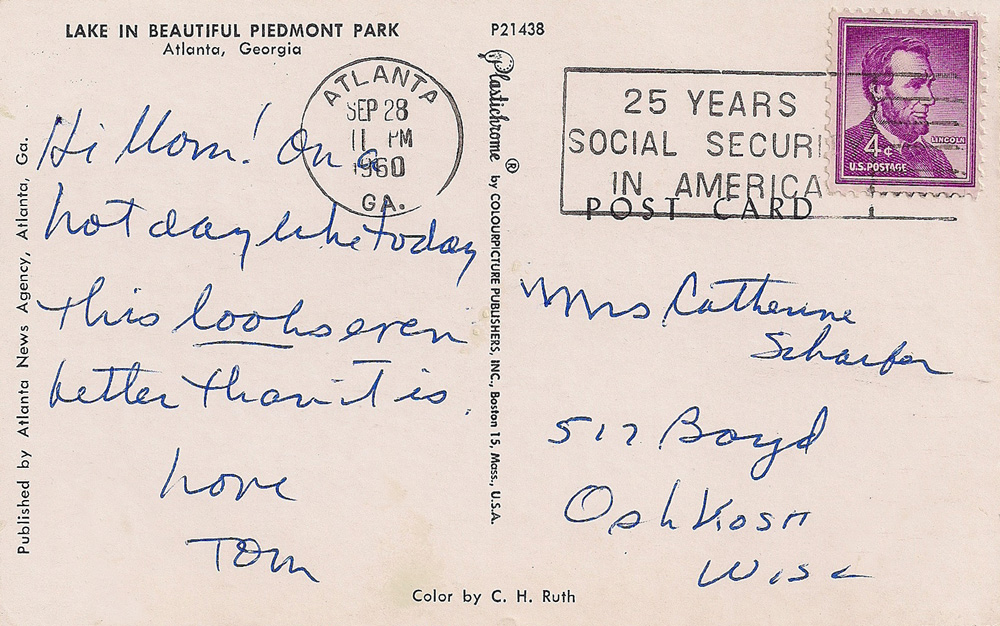