The St. John's Lutheran Church building, located at 1410 Ponce de Leon Avenue NE, was originally built as a mansion for several members of the Venable family, owners and operators of the Southern Granite Company, which oversaw quarrying operations at Stone Mountain, Arabia Mountain and Pine Mountain.  Known at the time of its completion in 1914 as the Stonehenge Mansion, the house was made with granite from the Stone Mountain quarry and later sold to St. John's Lutheran church in 1959 for $60,000.  The circular sanctuary that now stands in front of the house (and is referred to in a note scrawled on the back of the postcard seen here), was completed in 1969 and is also constructed with Stone Mountain granite.

A much more extensive appreciation for this fine building, complete with a plethora of photos both inside and out can be found at the always informative Architecture Tourist blog.     Google map 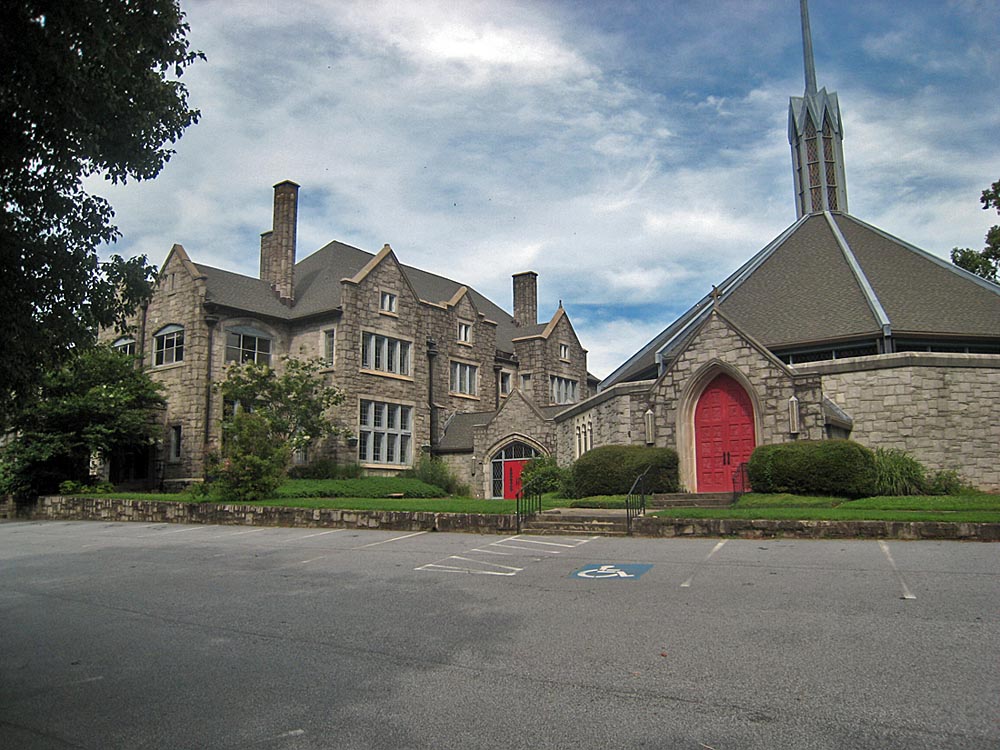 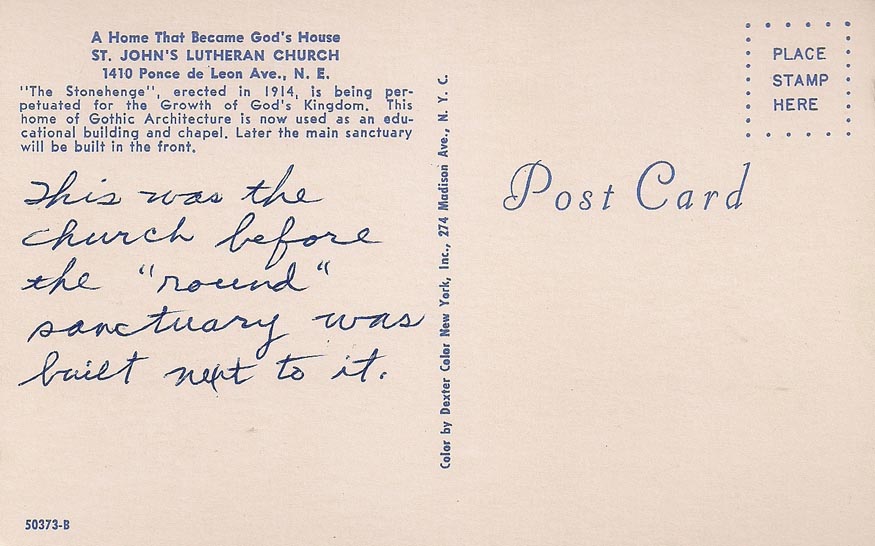