Yesterday, when I published a 1972 map that showed planned routing for two failed road proposals (Interstate 485 and the extension of the Stone Mtn. Freeway toward the Downtown Connector), I mused about how great it would be to have a more detailed version of the planned pathway of the Stone Mtn. Freeway as it cut through Medlock Park and toward Druid Hills.  And that's exactly what you see below.

Today, without even being asked, David Henderson amazed me by sharing a Dekalb County map from 1983 showing the proposed route (as seen along the red dotted line).  The proposal was officially killed at some point a few short years later.

As always, thanks for sharing your priceless archives, David. 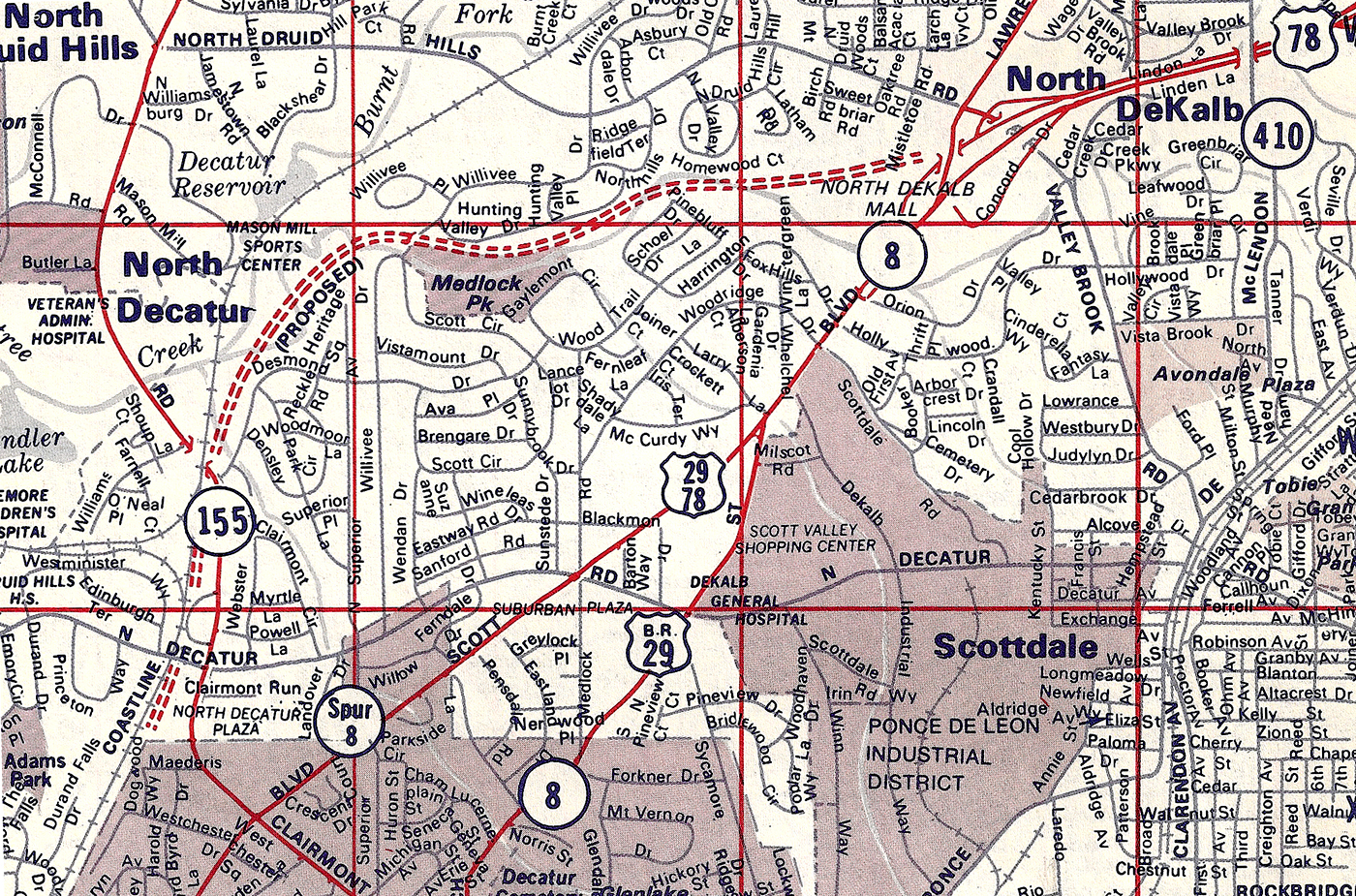