Thanks to Chuck Sears for sending this postcard my way.  Chuck writes: "This is a postcard of one of the classic old steam engines that were used in the Stone Mountain Indian/Civil War shows.  It is The General II, a reproduction of the engine featured in the Great Locomotive Chase movie of an actual Civil War event.   The passenger cars were also real and of the same mid-1800s period.  On busy days two trains were used, the other being The Texas II, each halfway around the mountain from the other.

Stone Mountain now uses 1940s diesel engines and open-air passenger cars and no longer features a show on the ride."

In 1967, Chuck, then a college student, had a summer job as one of the rampaging Indians in the Stone Mountain shows that were a daily feature back then.  Scroll down for a great b&w photo of Chuck and a few of his fellow Indians greeting the camera. 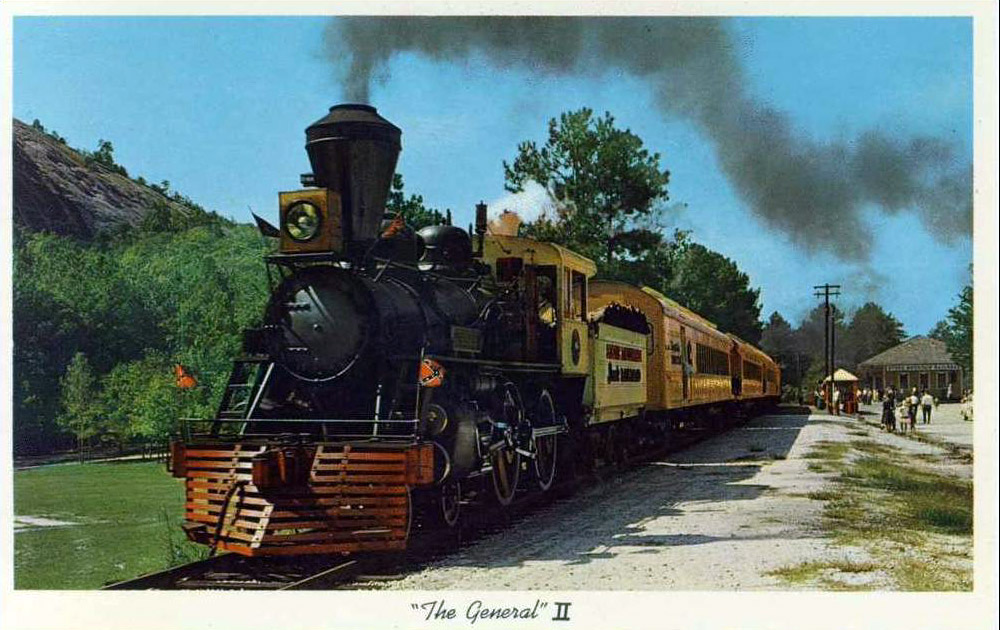 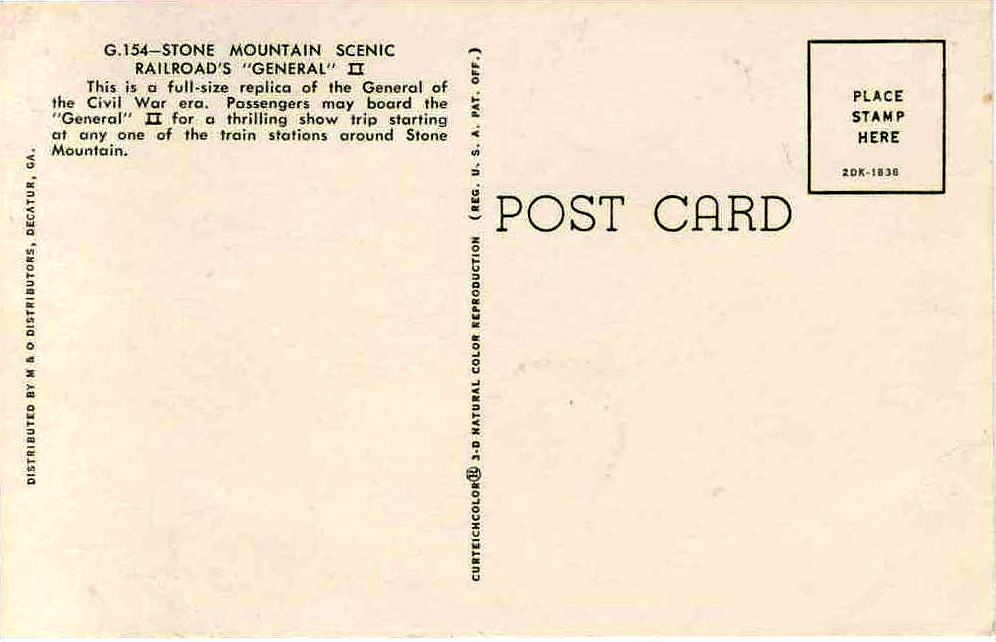 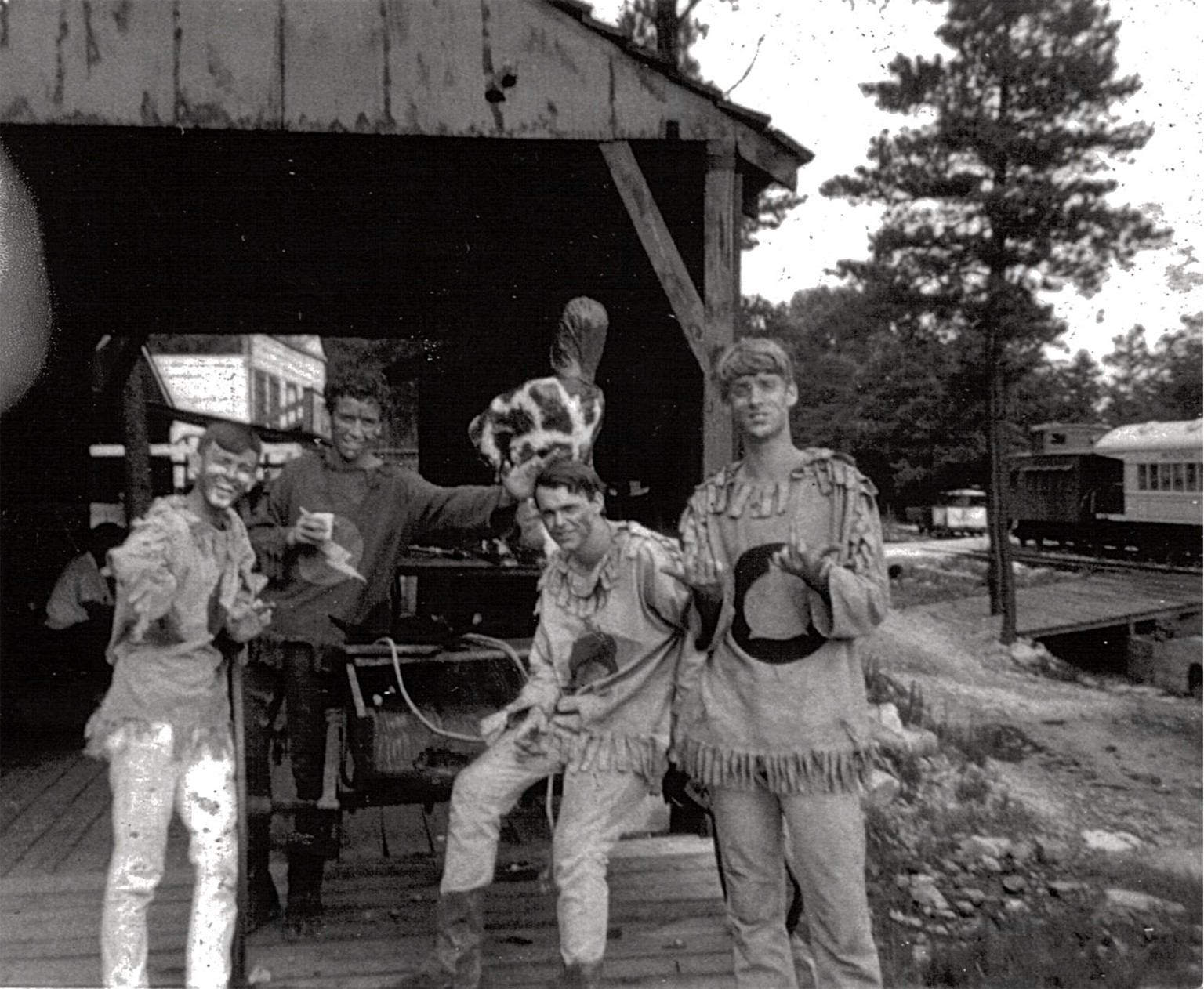