Stone Mountain Park's covered bridge was built in 1891 and originally located in Athens, Georgia, where it was known as the College Avenue bridge and spanned the Oconee River.  By 1965, it was deemed no longer safe for traffic, so it was sold to the park for $1 and relocated at a cost of $18,000.  One assumes some repairs were done before it re-opened in Stone Mountain.

The bridge was constructed by Washington King, son of the famed bridge builder (and freed slave) Horace King.  There are plenty of references online that indicate that the bridge was built by Horace in 1891 (instead of '92), but that can't be the case as he died in 1885, six years before the bridge's construction.   My source is Horace's biography, Bridging Deep South Rivers: The Life And Legend Of Horace King, by John S. Lupold and  Thomas L. French Jr. (2004).  More Stone Mountain postcards can be seen here. 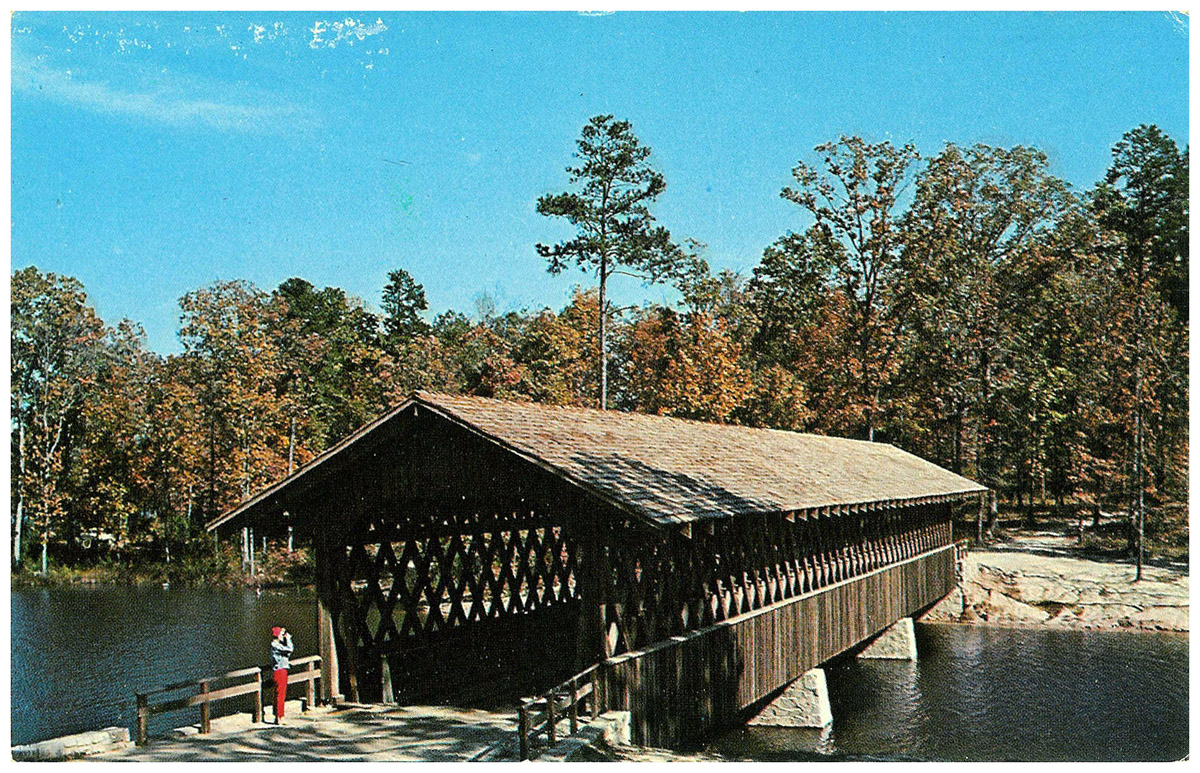 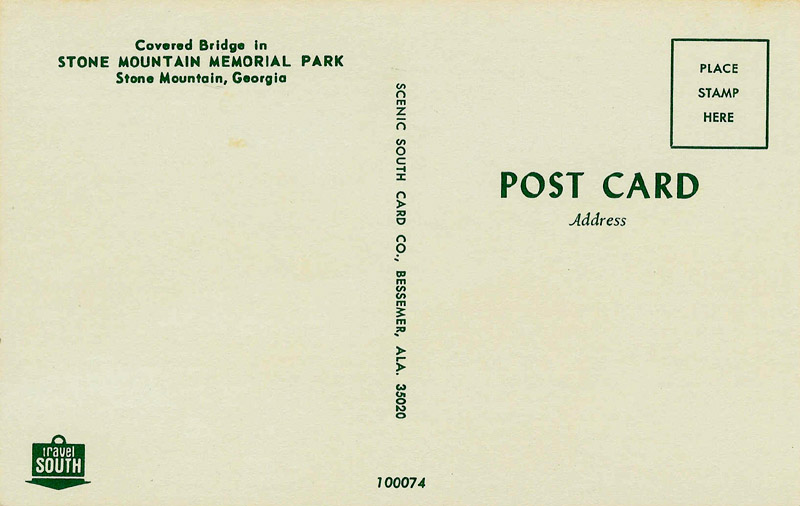