While they did not make it all the way to the Super Bowl, the Falcons did manage to finish the season with a 12-4 record, earning them a division title for the first time in their 15 year history.  Unfortunately, the Dallas Cowboys narrowly defeated the Falcons by a score of 30 to 27 in the divisional playoff game and the Falcons 1980-81 season came to an end.

Thanks to Chuck Sears for the song and the label scan. 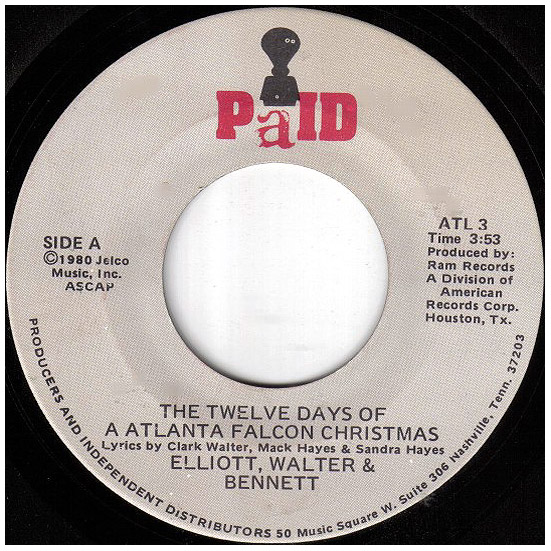