This is North Main Street SE in Jonesboro.  Near the top of the photo N. Main Street merges into Tara Boulevard, which is where Gleason's car lost its roof.  The sign in the upper right corner of the movie photo (the one reading TARA) is still standing.   Just beyond it is a red and blue movie theatre sign.  The original version of this page included a question I posed to no one in particular about whether or not Smokey And The Bandit had ever played that particular theatre.  Chad Cox of Cheyenne, Wyoming wrote in to confirm that it did.  Scroll down to read Chad's recollection of seeing SATB there. 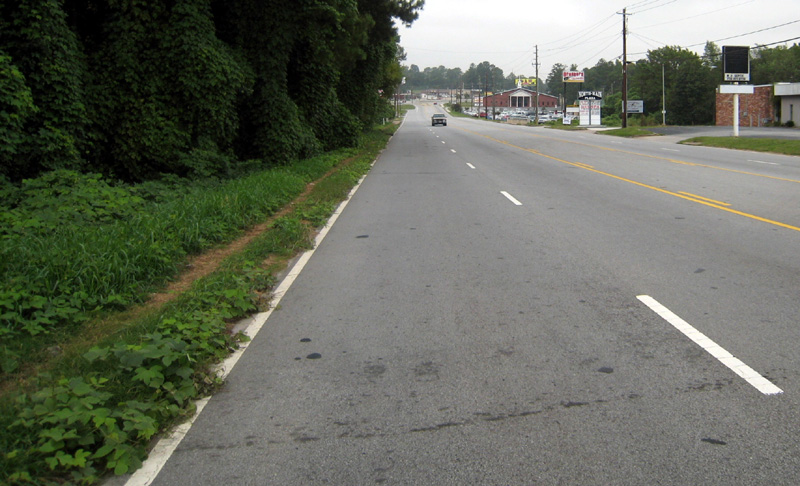 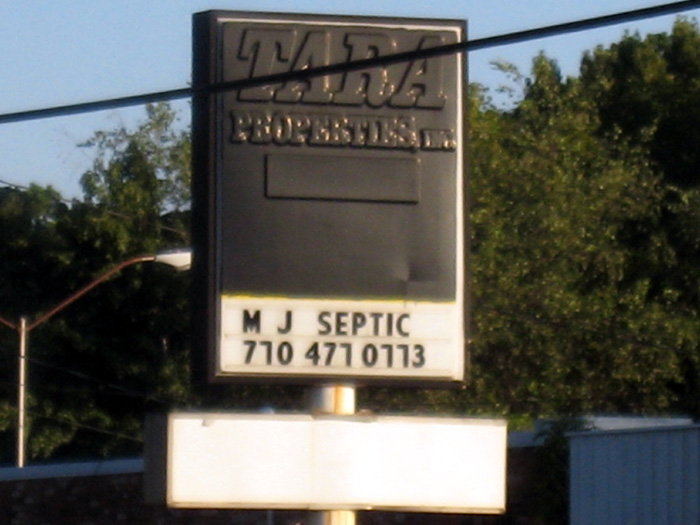