Peachtree at approx 7th Street looking south toward Sixth Street.  The El Morocco Club operated from withing the Peachtree Manor Hotel at Peachtree and Sixth Streets from the 1950s until the late '70s or early '80s.  This October 1955 ad stresses the club's exotic appeal with the image of a native that would probably not be used in contemporary advertising.  The club's sign, which spanned a courtyard along Sixth Street can be seen on this page.  More ads for the El Morocco Club can be found here.         Google map 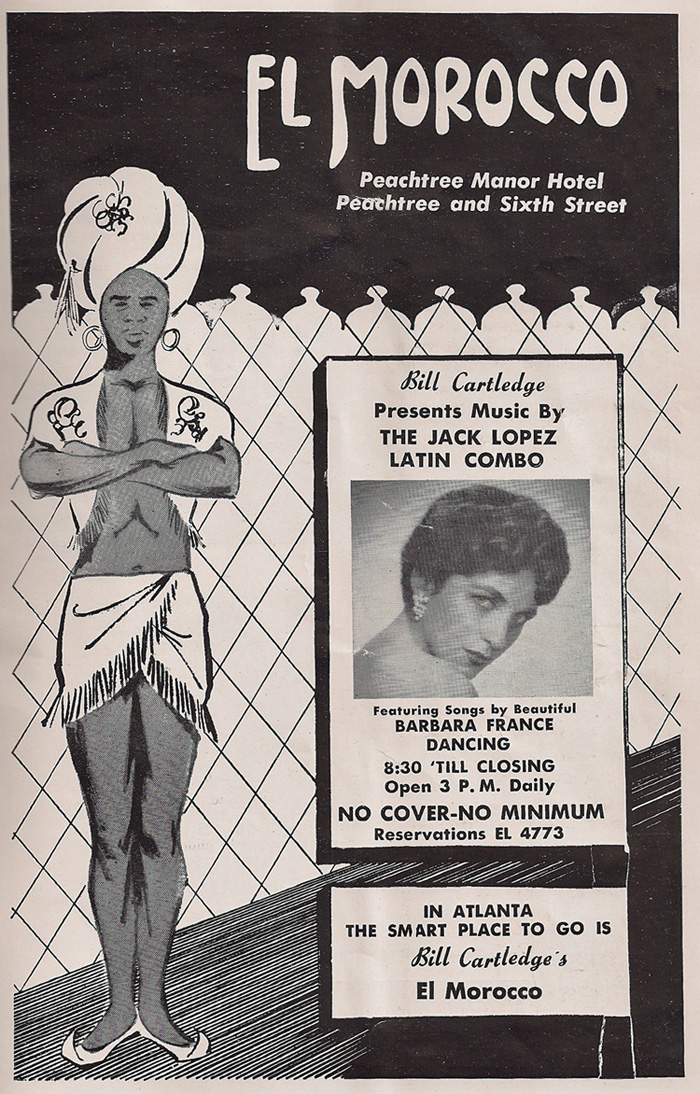 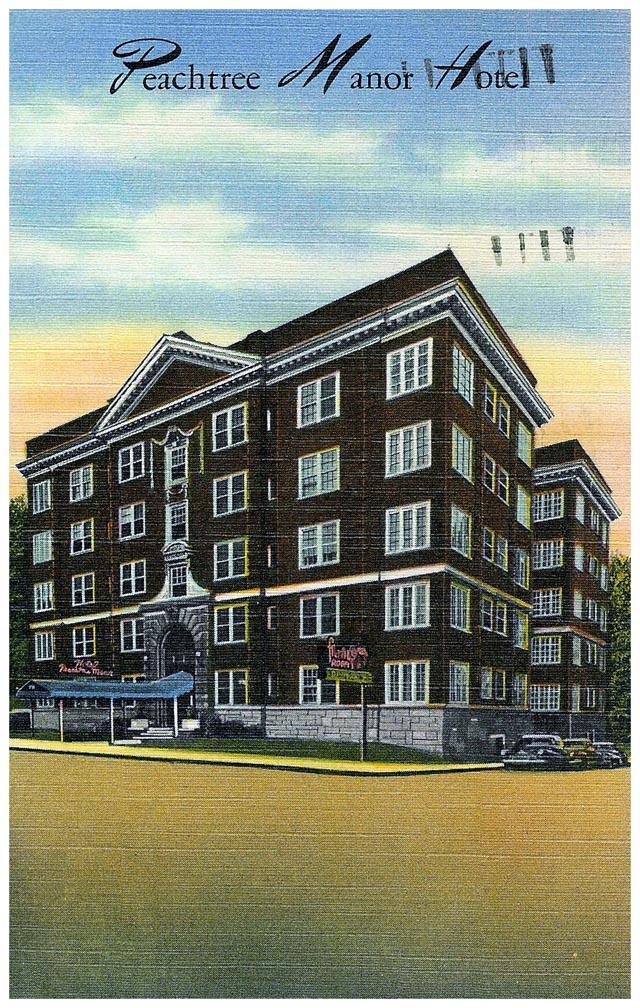