This postcard shows a superb view of the interior of the Atlanta Auditorium Armory, to call it by its full name.  Better known as the Atlanta Municipal Auditorium, this is how  it appeared before a 1940 fire destroyed much of the building.  The Auditorium, originally constructed primarily of red bricks (as seen here), was rebuilt with an exterior composed largely of marble and concrete.   The Austin pipe organ on the far wall was the largest pipe organ in the southern United States.

Thanks to Rick P. for pointing me to this article by Jeremy Craig, where I learned  of the 1940 fire which explains why there are such contrasts between this postcard (pre-fire) and the interior photos below, which were taken after the building was rebuilt.

In 1979, Georgia State University bought the building and it was eventually transformed in the GSU Alumni Hall.

Thanks to the astute Rich P. for pointing out the Jeremy Craig article to me.    And thanks also to Tom G. for additional details and for finding the photo on the bottom of this page. 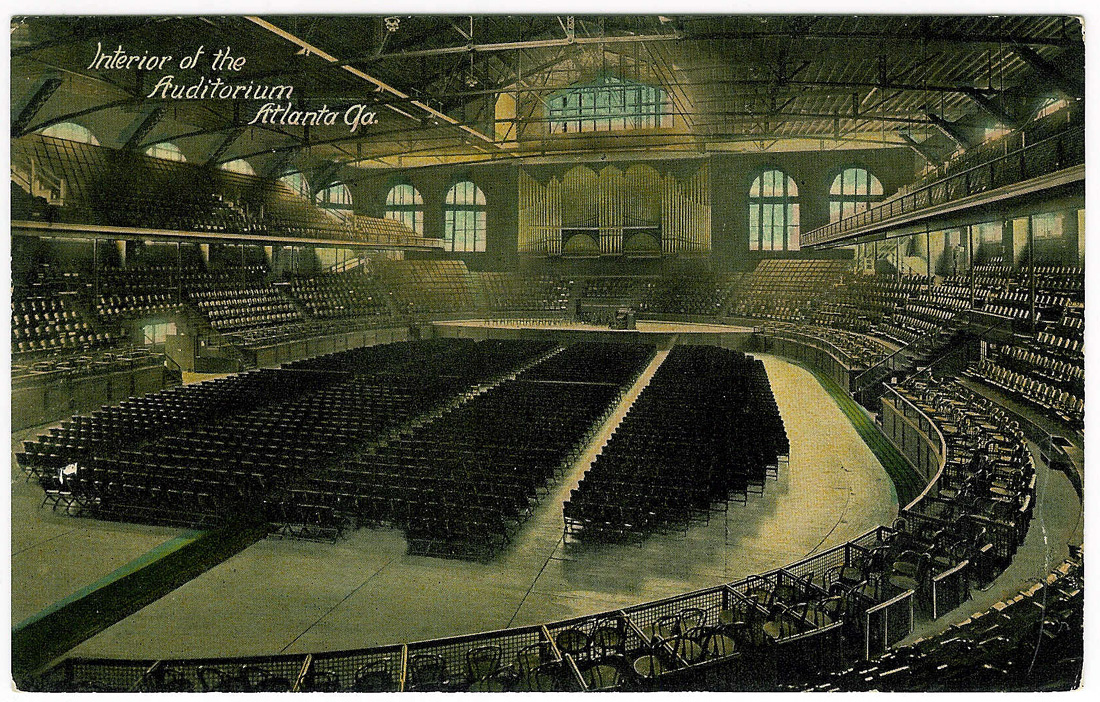 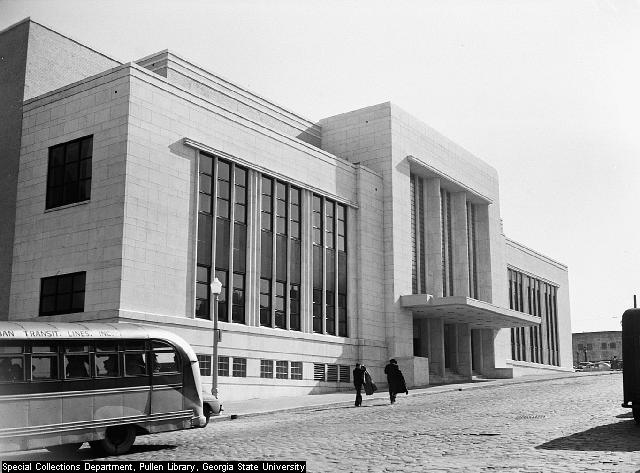 GSU FILE:  LBGPF3-046a  -  This undated photo is the one that most clearly shows the Atlanta Municipal Auditorium's windows as they appeared circa the late 1940s.  They don't seem to be a match for those seen in the postcard image. 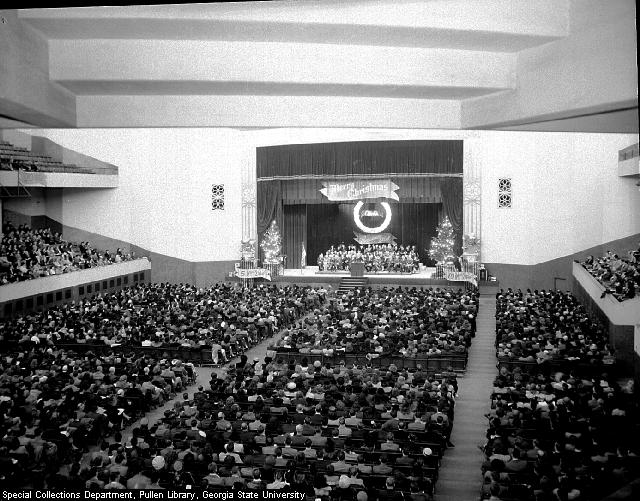 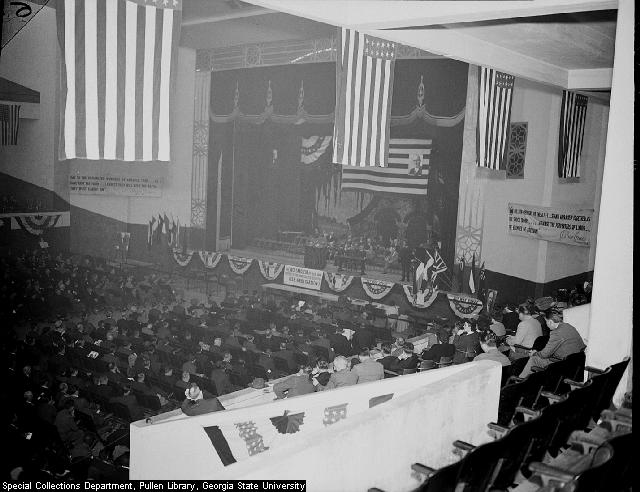 GSU FILE:  LBCE01-019a  -  This 1943 photo shows the interior during an AFL (American Federation of Labor) convention. 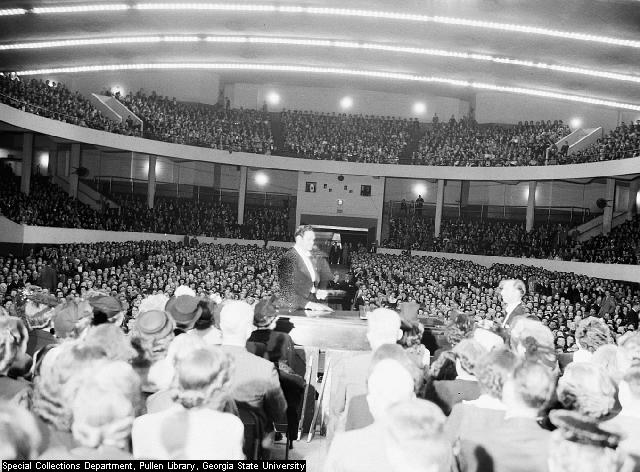 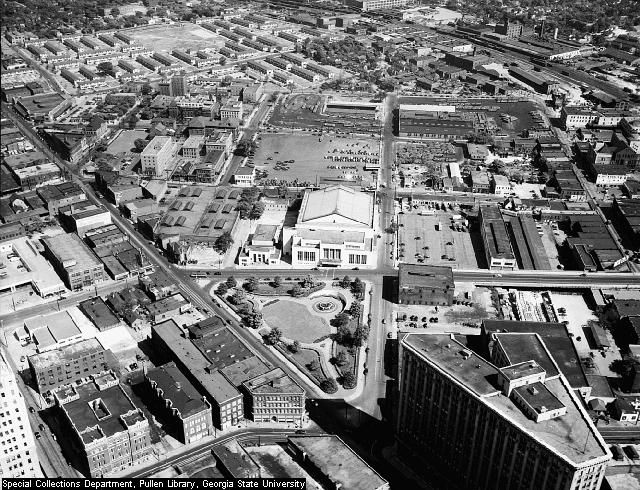