This postcard, mailed in 1923, shows the Atlanta Auditorium Armory, which was completed in 1909.  The building served as both a municipal auditorium and as headquarters for the Georgia National Guard.   A fire destroyed much of the building in 1940 and when it was rebuilt, marble and concrete were the primary materials used rather than the original red brick.  For a great view of the interior of the building (before the 1940 fire) click on the "NEXT PHOTO" button.

Wayne Daniel, author of an excellent book about the history of country music in Atlanta  (Pickin' On Peachtree) goes into great detail about the history of this building in a 7:27 YouTube clip that I can recommend without reservation.   In addition to concerts, wrestling matches, circuses and conventions, this building served as the site of the Georgia Fiddlers Championship from 1913 - 1935, featuring performances from the most talented fiddlers in the state.

If you want to know more details about the history of the building, check out Jeremy Craig's article, written for the Georgia State University website.  Thanks to Rich P. for pointing it out to me.           Google map 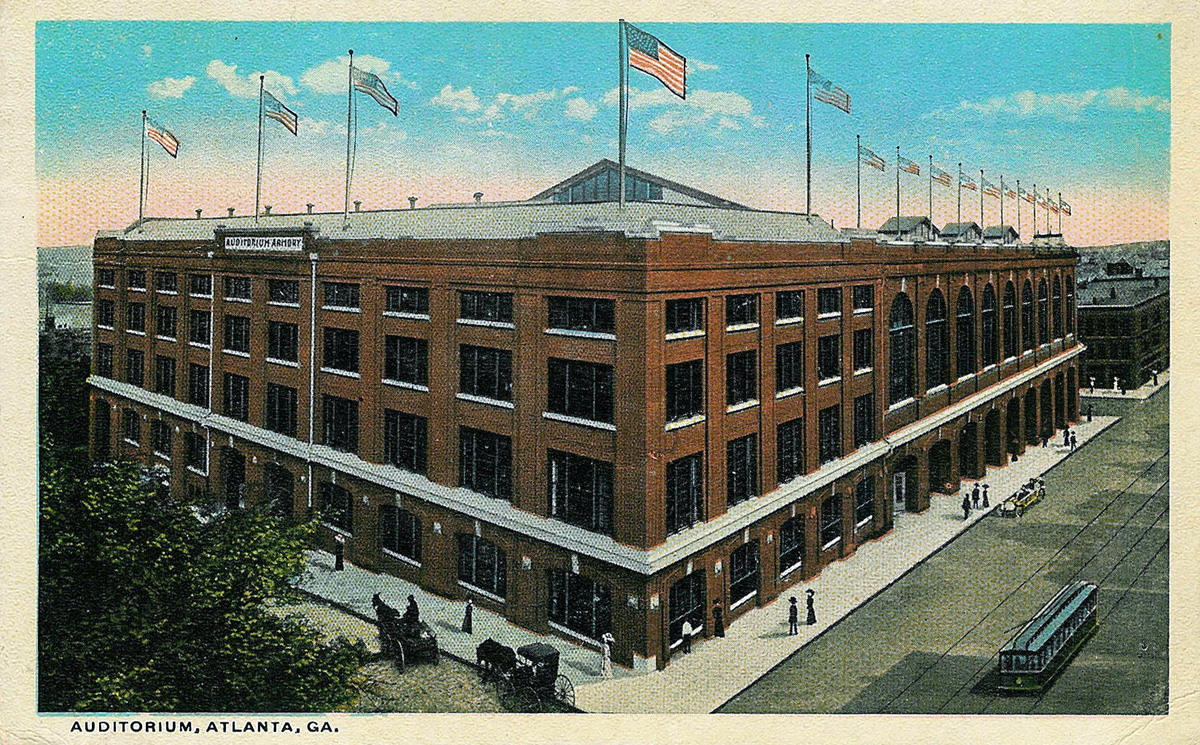 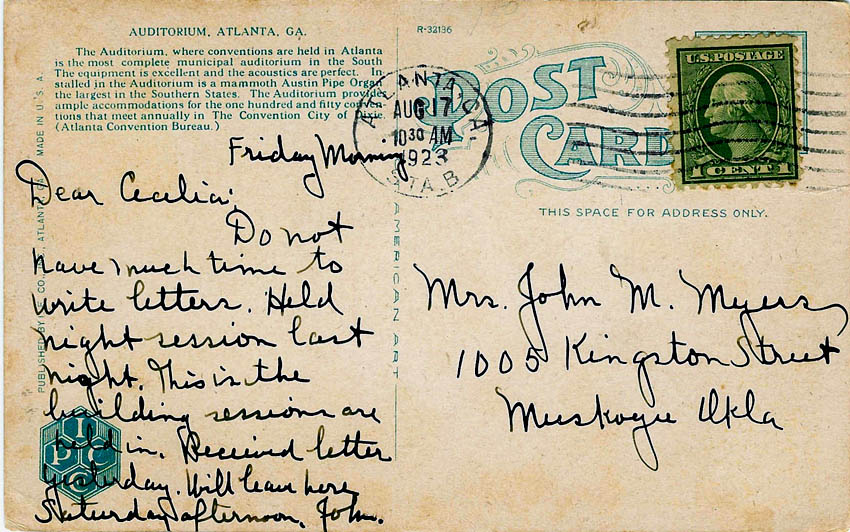