The Big Bethel A.M.E. church at 220 Auburn Avenue NE has been an Atlanta landmark for decades.  Perhaps its most observed feature is the "Jesus Saves" sign atop its steeple, a sight easily visible from the Downtown Connector, where many thousands of motorists stream by daily.  According to the church's website, Big Bethel's basement was the original site of the Gate City Colored School, the first public school in Atlanta for African Americans, which opened in 1879.  Though the church got its start in 1847, this building was not constructed until 1891.  The interior was completely remodeled following a fire in 1921, but the walls, all except for the western one, all date back to 1891.  Google map

In 1909, President-elect William H. Taft spoke from Big Bethel's pulpit and in 1990, Nelson Mandela gave a speech here.  By the way, Big Bethel's website mentions that Taft spoke here in 1911, but according to newspaper articles such as the one below (from January 6, 1909) it was actually two years earlier. 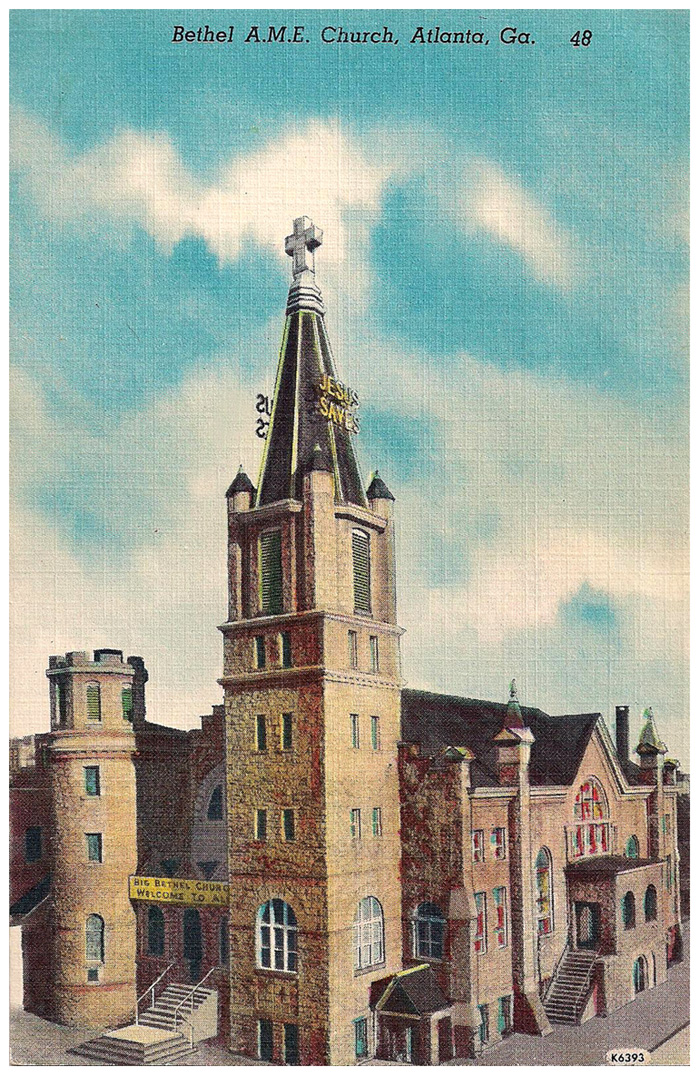 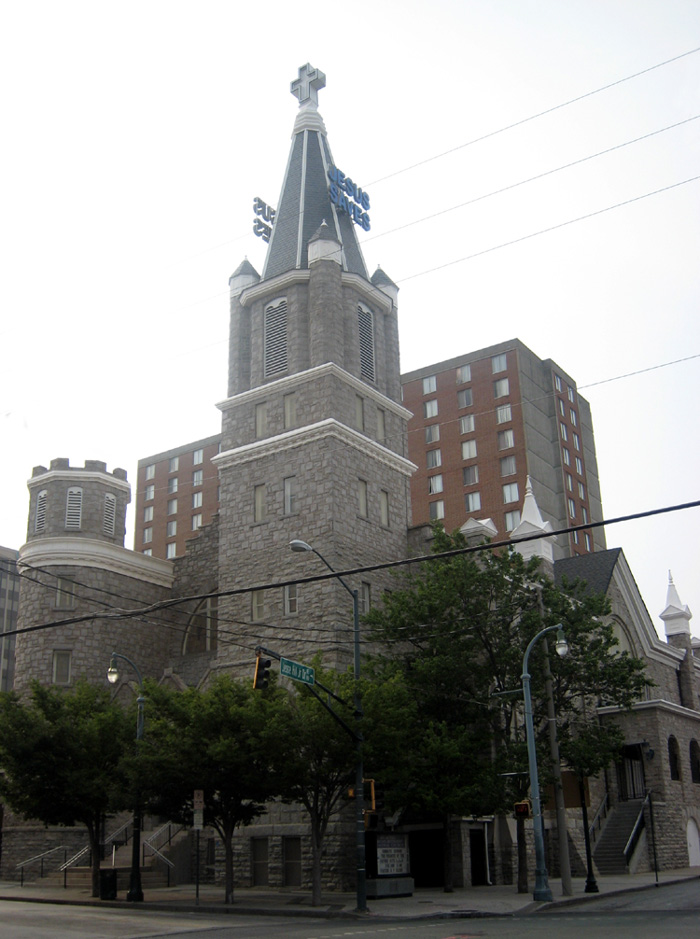 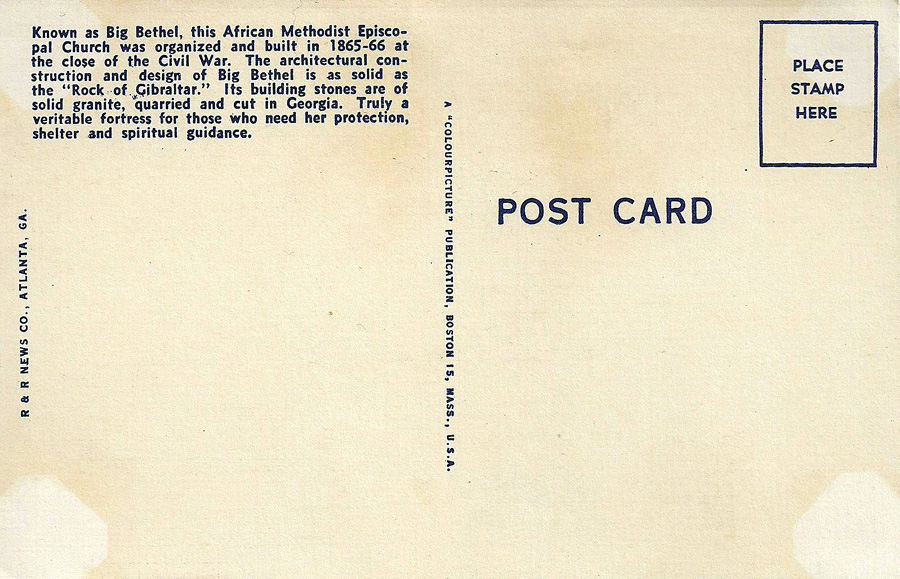 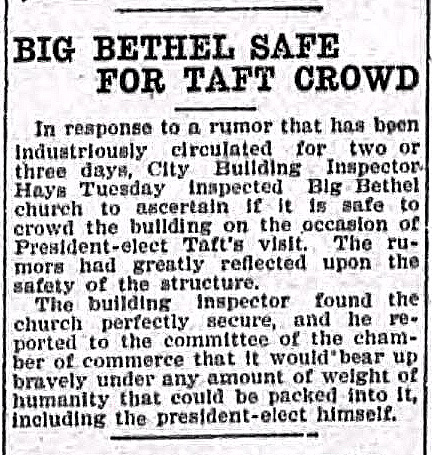 Above: 01/06/09 - The Atlanta Georgian And News reports on the fact that Atlanta's City Building Inspector had given the church a thorough inspection and determined it was structurally sound enough to accommodate the large crowds that would gather soon at Big Bethel to here President-elect Taft speak on Saturday, January 16, 1909.