Via the Ga. State University Library Archives (file #LBT10-050a), here is a 1953 architectural rendering of the Fulton National Bank at 55 Marietta Street, which was Atlanta's tallest building from the time of its completion in 1958 until 1961, when a nearby bank, now known as One Park Tower, was finished.  It was built on the site of the old City Hall.  At the bottom of the image, the Henry W. Grady statue is visible.  The contemporary photo below it looks a tiny bit jumbled due to the fact that it's actually two photos merged into a single image in an attempt to duplicate the view provided in the rendering.

These days there is no such entity as the Fulton National Bank and the still-standing building now serves as a "telecom hotel," housing the offices and switching equipment for various telecom companies.         Google map 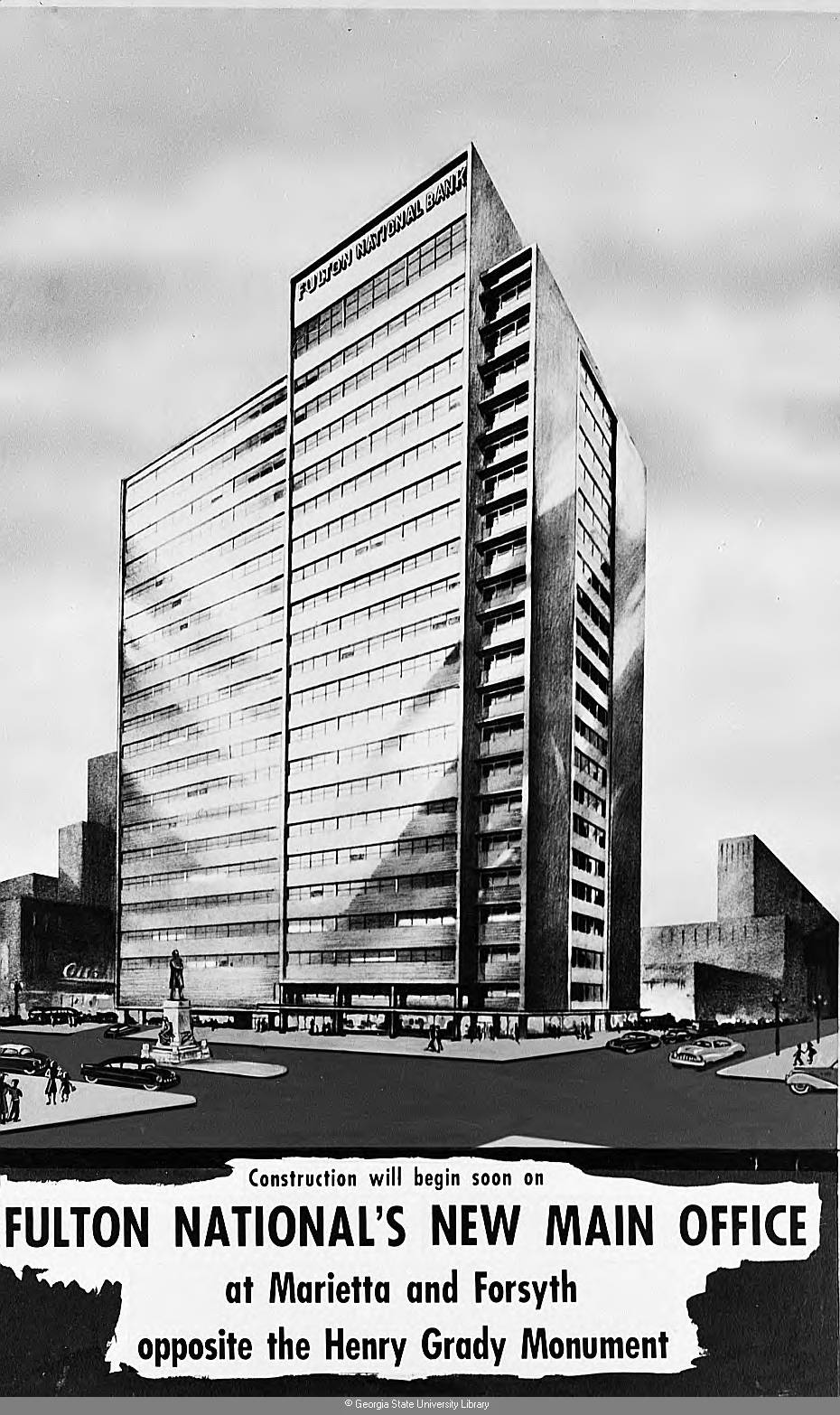 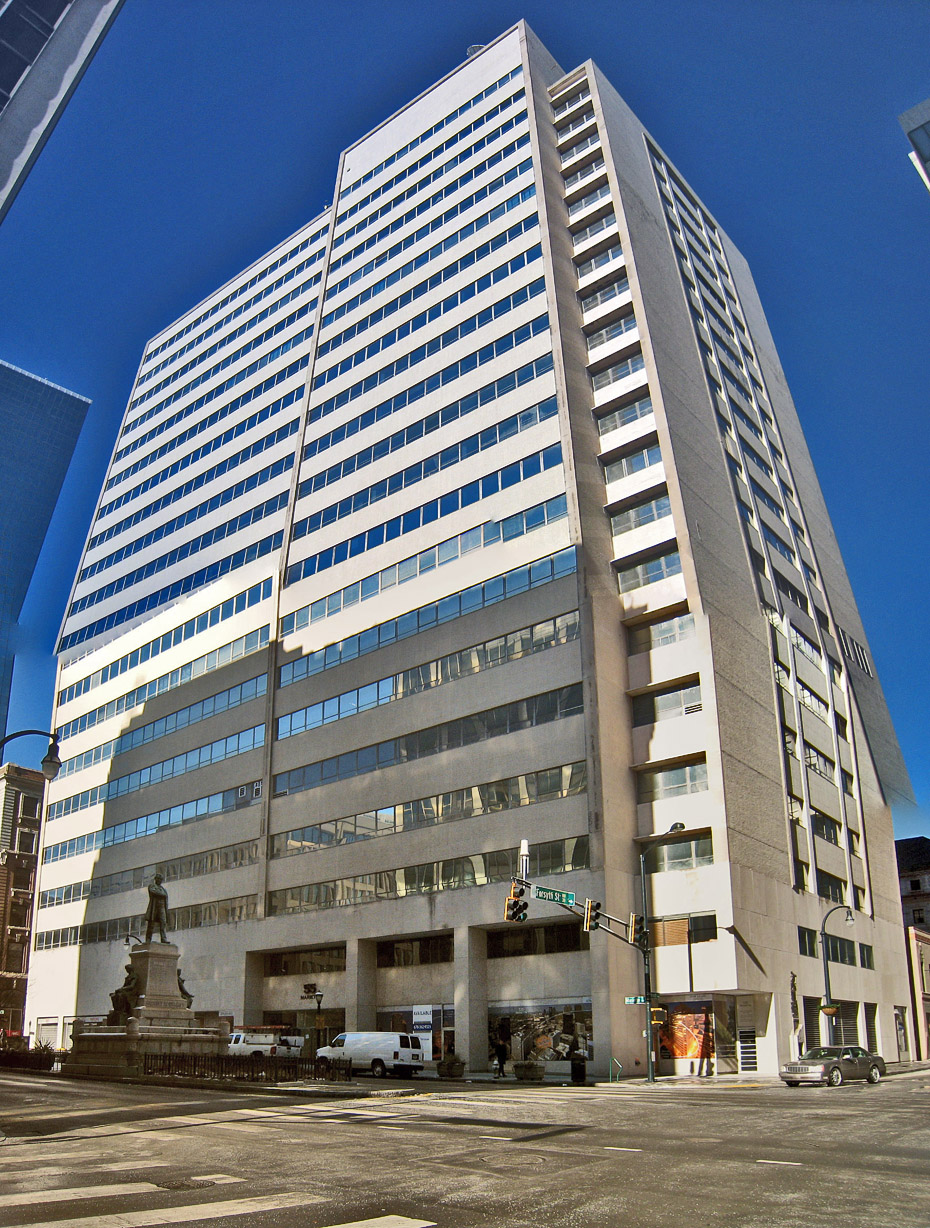