Here's a fantastic postcard that looks south toward the junction of Peachtree and Forsyth Streets.  That's Peachtree on the left.  The photo was apparently taken in 1961, sometime between April and June.  This was established with the help of a couple of sharp-eyed ATM readers.  In April of 1961, Capital Airlines began jet service to Atlanta, using an aircraft like the one seen in the sign below.  In June 1961, Capital Airlines ceased to exist when the company merged with United Airlines.

If ever a view of downtown Atlanta could bring to mind the gaudy neon-saturated bustle of New York City's Times Square, I'd say this is a good candidate.     Google map 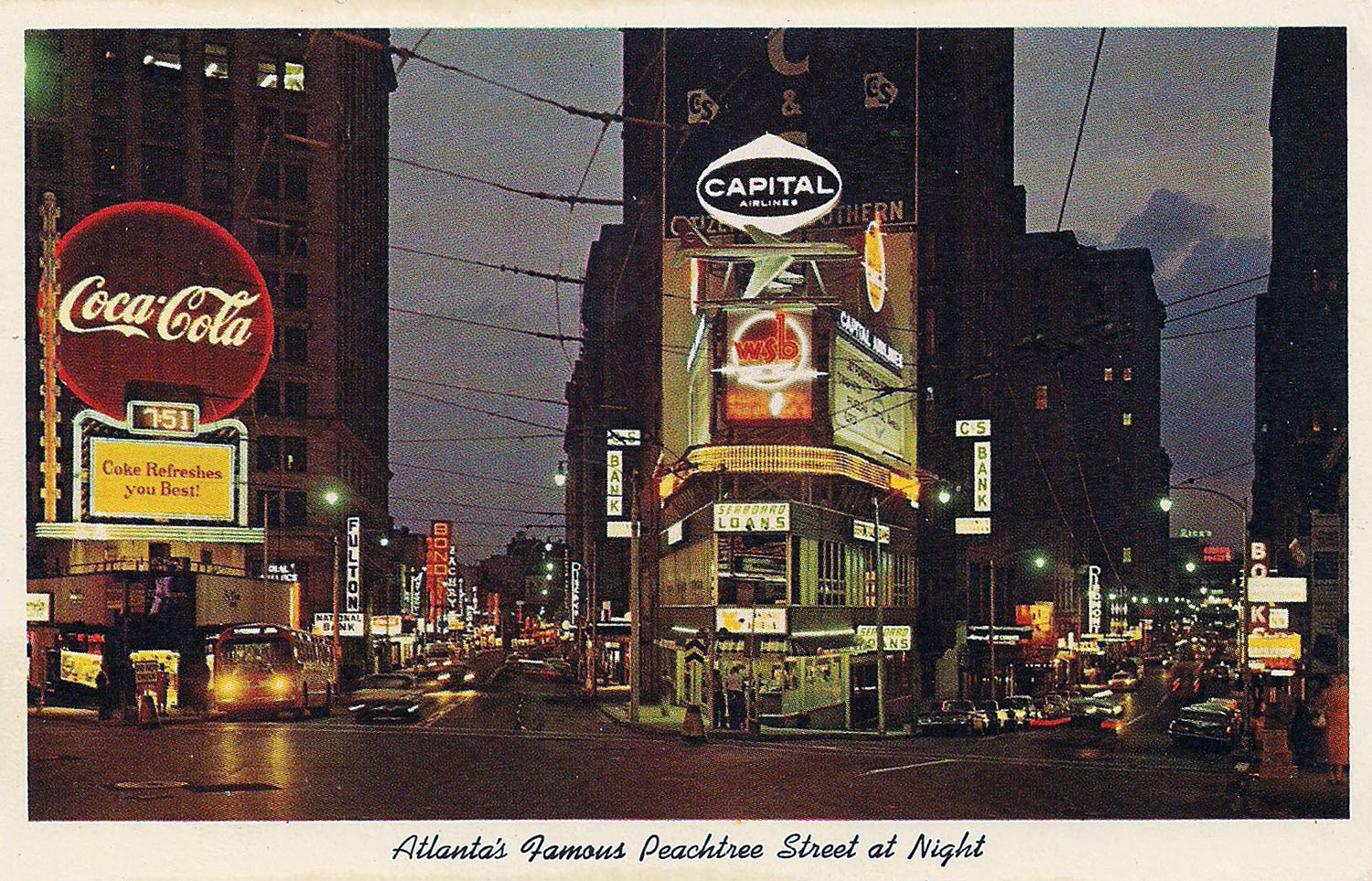 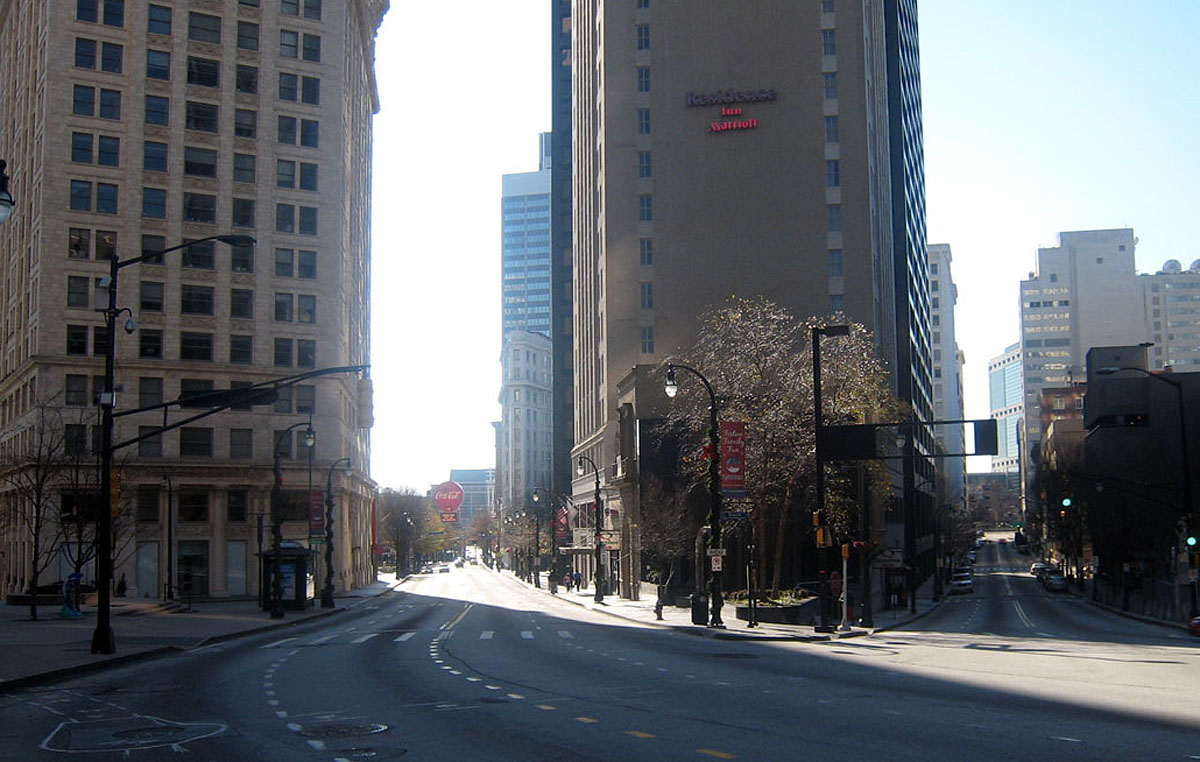 Lower photo:  December 2011.  In the distance a Coca-Cola sign can be seen at Five Points that is a nod to the one seen in the postcard above.