This 1971 photo looks south along  Peachtree Street, packed with cars, pedestrians and retail establishments (okay, mostly cars), toward Margaret Mitchell Square and, in the distance, Five Points.  The lower photo shows a much less energetic street scene.  At the time the lower shot was taken, much of this stretch of Peachtree Street was closed to facilitate construction of the streetcar project, though apparently nobody told that to the the driver of the white car headed toward the camera.  Photo credit: Dr. William A. Wood, courtesy of Andrew Wood.  To see how things looked from this perspective in 1961, head over here.     Google map 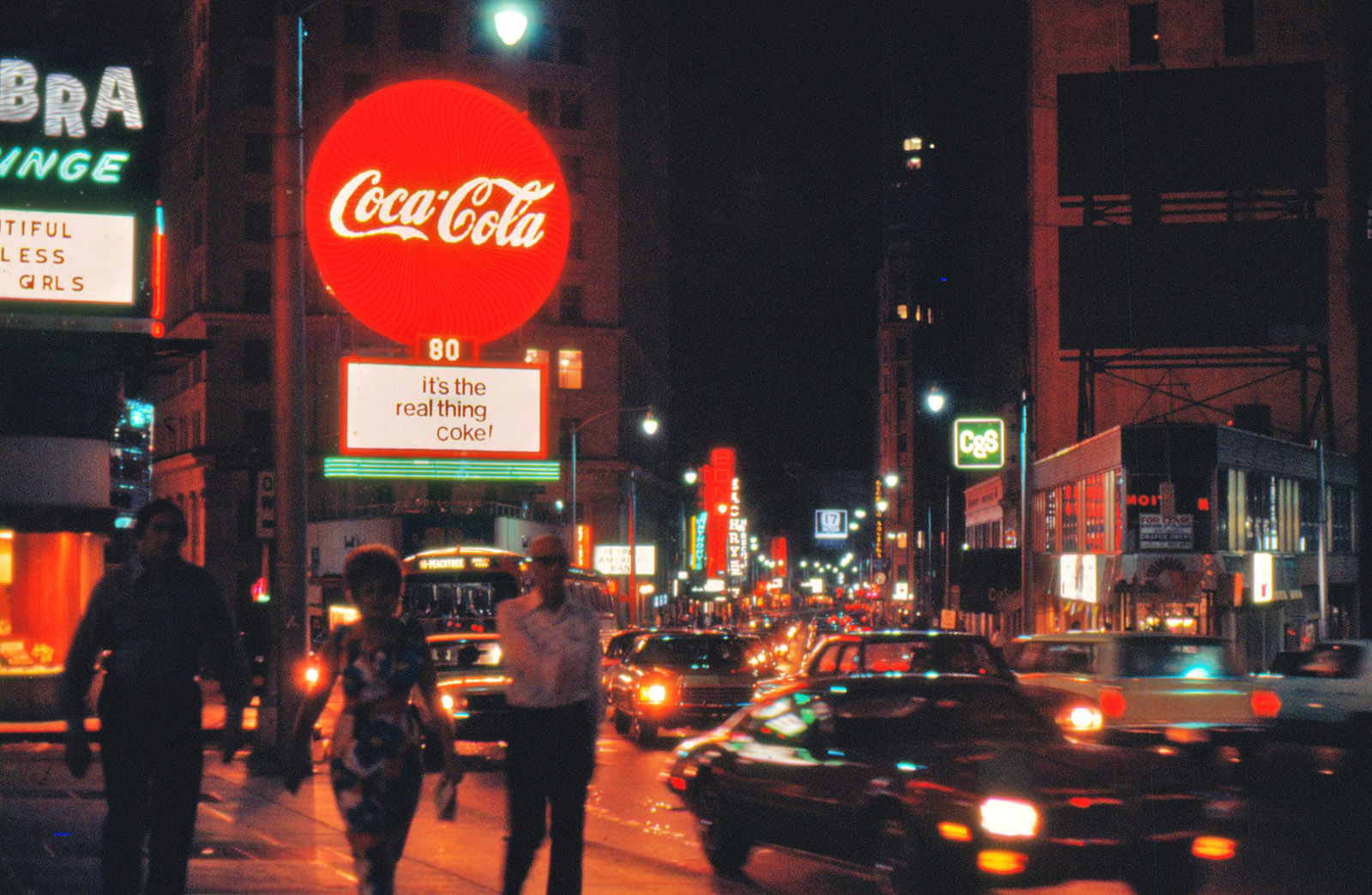 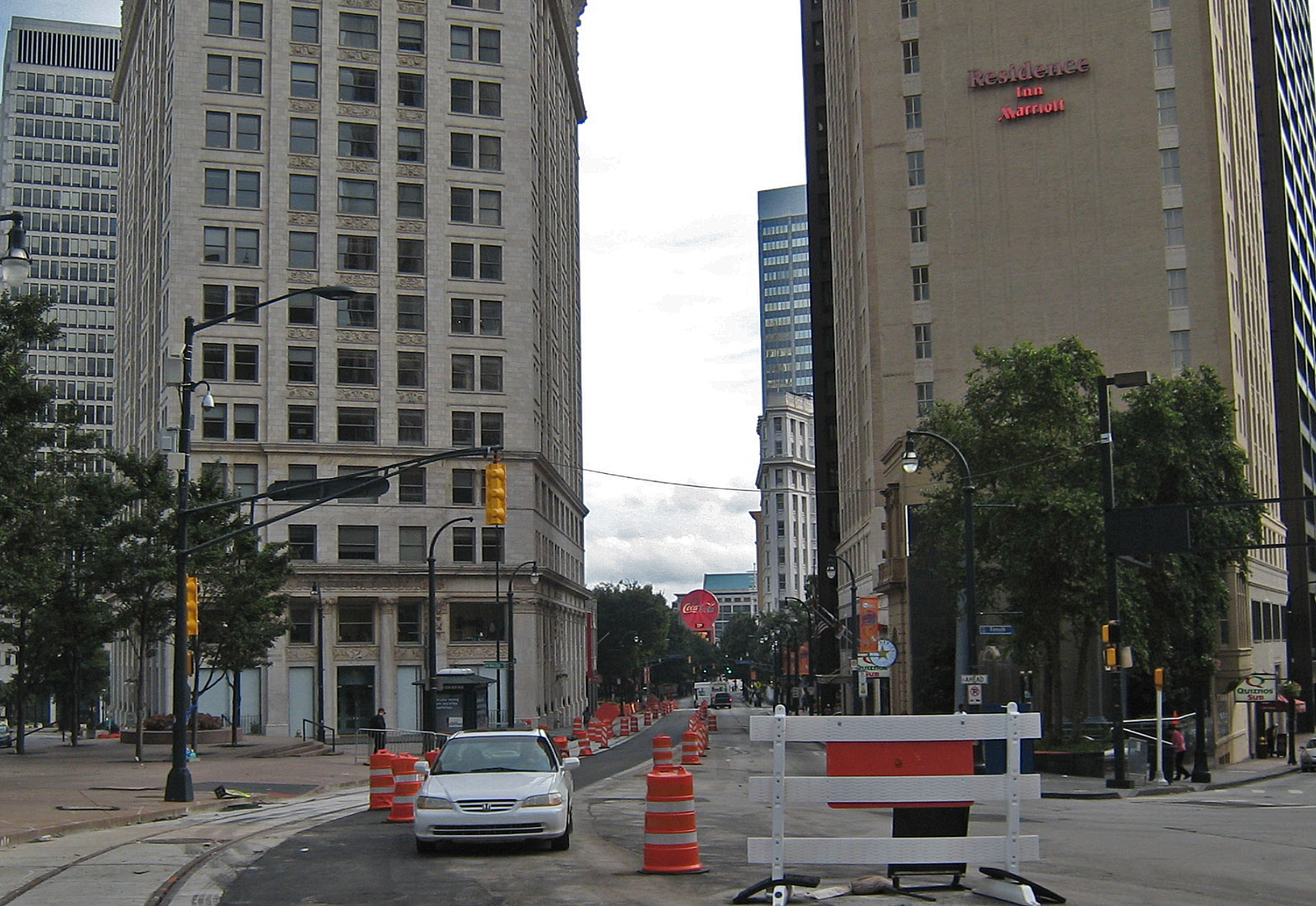