Jeff Morrison:  Rich's Home Store, bridge over Forsyth St., 1949.  The sprawling Sam Nunn Federal building renovated some parts of the original Rich's department store, replaced others, and in this case paid homage to the old forms with the new design.  Technically, though, these two views are facing opposite directions on Forsyth St. 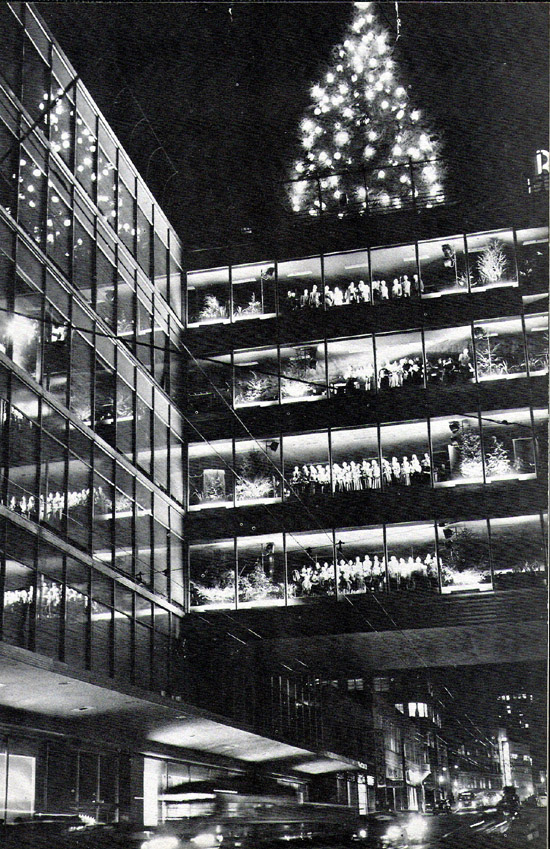 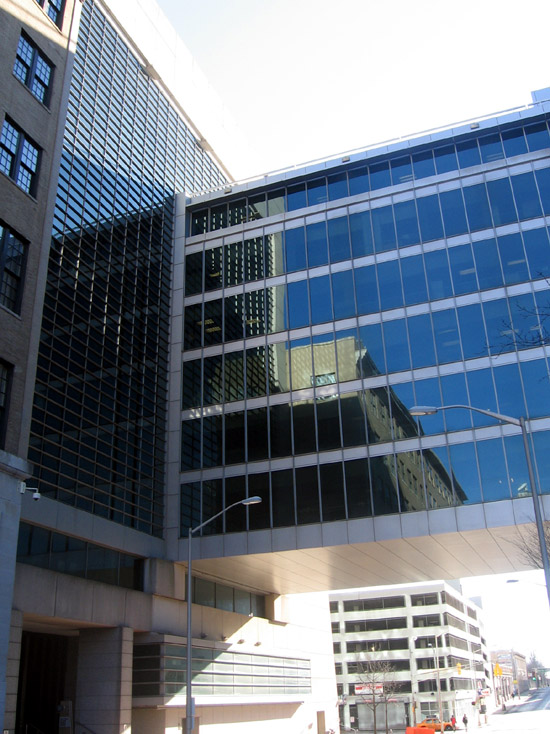