Many thanks to Ben From Covington for the photos on this page, which show the implosion of a large part of what was formerly the Rich's department store in downtown Atlanta.  The portion of the store being demolished here was known as the Store For Homes, which can be seen on this postcard.  The Store For Homes was connected to Rich's  main building by the Crystal Bridge, an elevated multi-story glass walkway that served as a pedestrian bridge over Forsyth Street.  The bridge, as depicted on the cover of the Celestine Sibley book Dear Store, can be seen at the bottom of this page (image courtesy of Pecanne Log).  It can also be seen here.

After the Rich's Store For Homes building was demolished, the Sam Nunn Federal Center, which opened in 1995, was built on the property. 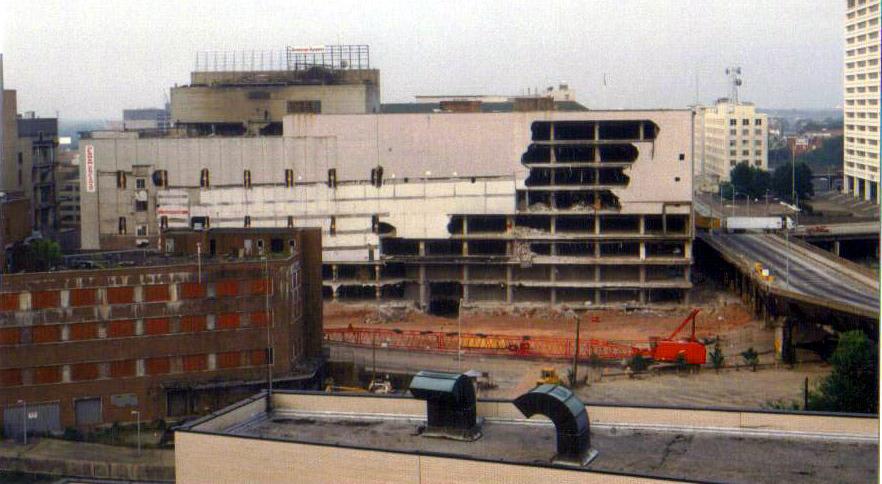 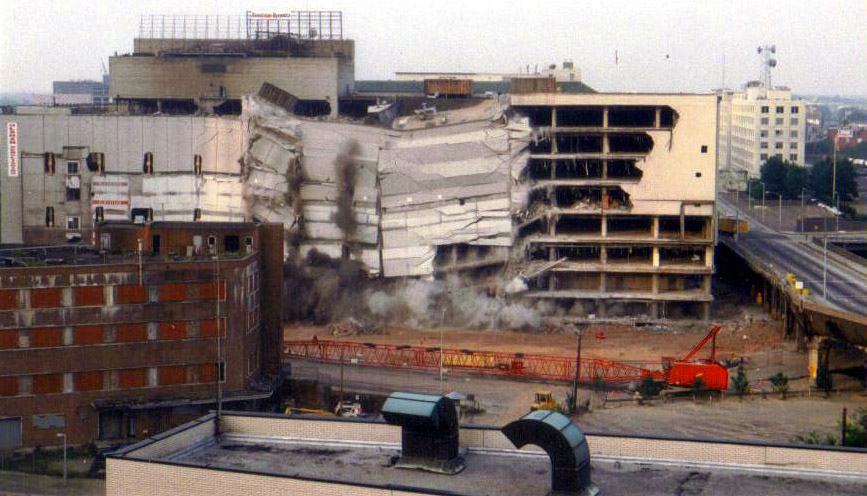 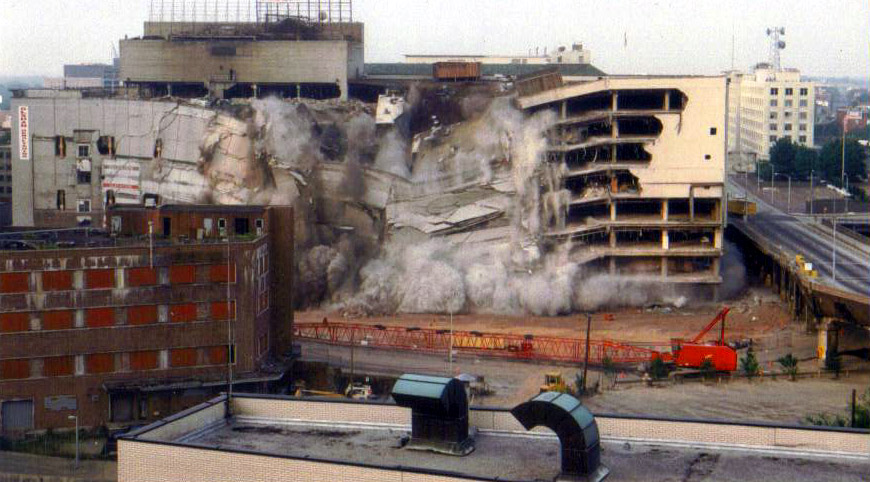 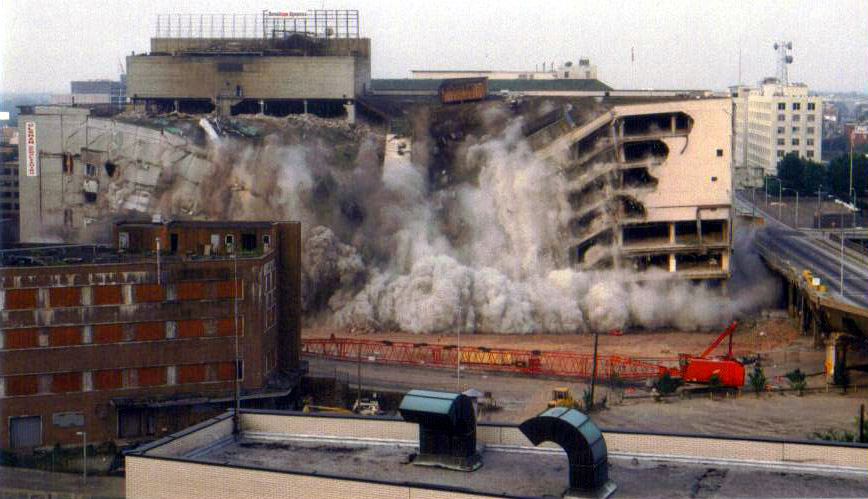 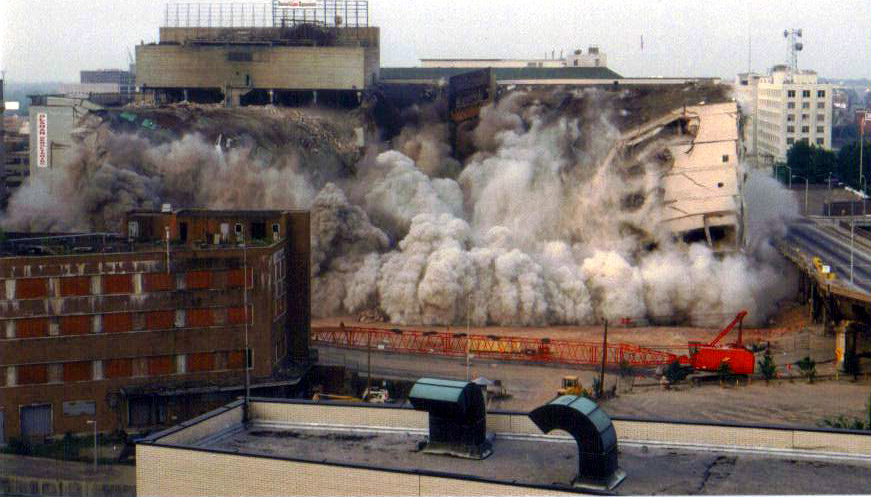 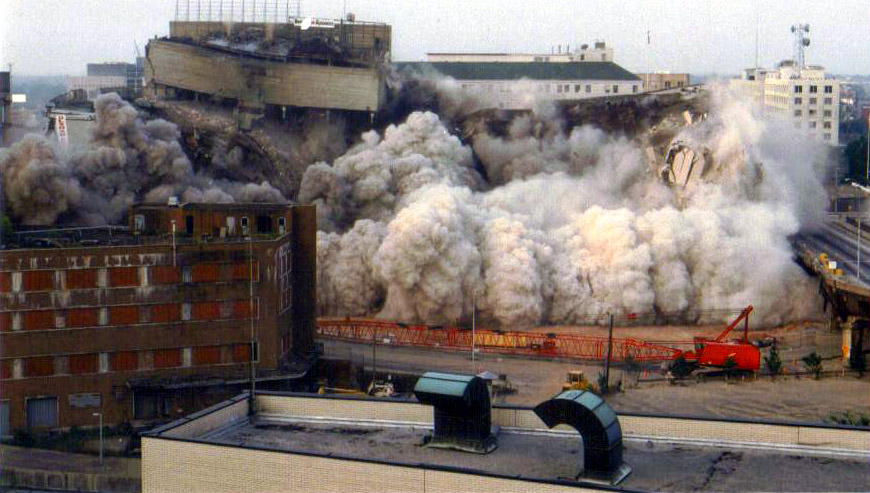 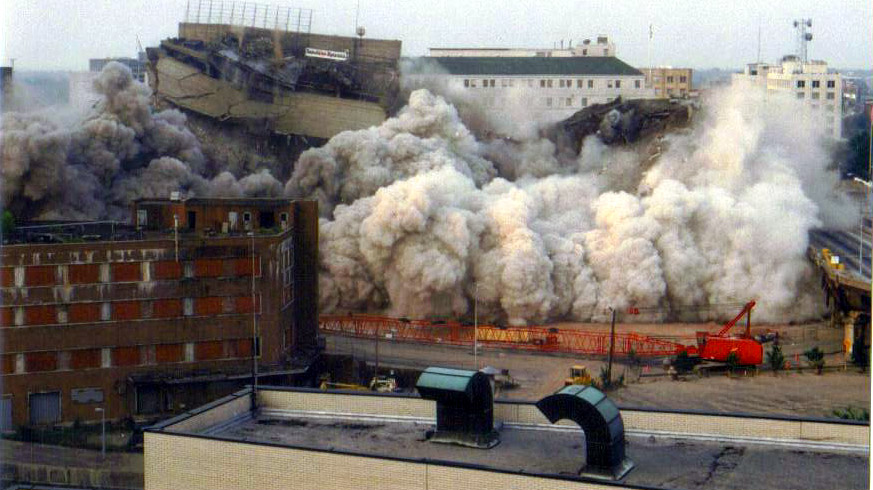 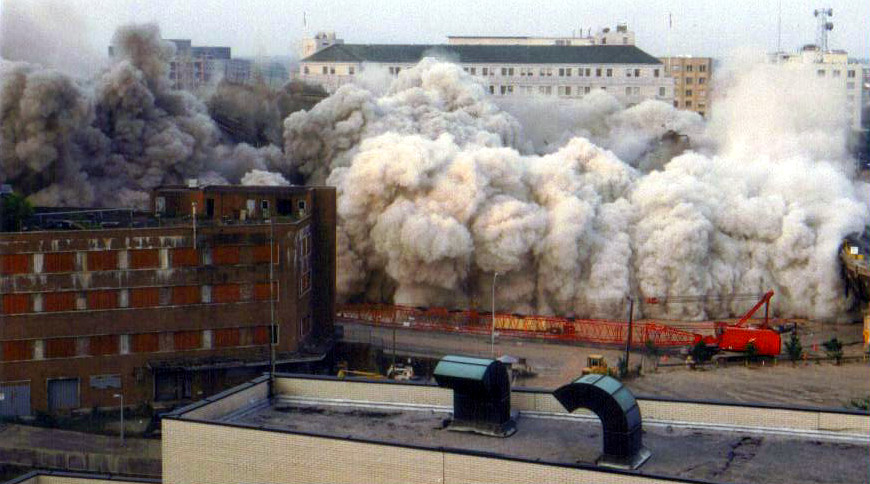 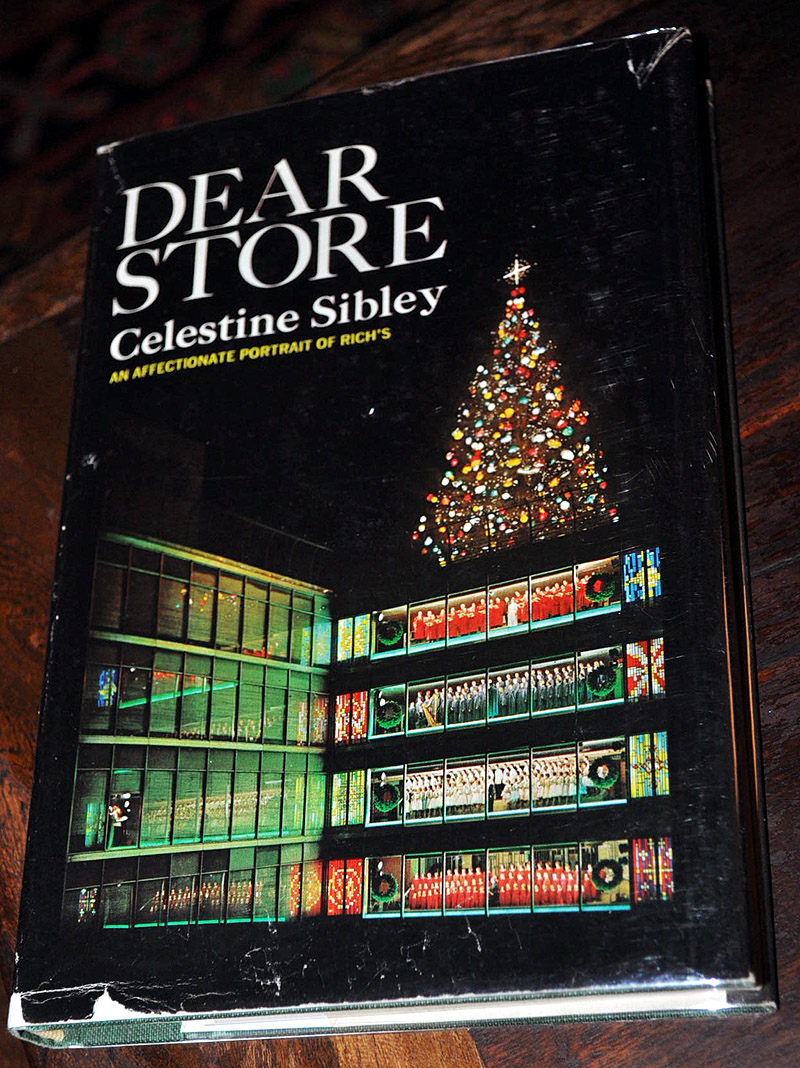