On August 18, 1965, the Beatles made their one and only Atlanta appearance.  Do Atlanta bus drivers still sport Beatle wigs??  Over at the Ear Candy website, there's a thorough article recounting the big show at Atlanta Stadium, which had yet to be renamed Atlanta Fulton County Stadium.  Interestingly, the Beatles spent only around 10 hours in Atlanta.  As soon as their show was over, they bolted to the airport to catch a flight to Houston.

Thanks to reader Tom Steinichen for the Beatles ticket seen below.  Click on the ticket to see an enlarged version.  And thanks to reader Marcia P. for the remaining images on this page.  Especially, the one with the bus driver! 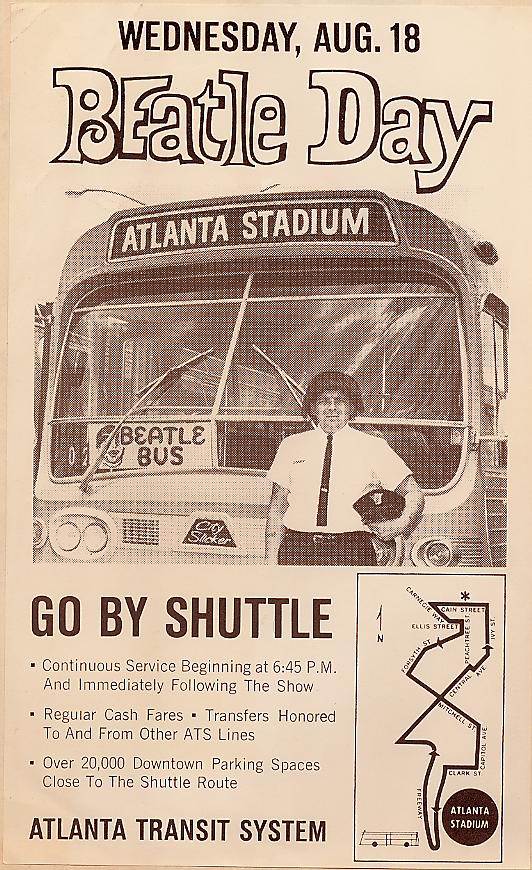 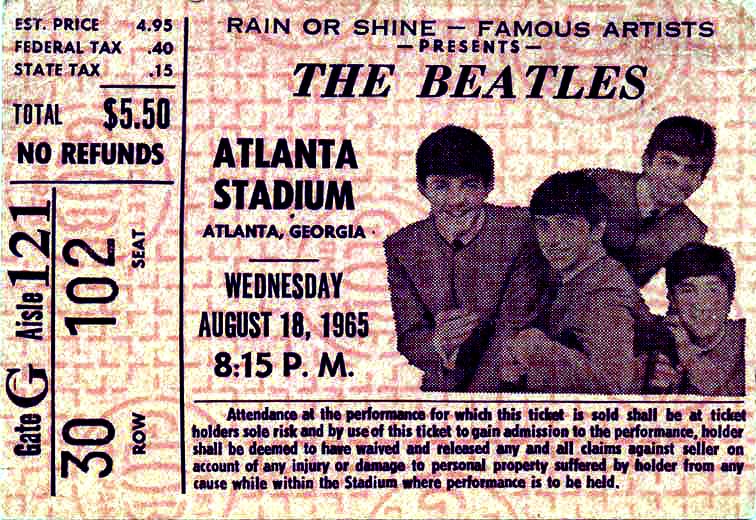 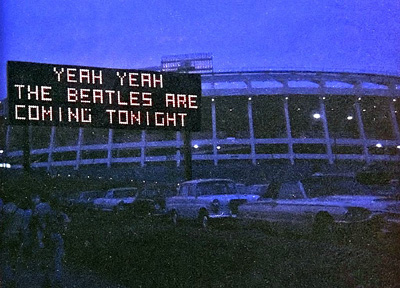 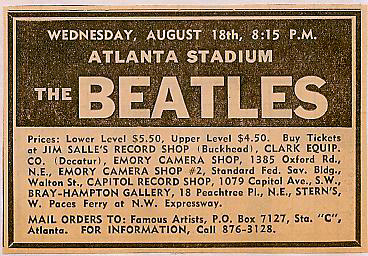