Turnstyles  -  He Was Cable When Cable Wasn't Cool

Back in 1982 when CNN was a mere 2 years old, Ted Turner commissioned this fascinating and mostly forgotten 45 rpm record as a promotional vehicle for his growing cable empire.   Turner, a true visionary, is a fascinating individual for a number of reasons, one of which is that during his years of ascendancy, he seldom missed an opportunity to blow his own horn.   One of the best examples of that trait is this record, which features Turner's own voice in several places.  Scroll down to see the picture sleeve that came with the record.

Incidentally, the address on the label (1050 Techwood Drive) was the location of the CNN studios, until 1987 when the network relocated to what is now known as the CNN Center in downtown Atlanta. 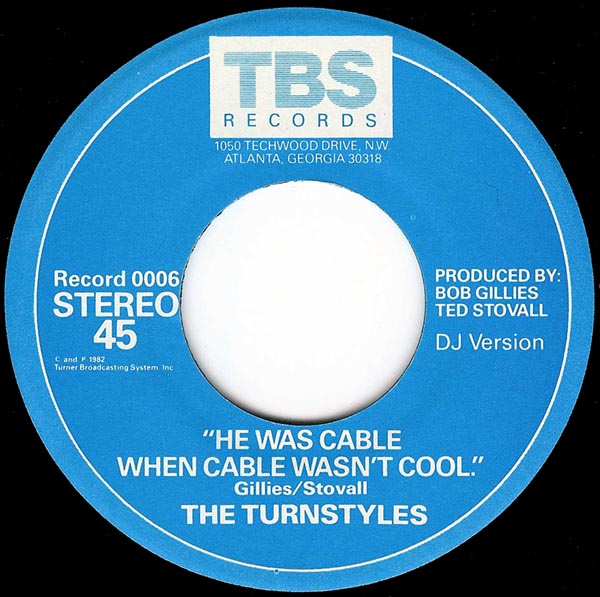 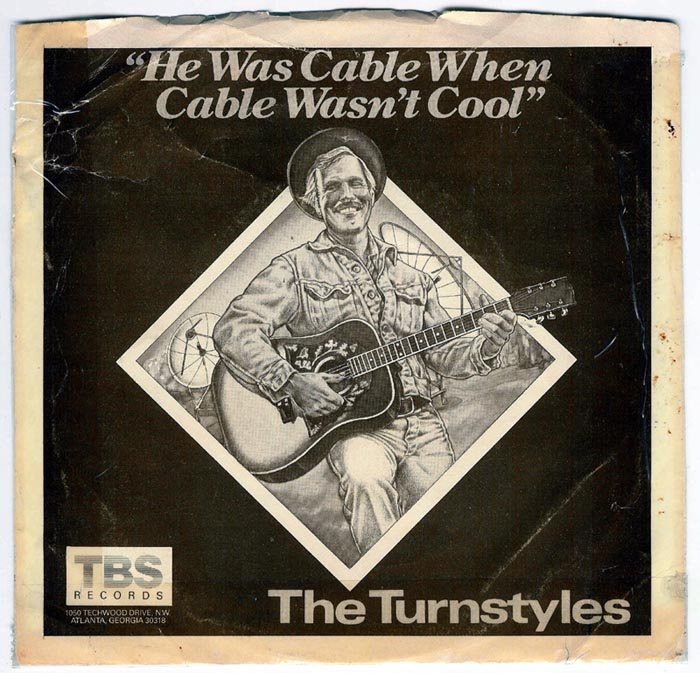