Below is the Southern Christian Home For Children, which stood at 1011 Cleburne Avenue NE.      Google map

I'm not sure when the building was torn down, but its location (a couple hundred yards from what is now the Carter Center) makes me wonder if perhaps it was leveled to make way for a planned freeway interchange that never got built.

In the late 1960s, the land around this spot was designated for a major freeway style interchange involving an extension of the Stone Mountain Freeway and a planned road known as Interstate 485.

For more information on that ill-fated road project, see the ATM page on Interstate 485, courtesy of the David Henderson. 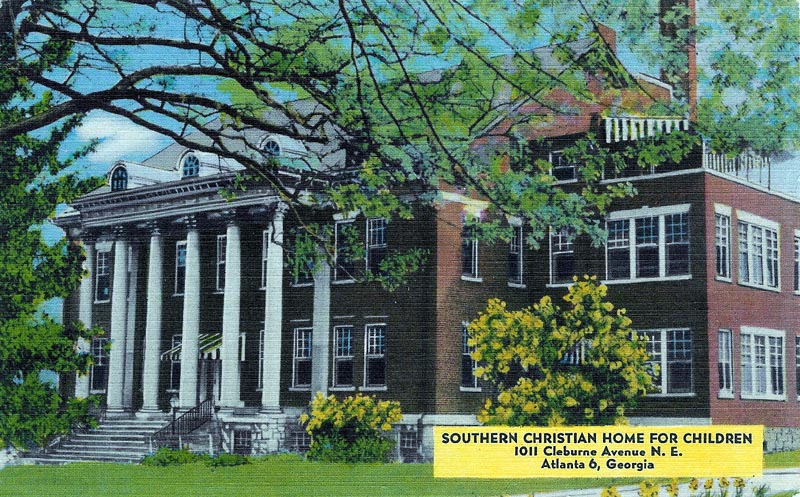