Reproduced below are a couple of pages from the press book released to promote the 1968 John Wayne film The Green Berets, which premiered in Atlanta at the Fox Theatre on the night of July 4, 1968.  Much of the film was shot about 120 miles southwest of Atlanta at Fort Benning, just outside of Columbus, during the summer of 1967.  Earlier in the day, Wayne and co-star David Janssen were the Grand Marshalls of WSB's Salute To America parade, which blazed a trail down Peachtree Street in the heart of downtown.  Several of the film's other actors, including Jim Hutton, Irene Tsu, and Bruce Cabot, were named as Honorary Grand Marshalls.

The day before the film's premiere, Wayne stopped by Lockheed facility in Marietta to dedicate a Green Beret memorial statue and tour the Air Force's new C5A cargo plane.  Not long after the statue's dedication ceremony, it was packed up and shipped to Fort Bragg in North Carolina, where it remains today. 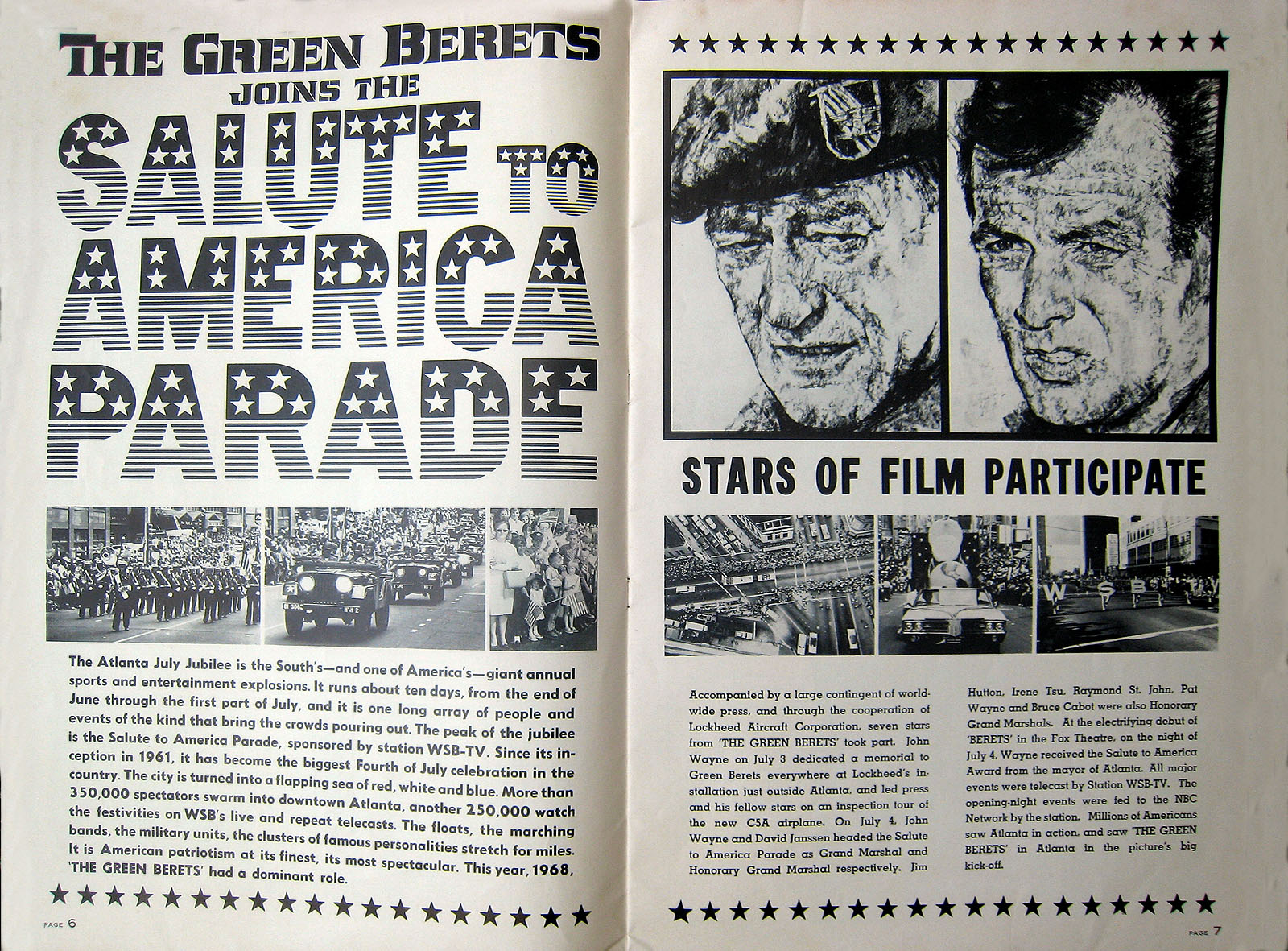 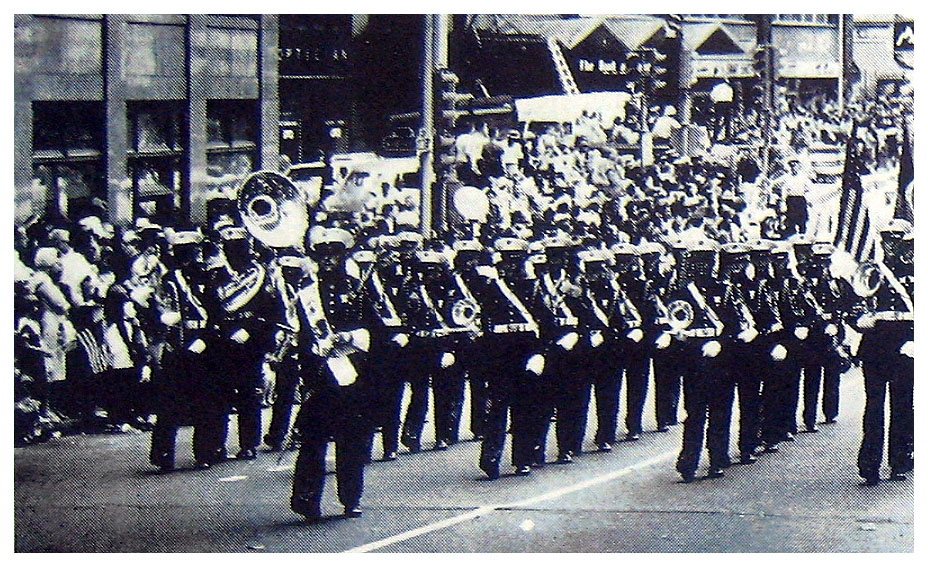 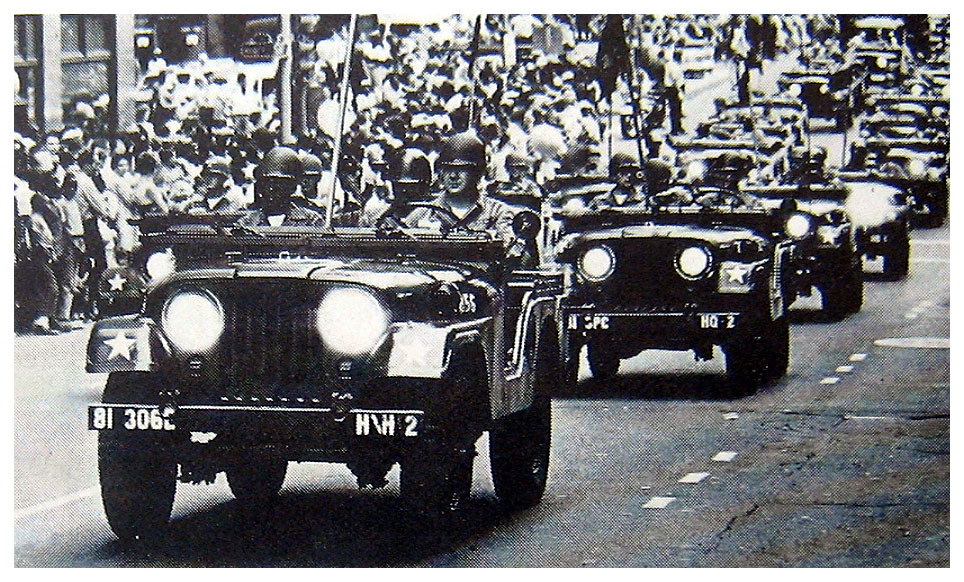 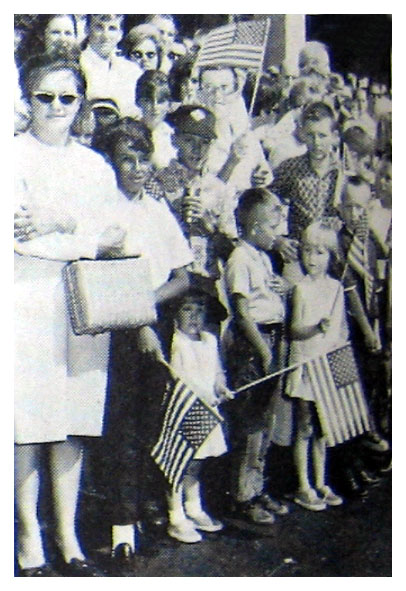 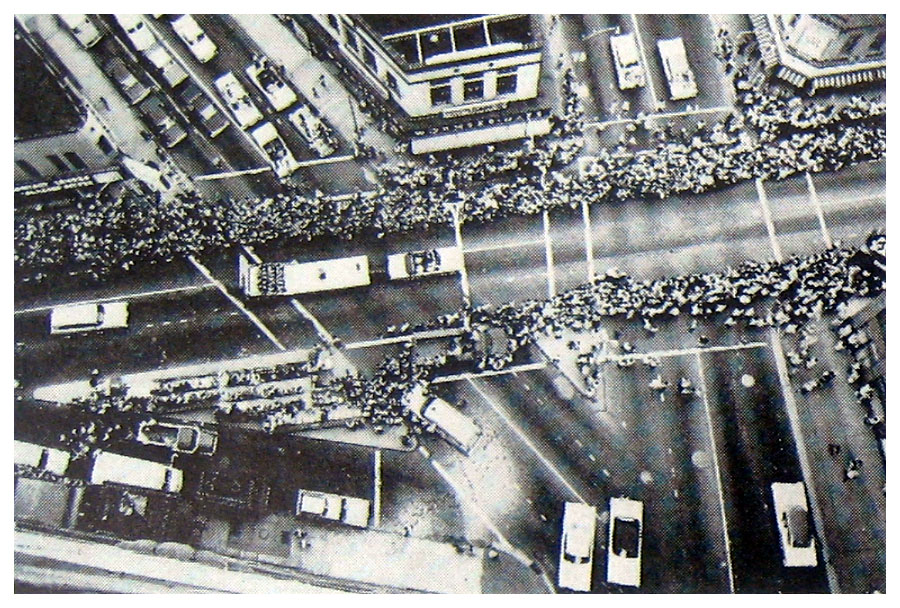 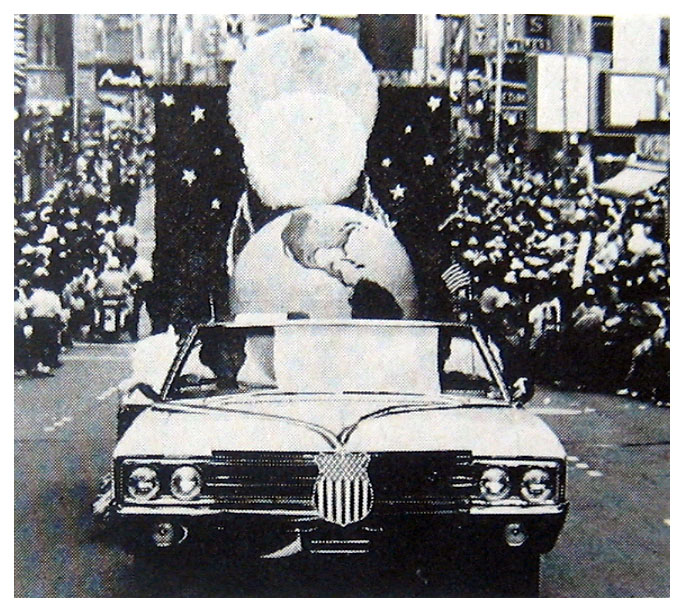 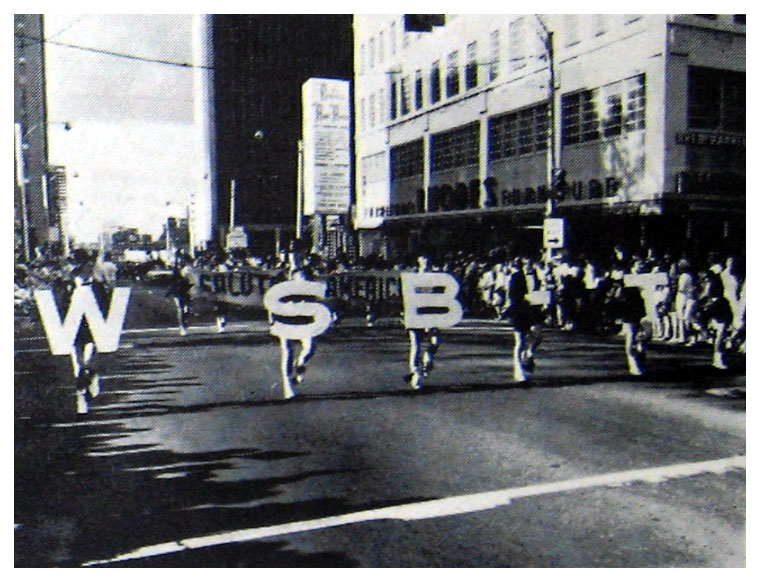 Below: a photo of the Green Beret memorial statue that was dedicated by John Wayne on 7/3/1968 on his visit to the Lockheed facility in Marietta.  Today, the statue can be found at Fort Bragg in North Carolina.  Photo borrowed from Flickr user ChuckHolton. 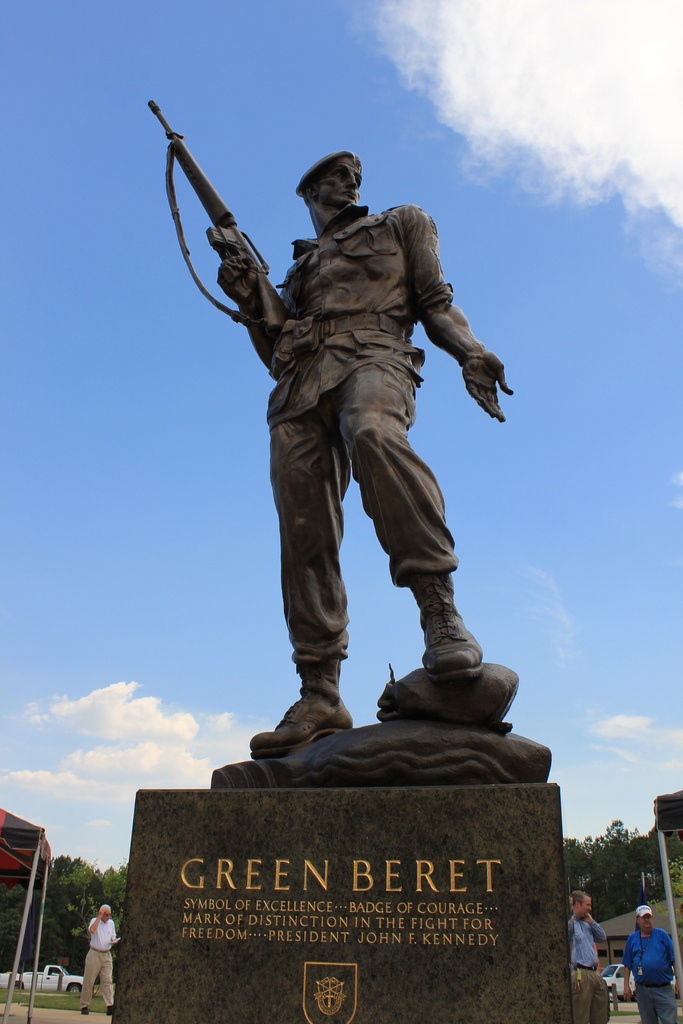