This photo, taken in 1971, shows the view looking south along Peachtree Street from the corner of 11th Street.  The dark brown building on the left still stands, but that's about it.  In the distance, in the 1971 photo, you can see the former radio towers atop the Biltmore Hotel.  That building still stands and the towers are still there, but they're blocked by trees in the 2013 photo below.  Visible on the west side of Peachtree Street is the 10th Street Art Theatre, which specialized in soft-core porn titles.  The theatre opened in the late 60s and closed near the time of this photo according to the invaluable Cinema Treasures website.  Another photo of it, borrowed from Cinema Treasures, can be seen near the bottom of this page.       Google map

Photo by Dr. William A. Wood.  Thanks to his son Andrew P. Wood for sharing it. 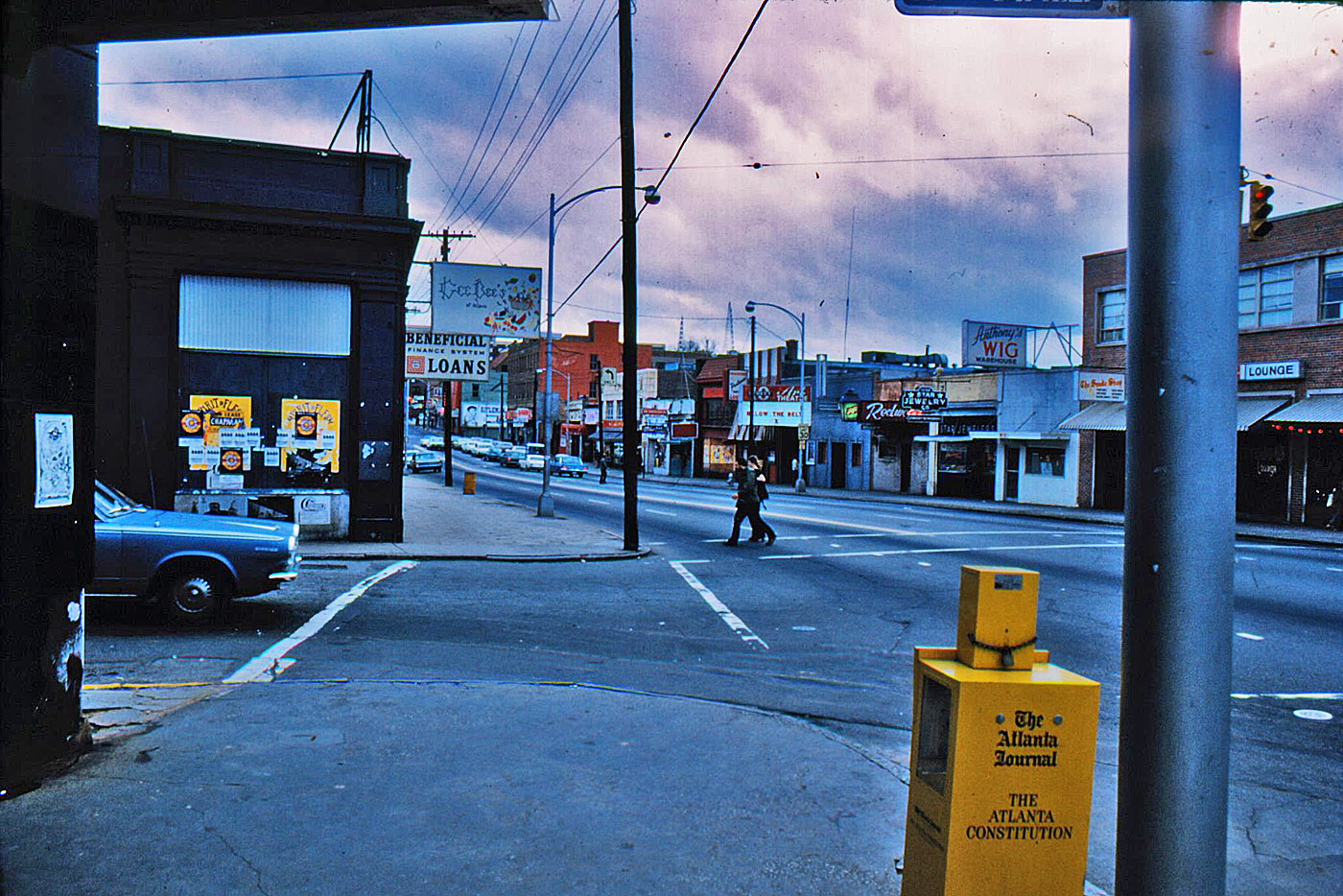 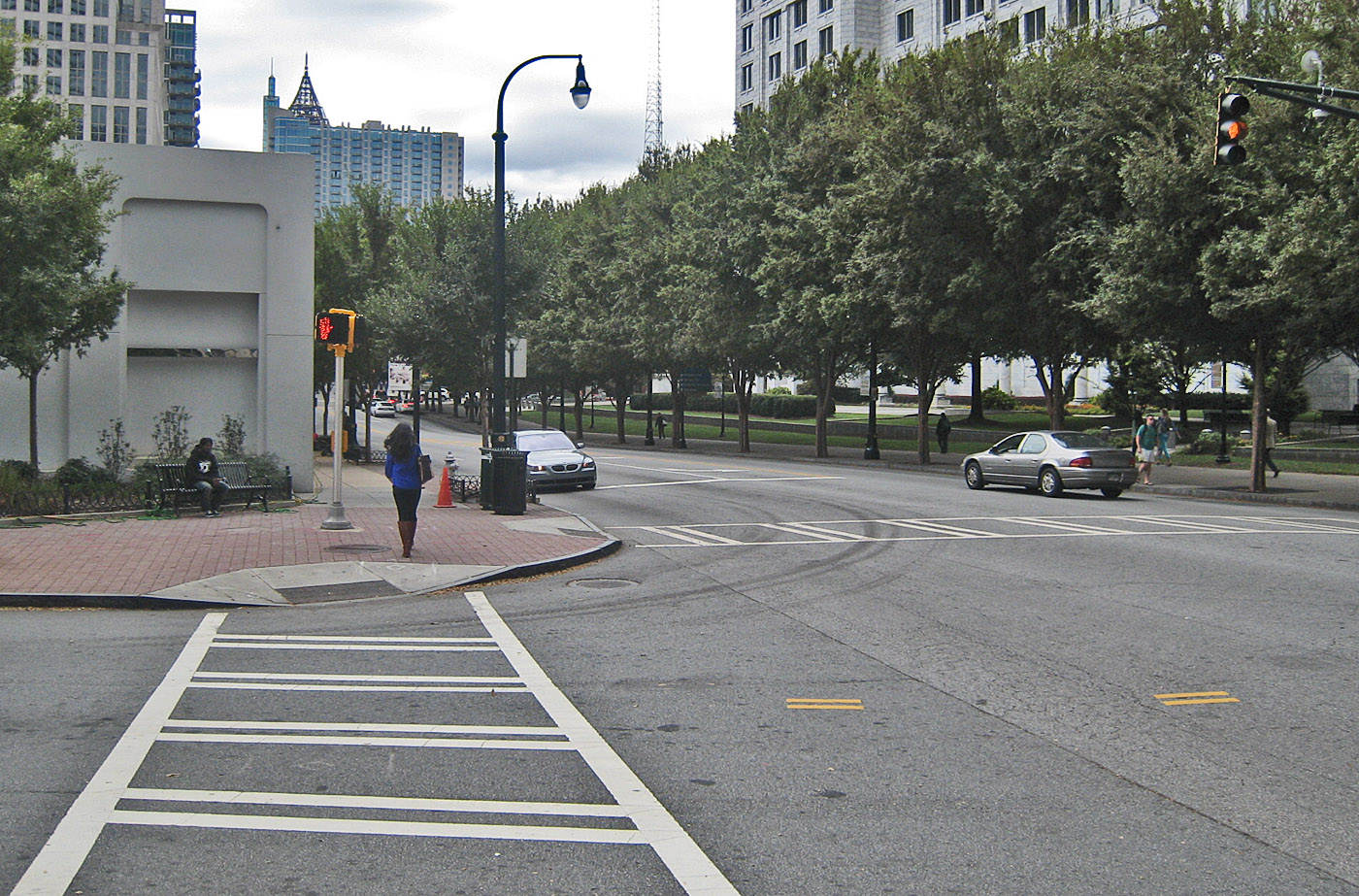 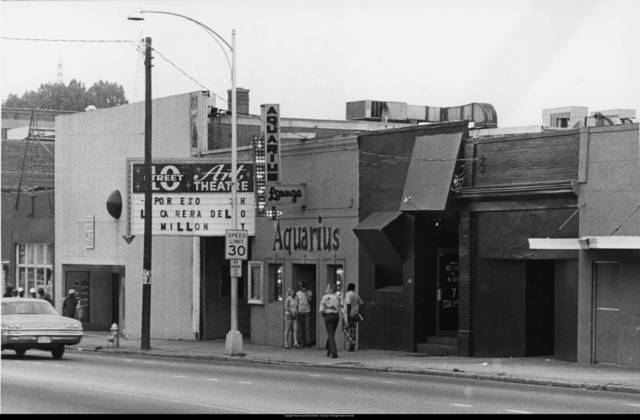 Above: Photo borrowed from Cinema Treasures. 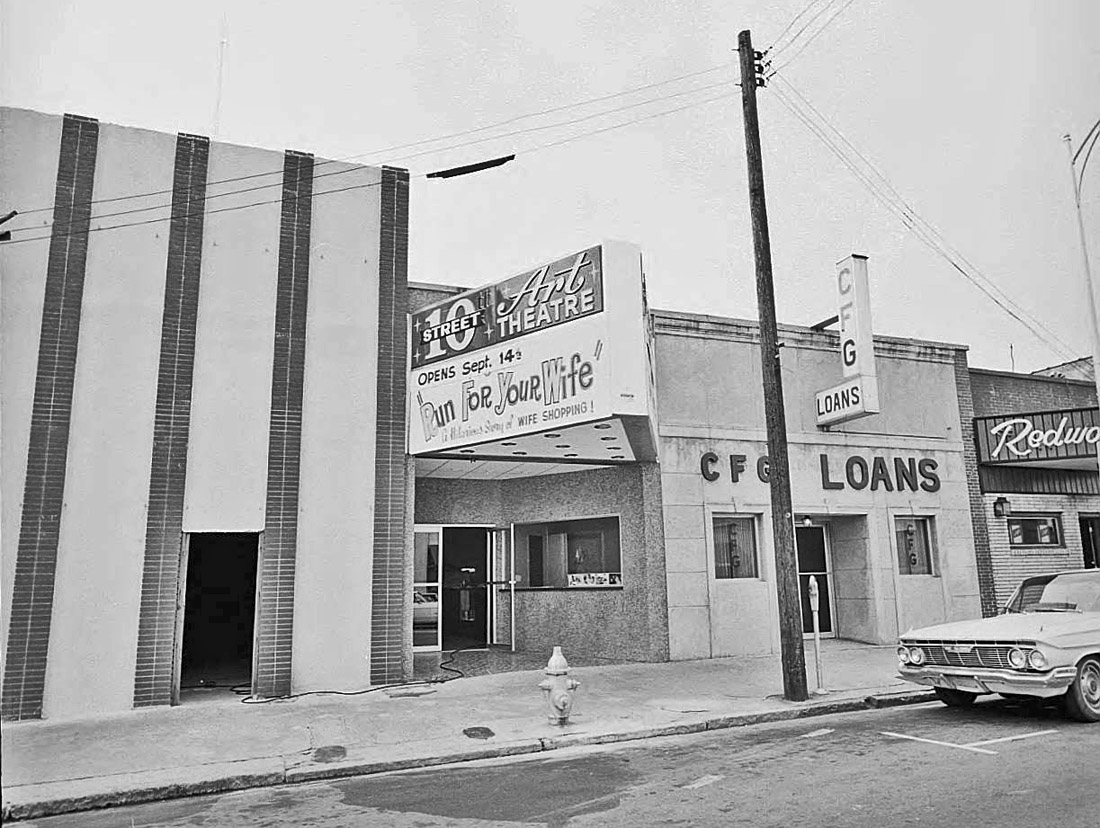 Above: a 1967 photo of the 10th Street Art Theatre, appearing courtesy of the Georgia State University Library Archives, file #LBSCB02-149a.