Fifty-eight years ago today (on July 8, 1953) newspapers carried a wild story about three Atlanta men and their encounter with a "flying saucer" just west of Atlanta in a then-rural part of Cobb County. The men, two barbers and a butcher, all of whom lived at 1919 Peachtree Road, told police that they rounded a corner on Bankhead Highway near Mableton and encountered a flying saucer in the middle of the road and three scrambling aliens.  Before they could stop, they collided with and killed one of them, but the other two were able to board the craft, which quickly flew off into the darkness.

The story was  published nationally after being picked up by the wire services and Life magazine quickly dispatched a photographer to get some pictures of the deceased creature.  Scroll down to see the Life photos.  In almost no time, the bogus story unraveled and the men confessed that they were hoaxsters and that their space alien was, in reality, a small monkey.  The monkey had been coated with green dye, his tail had been cut off and all of his hair removed from his body, leaving him looking like, well, a bald green monkey whose tail had been chopped off.  My heart goes out to the poor creature who gave his life for this cruel prank.

Edward Watters was fined $40 on a charge of obstructing traffic and his cohorts (Thomas Wilson and Arnold "Buddy" Payne) got off scot free.  Perhaps the most fascinating aspect of this whole weird story is that the monkey has been preserved in a large jar of formaldehyde and is currently on display in a small museum housed in a lobby at the headquarters of the Georgia Bureau of Investigation on Panthersville Road in DeKalb County.  Scroll down to see a current picture of the poor monkey, one that I took recently when I stopped by for a visit.

I got the distinct impression that the GBI does not by any stretch of the imagination welcome unexpected visitors.  For the most part, I believe the museum is intended to entertain groups who drop by on sanctioned visits.  I was treated politely during my unannounced visit, but with what felt like a great deal of suspicion and apprehension.  If you want to see this odd exhibit in person, you should probably call first and, just to be safe, bring a couple of attorneys with you on the day of your visit. 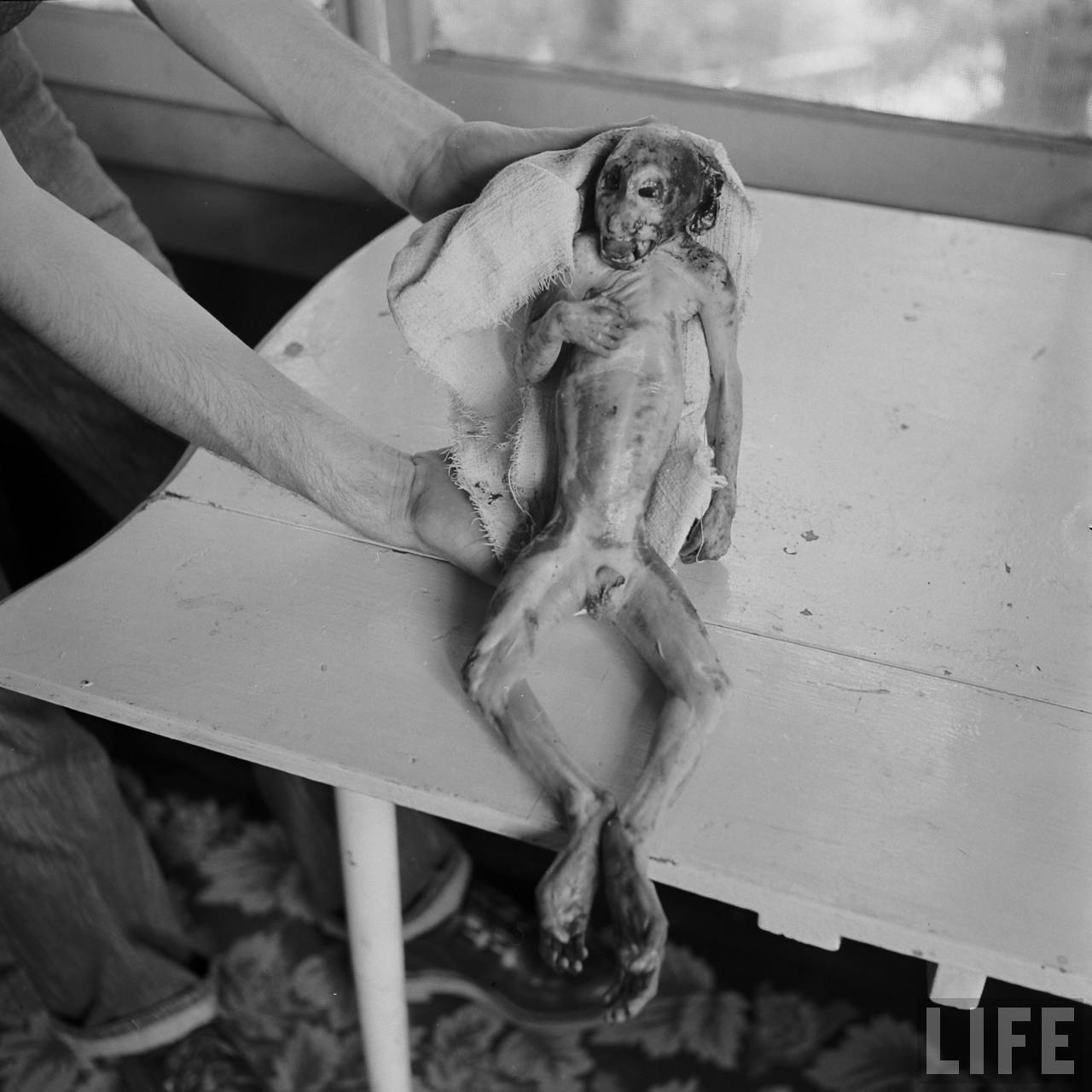 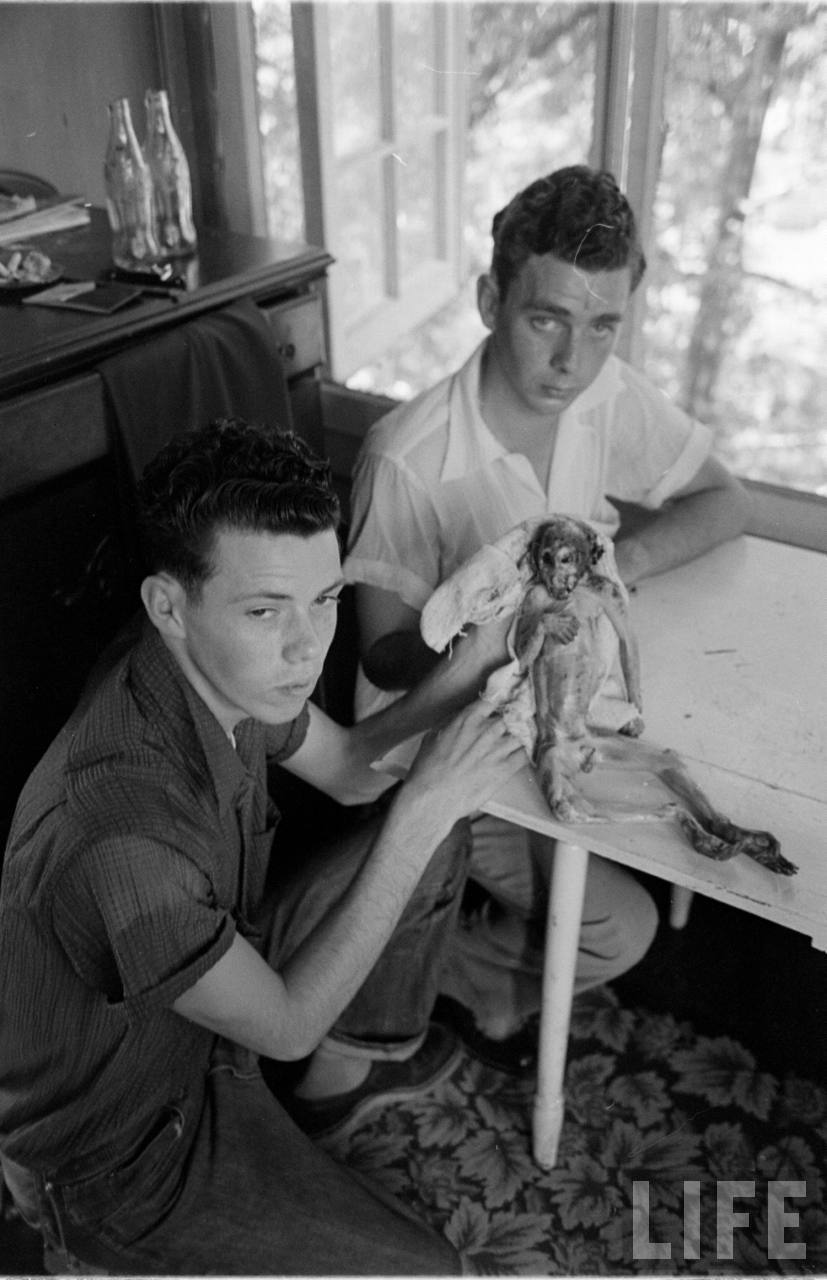 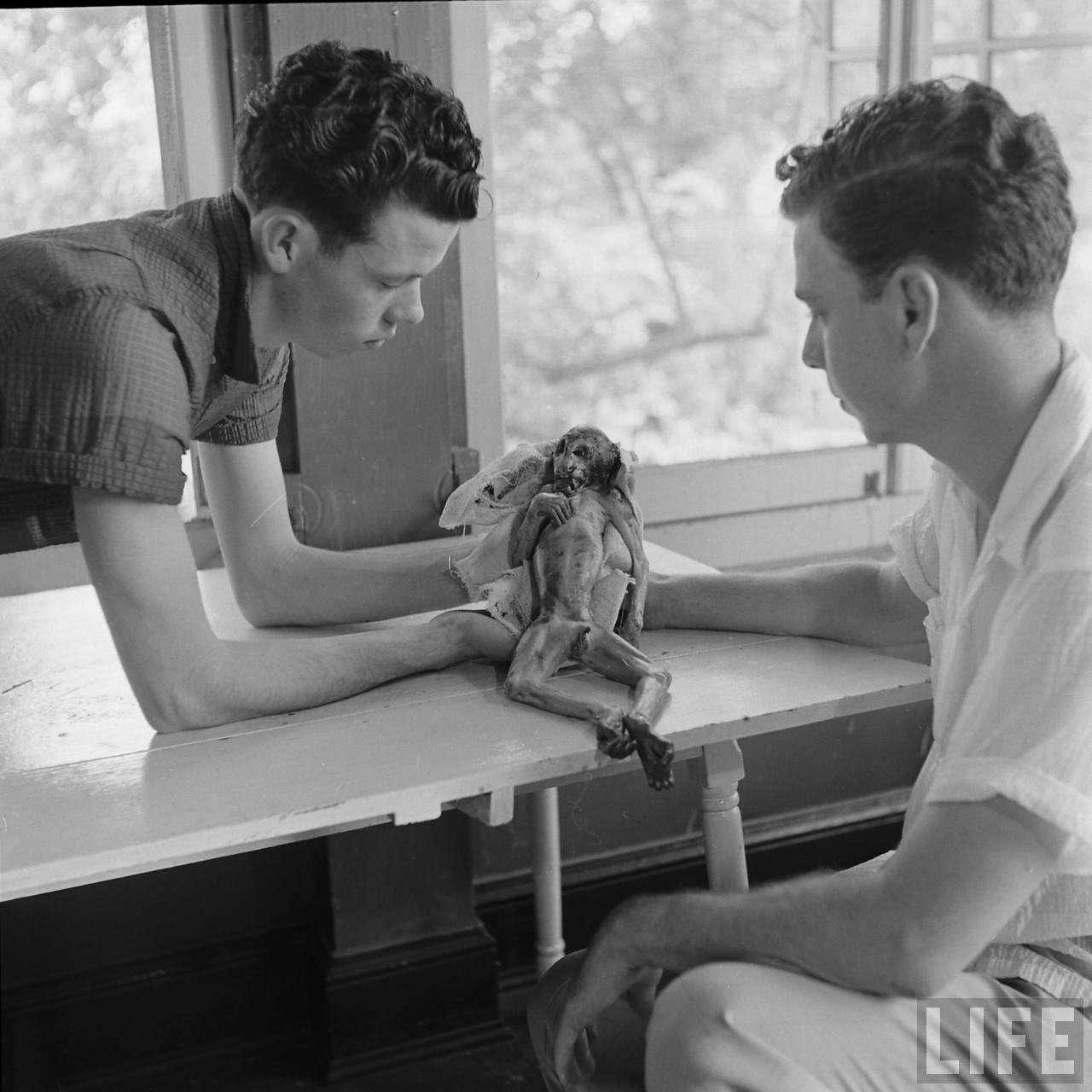 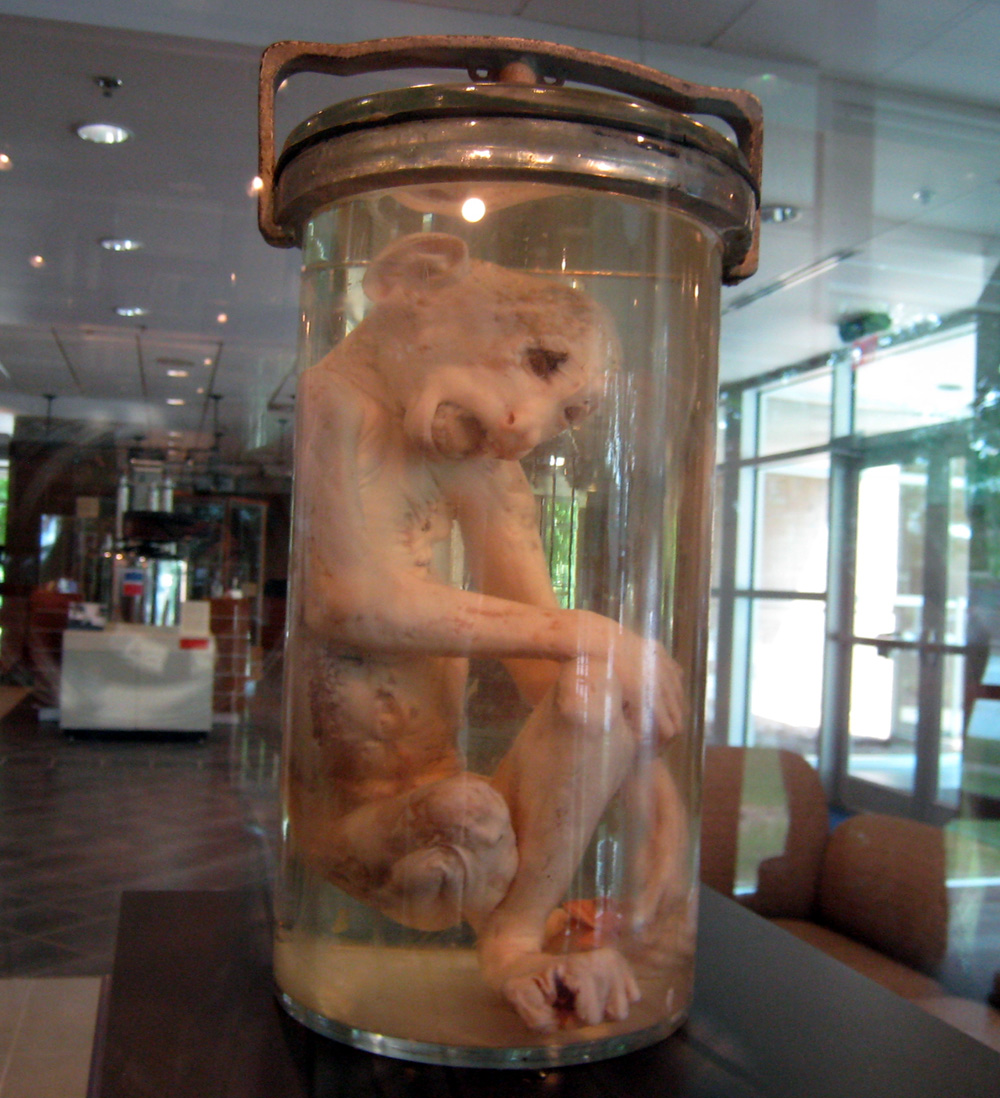 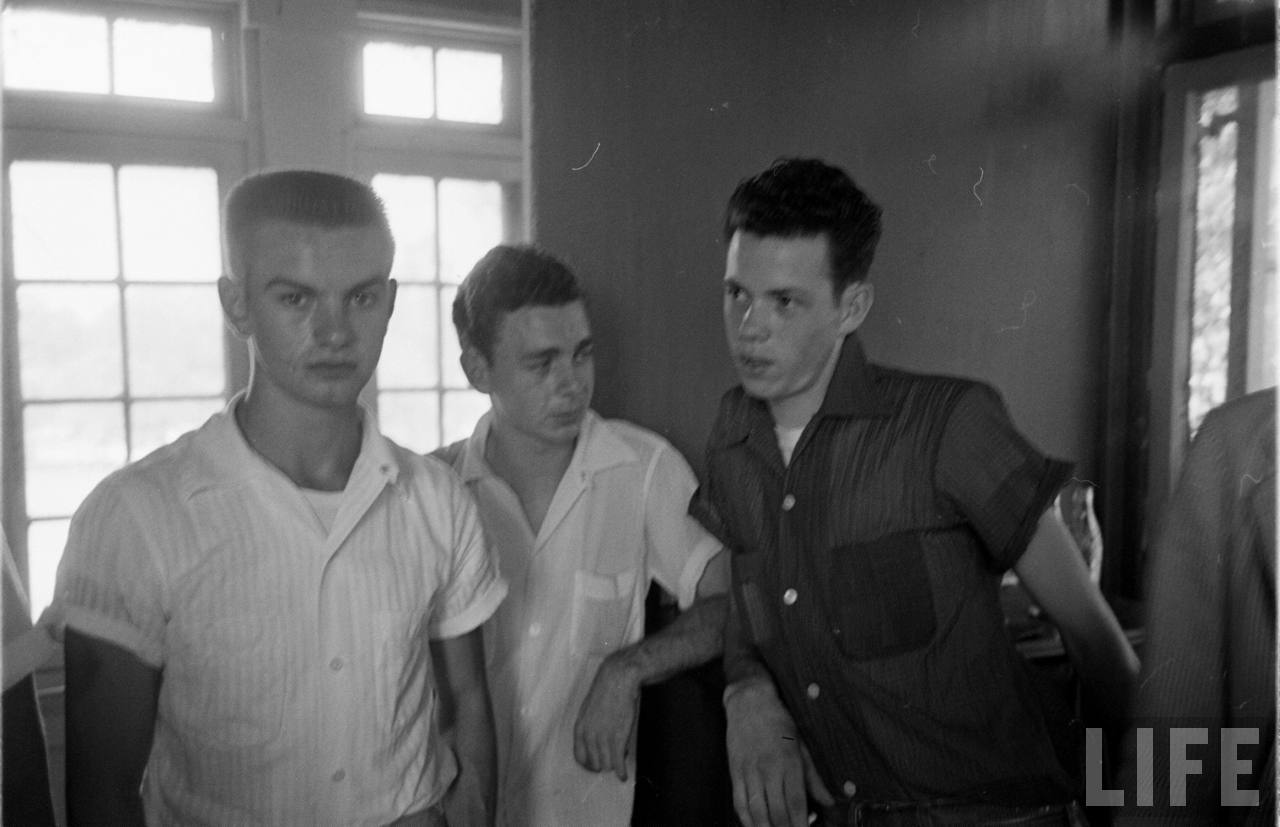 Above:  the three culprits behind the prank, Edward Watters, Thomas Wilson and Arnold "Buddy" Payne - though I have no idea who's who in the photo above.  Does anybody know if any of these guys are still alive?  If so, I'd be interested in talking to them to get more details on this odd but fascinating story from Atlanta's past.