By 1954, the Gypsy Room had vacated its longtime home in the Clermont Hotel and set up shop over on Pine Street (26 Pine Street, to be exact).

The Continental Room filled the gap left by The Gypsy Room.  Joe E. Ross, , seen on the left in the TV Guide cover shot below, soon to be notable for his 1955 film Teasearama, appeared there in June of 1954.  In 1961, he would emerge as a national sitcom star when he appeared as Officer Gunther Toody in Car 54, Where Are You?  In 1966, he starred as a Gronk,  a pre-historic caveman who manages to take a time travel trip (with his wife, played by Imogene Coca) to contemporary Los Angeles. By the early 1970's, Ross was heard by countless kids each week as he lent his voice talents to Saturday morning animation shows like Help! It's The Hair Bear Bunch, Hong Kong Phooey, and The New Tom & Jerry Show. 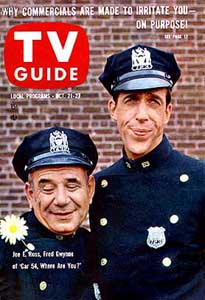 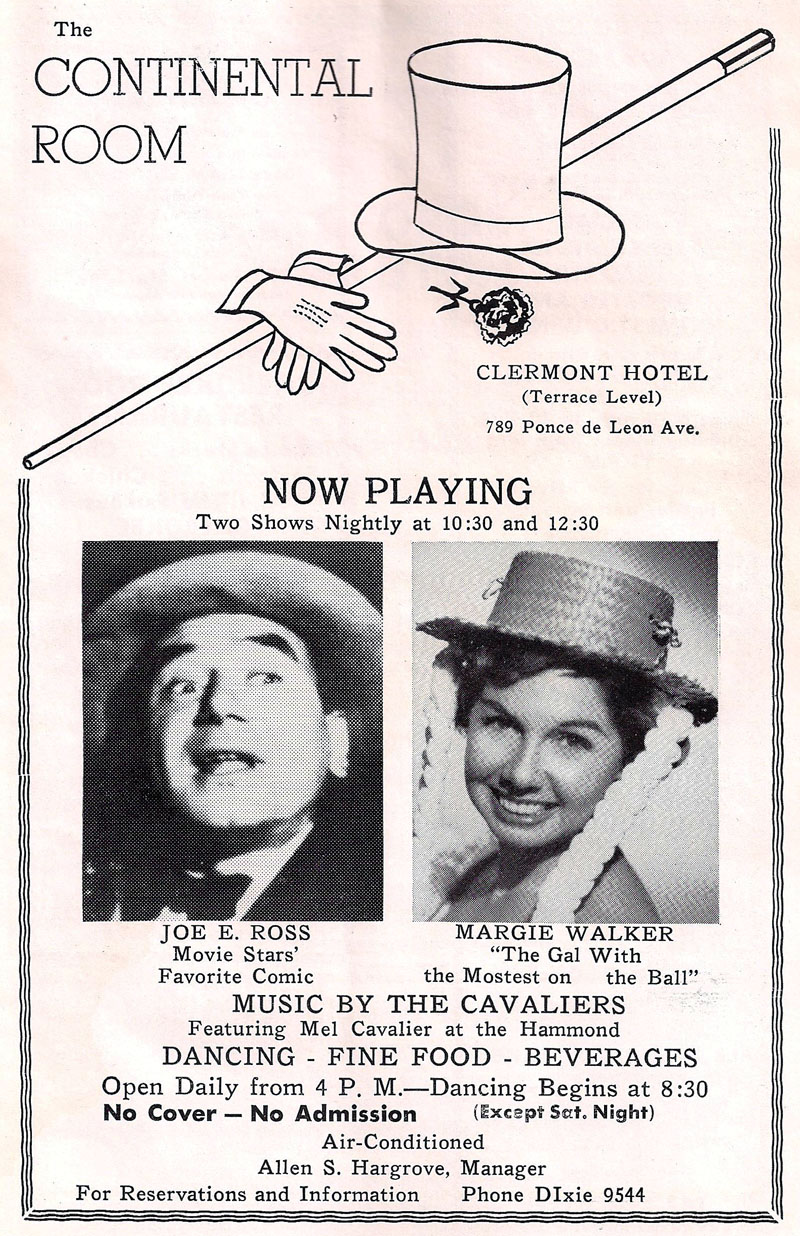