The Playboy Club in Atlanta? In 1962?  In the Clermont?  It's true.   If you've seen the pages I've put up dealing with Atlanta's Playboy Club, then you are already well aware of the fact that Hugh Hefner didn't open his Atlanta club until March 1965.  So what's the story?

The Playboy Club operating inside the Clermont Hotel was apparently an unauthorized attempt by an Atlanta club operator to hop on the high profile Playboy club bandwagon.  This club had no affiliation with the official chain of Playboy Clubs and was the subject of a lawsuit, filed in a successful effort to close down this renegade operation.  Details of the dispute even appeared in a publication sent to Playboy Club members.  The magazine, entitled "VIP The Playboy Club Magazine," carried this account in its Summer 1966 issue.  (For the details, see the bottom of column #1). 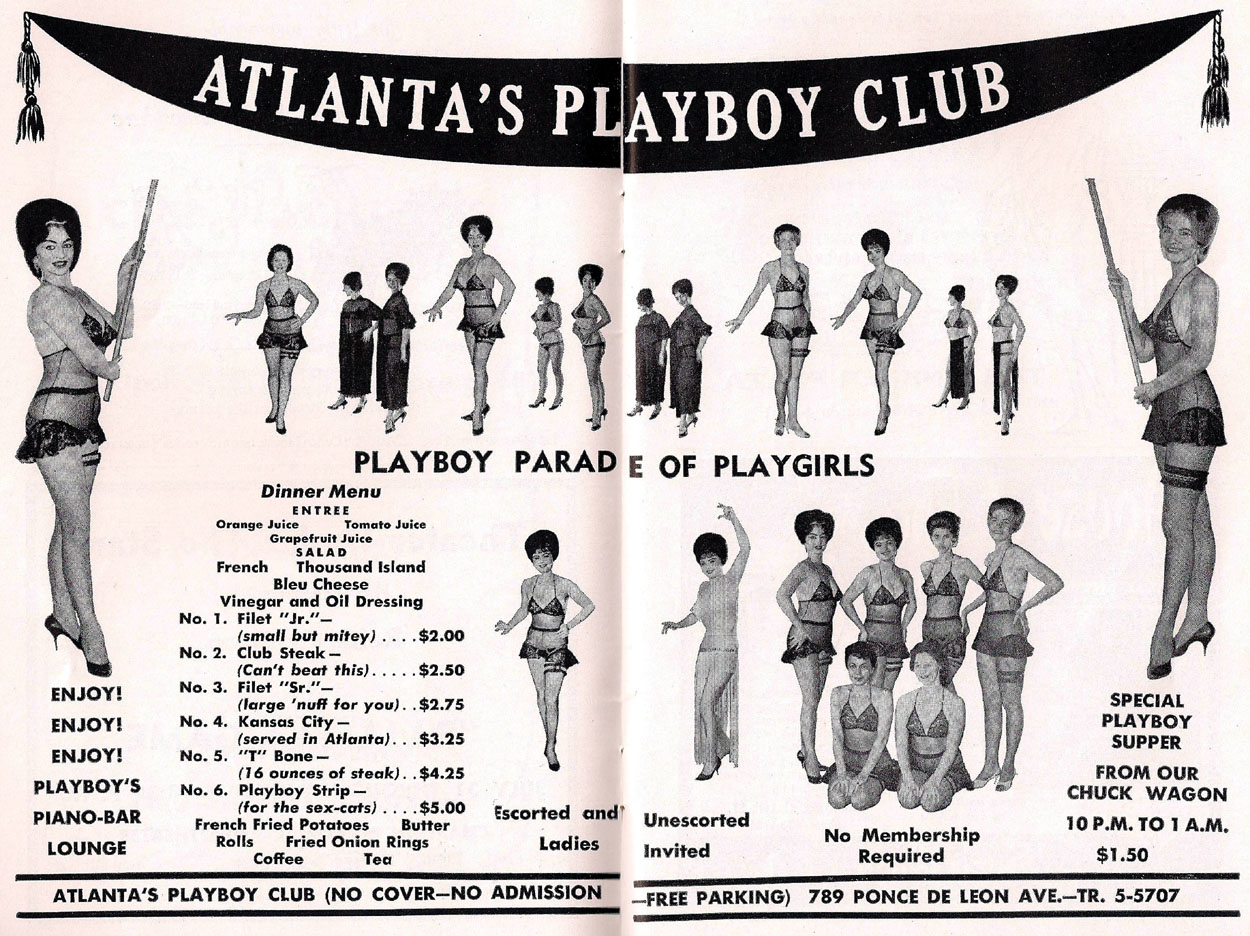