Check it out.  This is the only promo photo taken of the only band we know of ever to name themselves for Atlanta's Clermont Motor Hotel.  Though I was never able to catch one of their shows, I am reliably informed that The Clermonts surfaced for a brief time in 1989 and played a fine mixture country, rockabilly, and rock & roll.  The stern looking mug glaring out at you from the front is guitar player and vocalist Bill Quigley, and behind him (left to right) are Chip Martinson (stand-up bass and vocals), Page Waldrop (guitar), and steel guitarist David Chamberlain , who was kind enough to dig this photo out of the huge junk pile voluminous archives in his basement.  Drummer Pat Ronk is not pictured.

Incidentally, David Chamberlain still inflicts country music on people all over town and beyond, but he now does so exclusively in his role as the host of an outstanding radio program called Sagebrush Boogie, heard each Thursday night from 8PM - 10PM on  WRFG  located at 89.3 FM.  Or just listen on the internet.  He's been playing the good stuff since 1984!

BACK TO THE MAIN CLERMONT PAGE 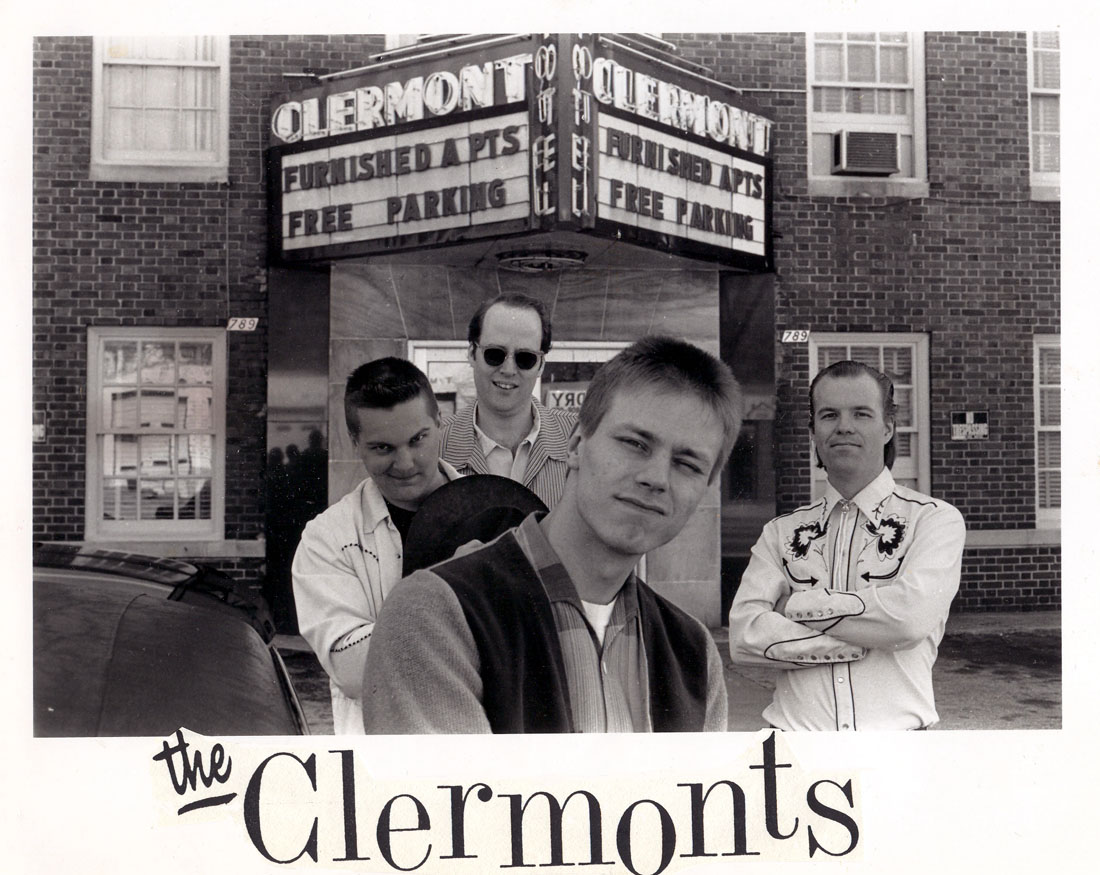