The top photo here, courtesy ATM reader Andrew, is a nice 1990 photograph of the Rio Mall that used to be found at the corner of North Avenue and Piedmont Avenue.  The lower two photos come from frequent contributor David Hunter, who summed up this failed retail project this way:


"Built in 1988, this place was spectacular in a kitsch sort of way, but spectacular nevertheless. It had everything a brand new mall should have, including a geodesic globe that sprayed mist on a pond inhabited by hundreds of gilded concrete frogs. Well, maybe I should rephrase that. Rio had everything a new mall should have...except customers! The place was surreal, sublime, and, as you can see, completely deserted.

The lines at the bottom of the pond were fiber optic cables that slowly changed through every color of the rainbow, a very cool effect at night."

A Publix grocery store and an apartment complex now stand on the site formerly occupied by the Rio Mall, which was demolished in the summer of 2000.  More information here. 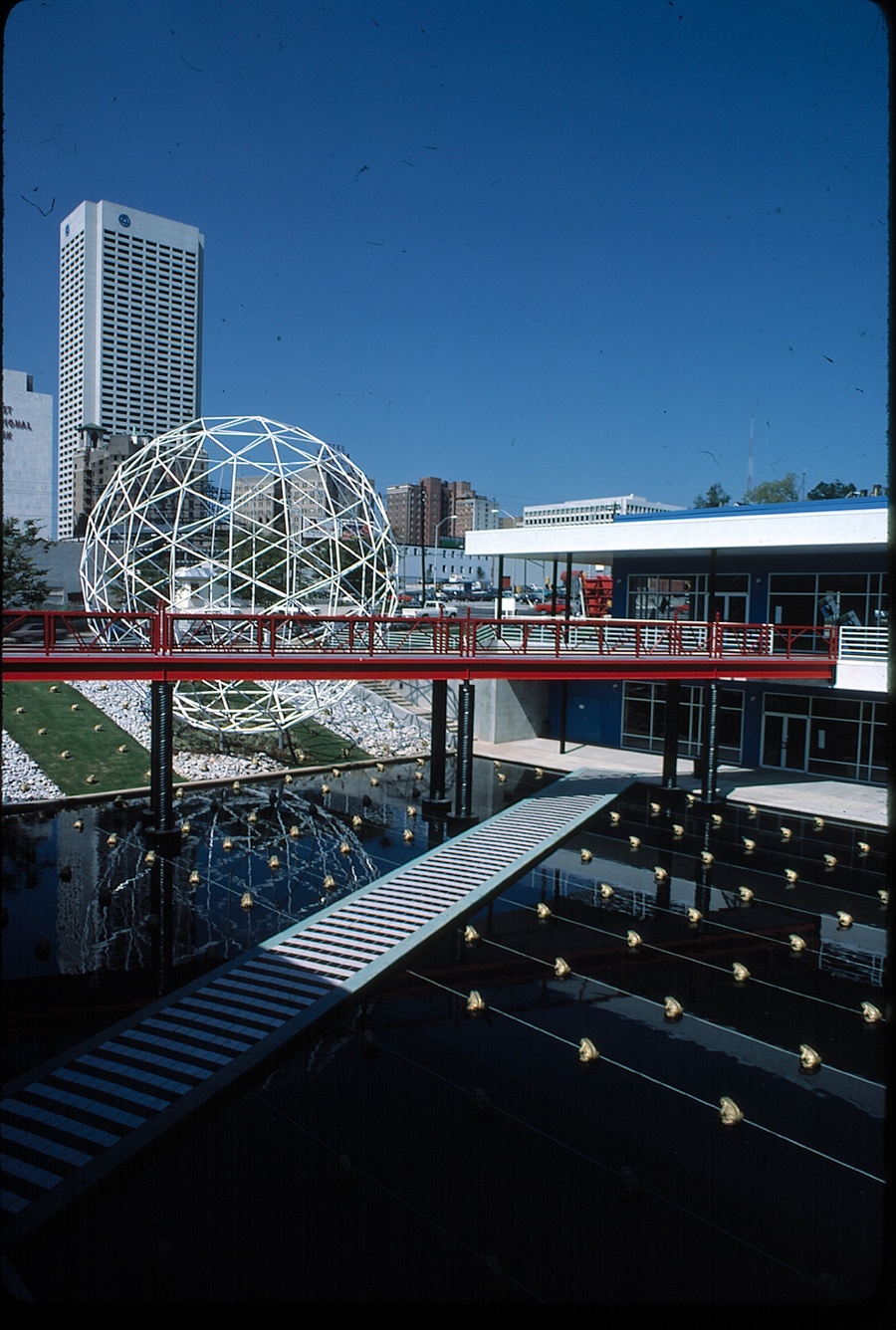 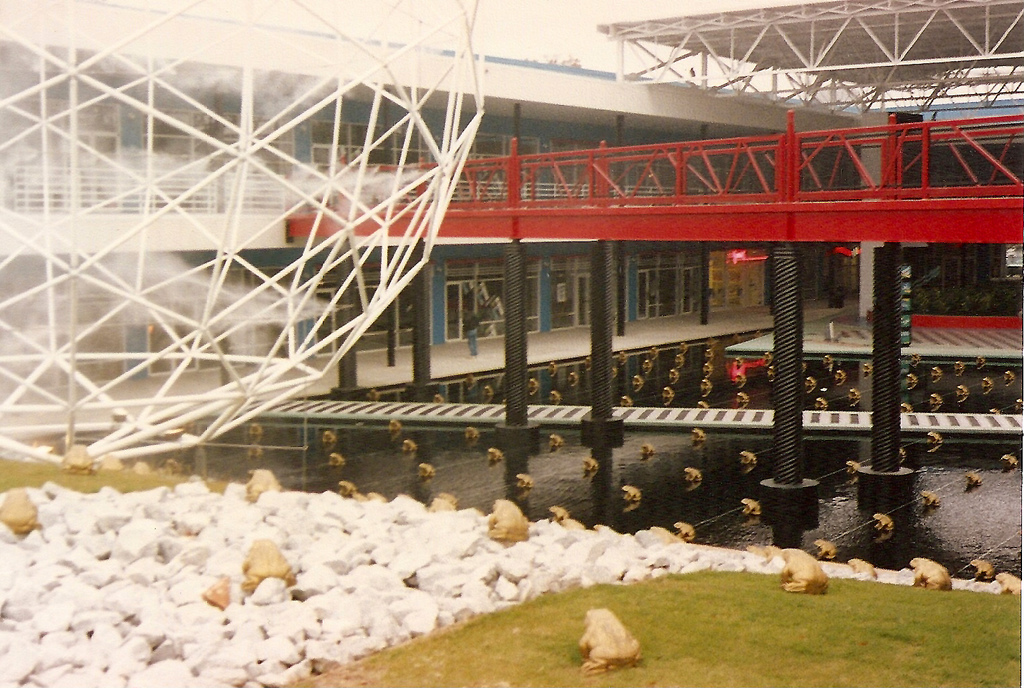