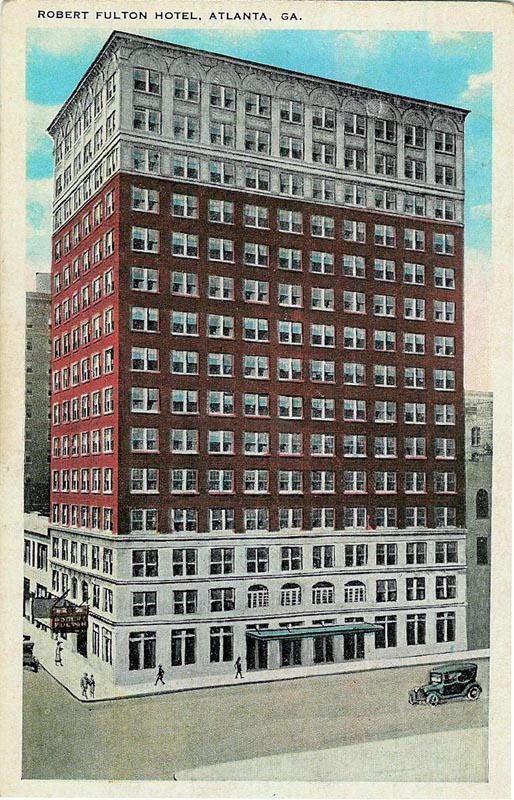 Among the songs Rodgers recorded here in Atlanta is Waiting For A Train, perhaps his best known tune.  A few decades later, Rodgers would be an influence on artists like Elvis Presley,  Jerry Lee Lewis and especially Merle Haggard.

In 1940, Blind Willie McTell, the famed blues artist from Thomson, Georgia (and the man for whom the blues club Blind Willie's is named) recorded several songs in the Robert Fulton Hotel when he visited the room of Library Of Congress archivist Alan Lomax and his wife Ruby.  More details on that story can be found in a 2009 Creative Loafing article. 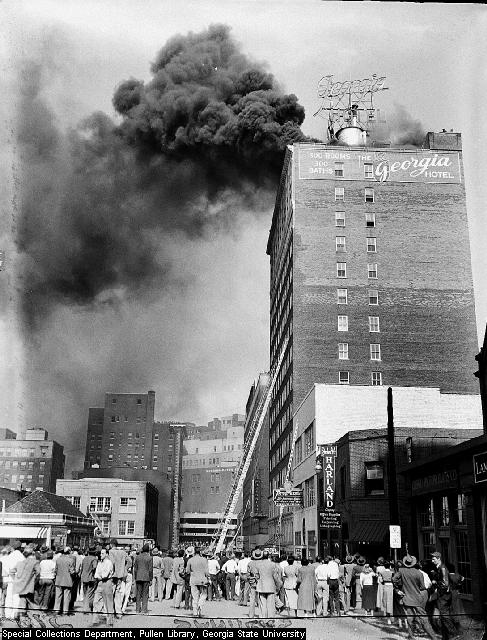 The former Robert Fulton Hotel was known as the Georgia Hotel in 1951 when this picture was taken.  GSU Archives FILE:  N03-28_a

Here is a postcard showing the former Robert Fulton Hotel in the early 1960s, after it had changed its name to the Georgia Hotel.  The building was demolished in 1971 and a parking deck now occupies this spot. 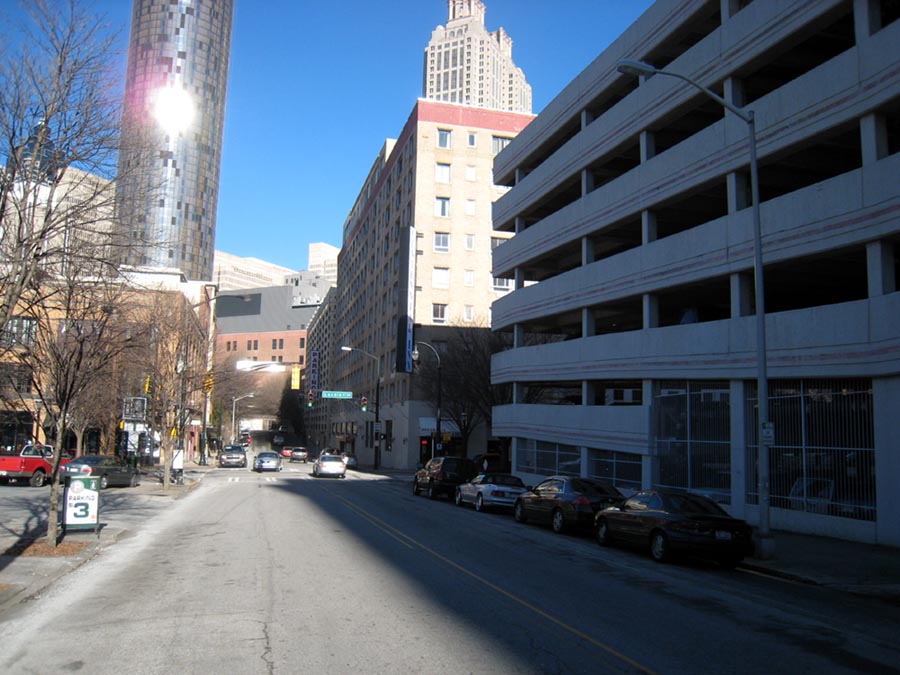 In the foreground (right) is the parking deck that now occupies the spot where the Robert Fulton Hotel stood.  Photo: 01/18/10