The Jefferson Hotel, built in 1921,  was located at the intersection of Alabama and Pryor Streets (Google map).  The building was designed by Emil Charles Seiz (1871 - 1940) who opened an Atlanta office in 1897.    In 1980, the deserted building was badly damaged in an Underground Atlanta fire.  More details can be found in this Associated Press article.

Seiz also designed the Robert Fulton Hotel (demolished in 1970), the Rufus M. Rose house (still standing at 537 Peachtree Street), and the Massellton Apartments which are also still around and can be found at 178 Ponce de Leon Avenue. 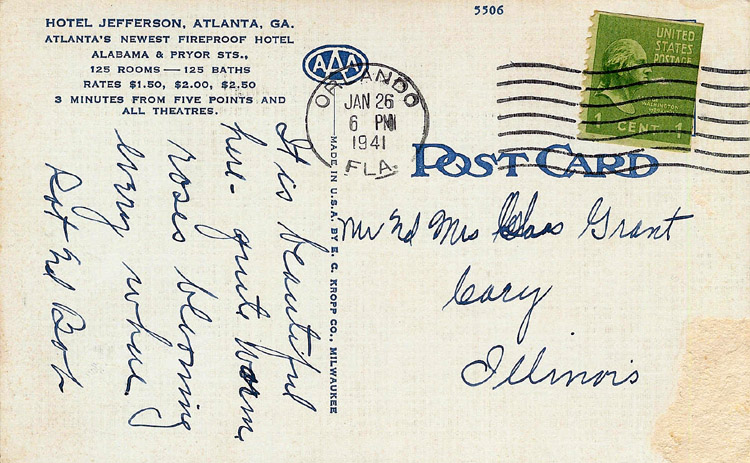 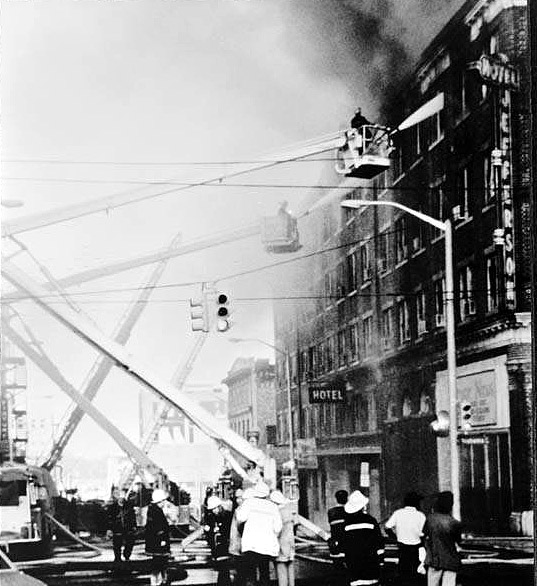 This photo, via Georgia's Virtual Vault, shows firefighters battling the blaze that destroyed the Jefferson Hotel in 1980.  Incidentally, the GVV page mentions that the hotel was built in 1882, but that's unlikely if the commonly cited birth/death dates for architect Seiz (1871 - 1940) are accurate.   The City Of Atlanta's web site lists the building's construction year as 1921.