September 04, 1961 - The Gypsy Room's featured dancer was Windy Gale, The Barefoot Contessa.  Gean Chapel (The Female Elvis Presley) is also mentioned and this is surely an odd misspelling of the name of recording artist Jean Chapel, signed to and promoted by Elvis' original label, Sun Records, in 1956 as the female Elvis.  Chapel, by the way, is not seen in the ad below.

She later signed a recording contract with RCA and had a long career as a songwriter.  Chapel came from a very musical family; her sister was RCA and Capitol recording artist Martha Carson, who in the early 1940s was part of the WSB Barn Dance radio program, and her brother Don Chapel (Tammy Wynette's 2cnd husband) was also a noted songwriter. Perhaps most notably, he wrote When The Grass Grows Over Me, a big hit for George Jones in 1969.

By the way, an earlier version of the Gypsy Room operated previously out of the Clermont Hotel, in the space now occupied by the Clermont Lounge. 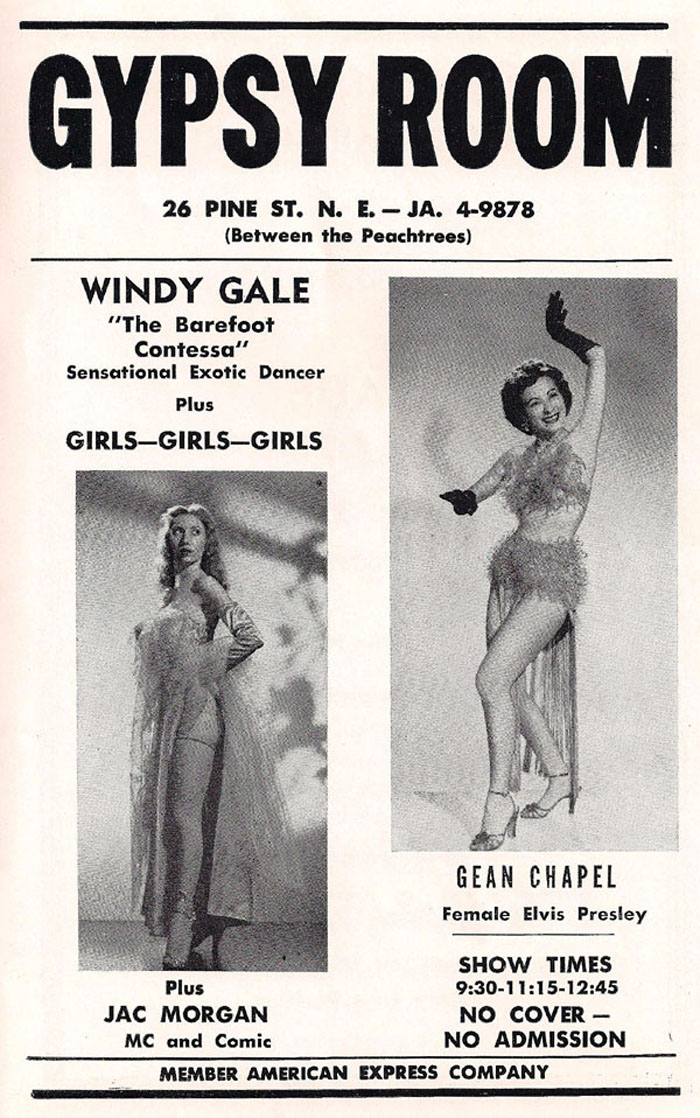