Here's a fascinating aerial shot showing a rendering of the soon to-be-built Atlanta Stadium superimposed on its forthcoming location, showing what the project would look like upon completion.  The photo probably dates to 1964, just before construction on the stadium began.  Most likely, it was produced by Howard Johnson's, as the HJ logo is superimposed on the image toward the lower right corner and the Howard Johnson's motel can be seen just to the south of the stadium.  The Howard Johnson's Motor Lodge can be seen more clearly on this page.  Many thanks to reader John Steinheimer for generously contributing this image. 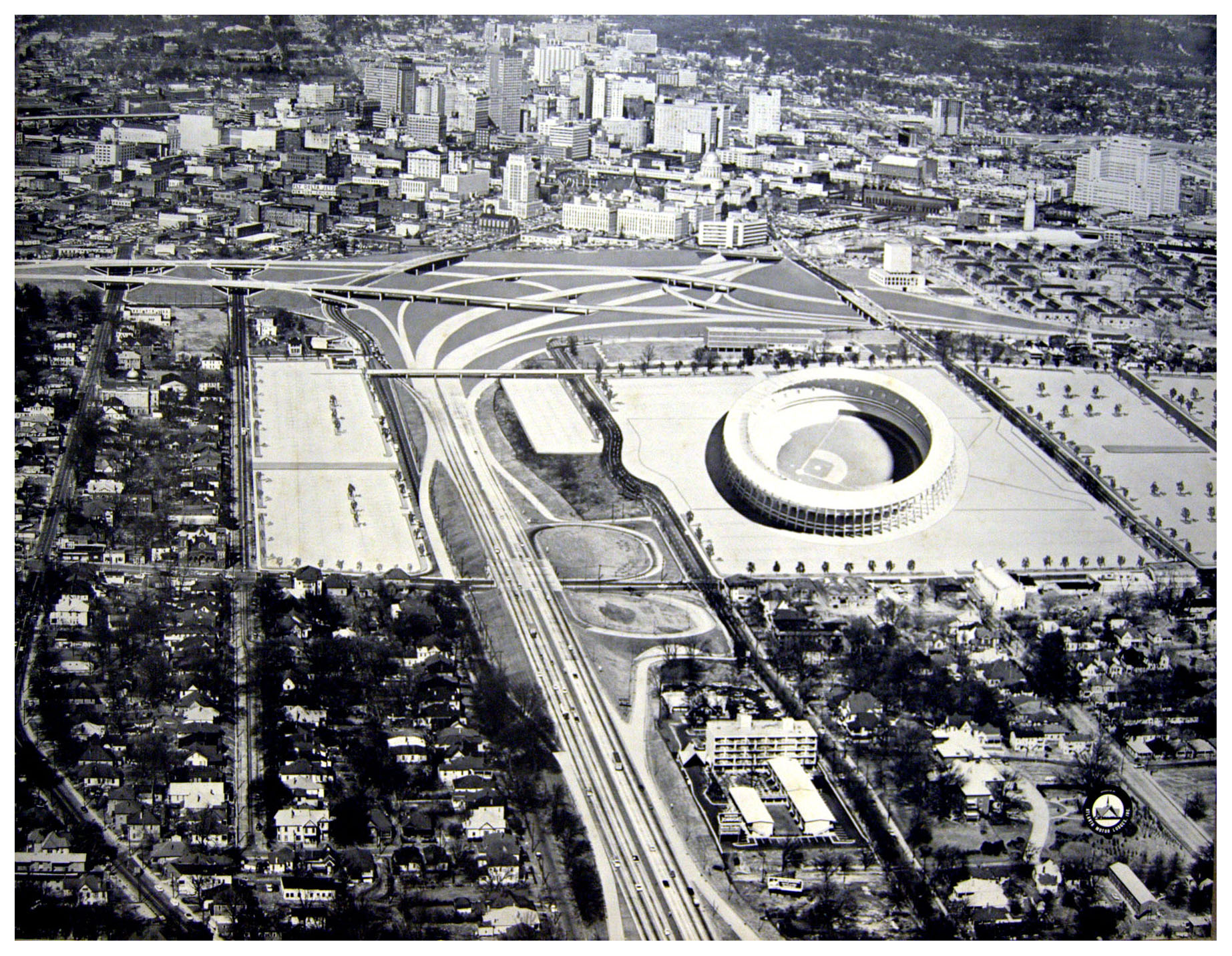