Yes, traffic's frequently appallingly bad these days, but as this 1982 shows it's been that way for a very long time.  We're looking east along 14th Street toward Techwood Drive, and beyond that the Dowtown Connector.  My attempt to recreate the photo is OK but I clearly needed a more powerful telephoto lens to give the image the same densely-packed effect expressed in the original.  Incidentally, the Wolf Camera store visible on the south side of 14th Street (well, the sign's visible if not the store itself) was where I purchased my first digital camera in 2003, bought expressly to take photos for this site.  Scroll down to the bottom photo to see the empty land where the camera store once stood.  It was torn down as part of the 14th Street bridge rebuilding project a few years ago.  To someone who's not a road engineer it seems like the business and the building that housed it could have been spared, but perhaps not.    Google map 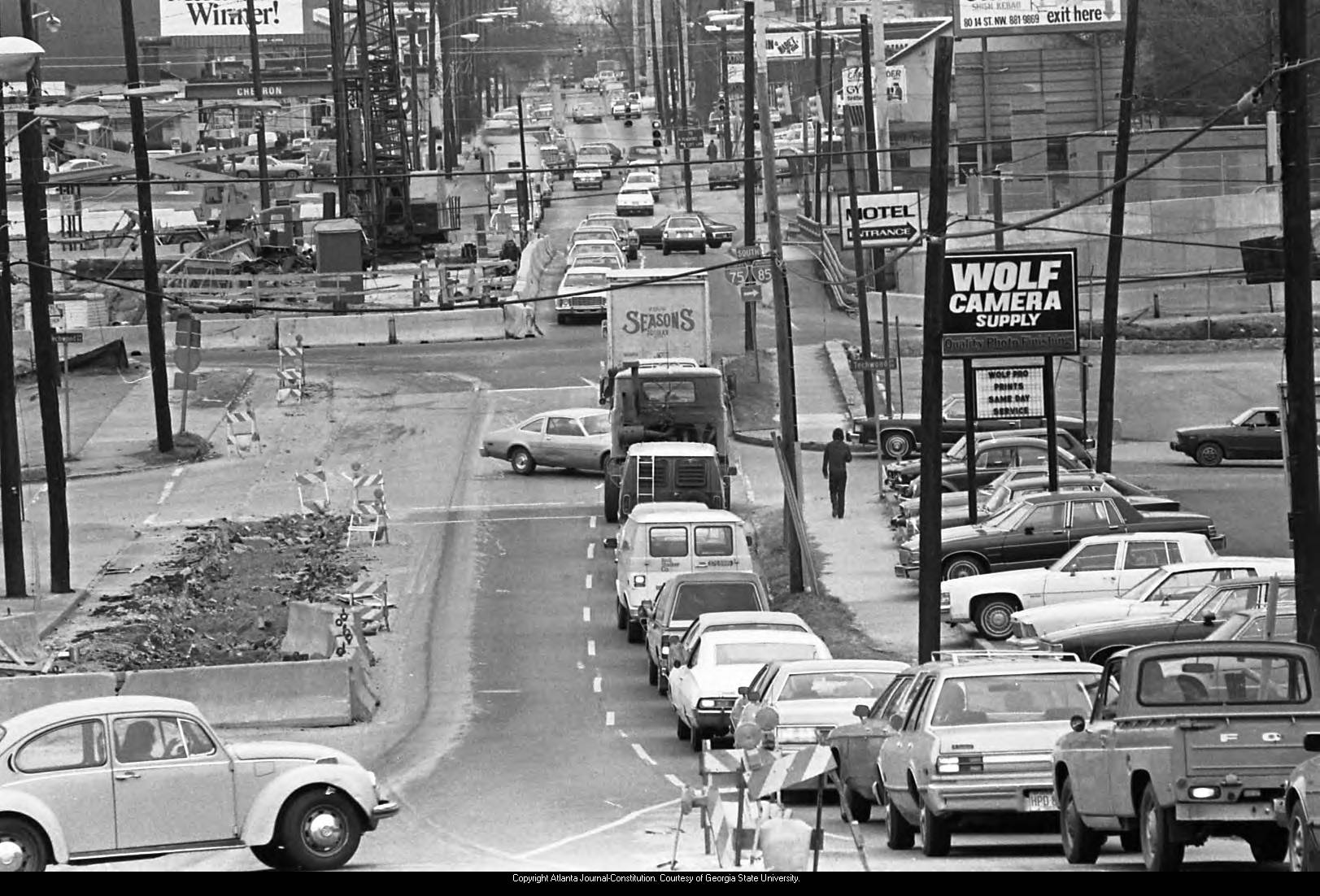 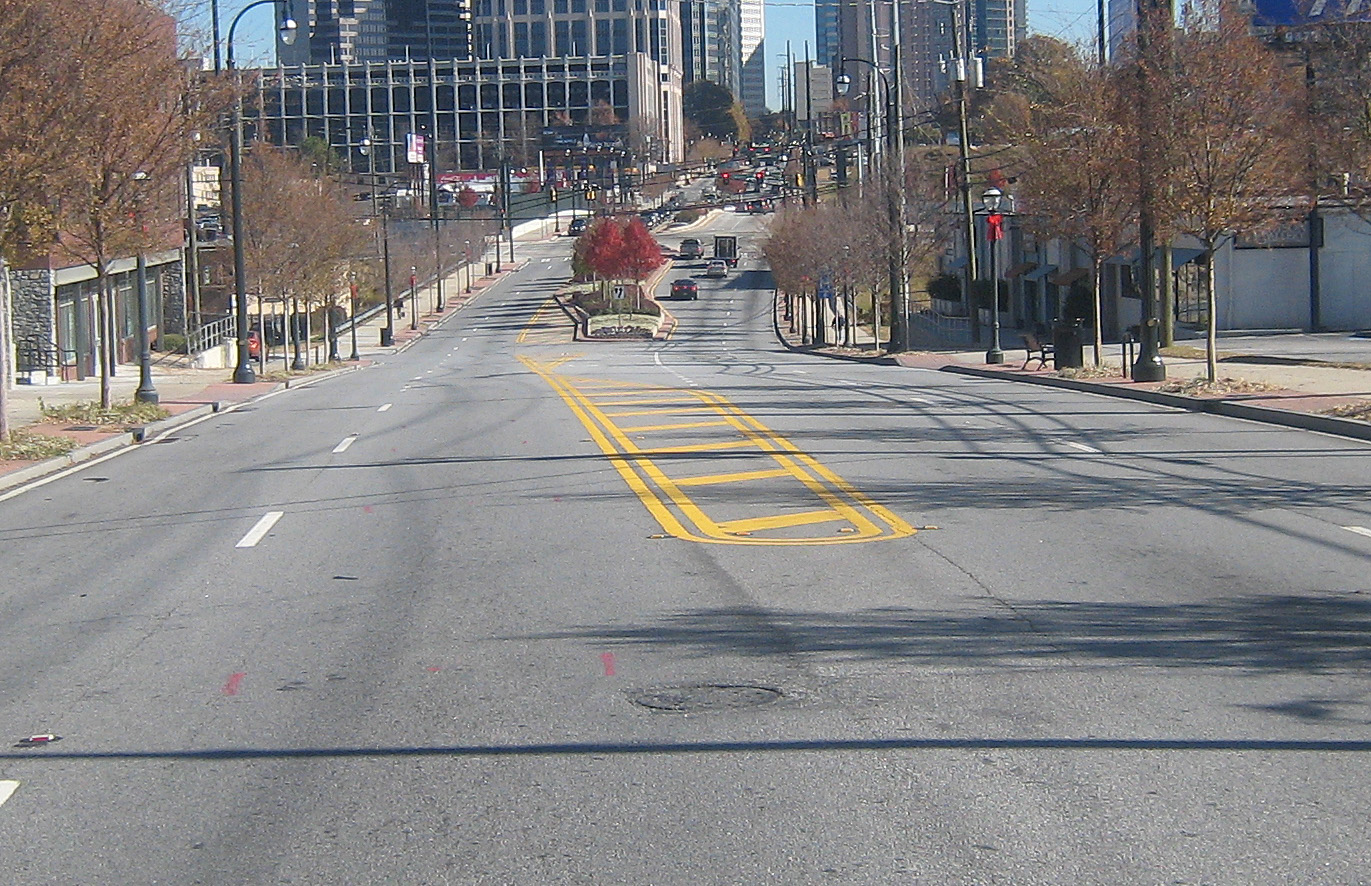 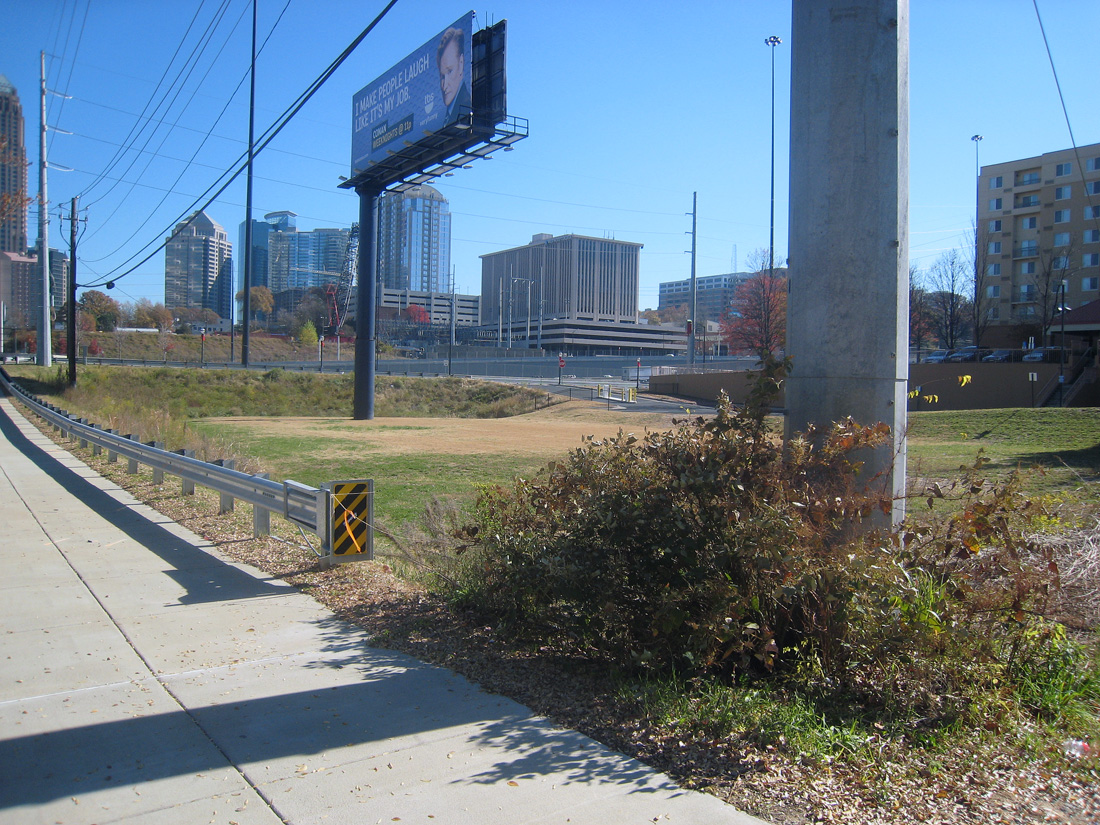