In this 1958 photo, we're looking southeast along Marietta Street toward downtown. The street intersecting on the right is Bankhead Avenue.  In 2005 or so, Bankhead Avenue was renamed Donald Lee Hollowell Parkway, but a short one block portion of the old road on the east side of the railroad tracks still goes by the name Bankhead Avenue.  Top photo courtesy of the Georgia State University Library Archives (File #LBGPNS7-133a).    Google map

It's almost unbelievable to see all the businesses that used to line this stretch of Marietta Street.  Among them were a drug store, a hotel, a storage/cleaning establishment (that's the still-standing formerly white building a little left of center), a grocery store, a shoe store, a kiddie store and a movie theater among others. 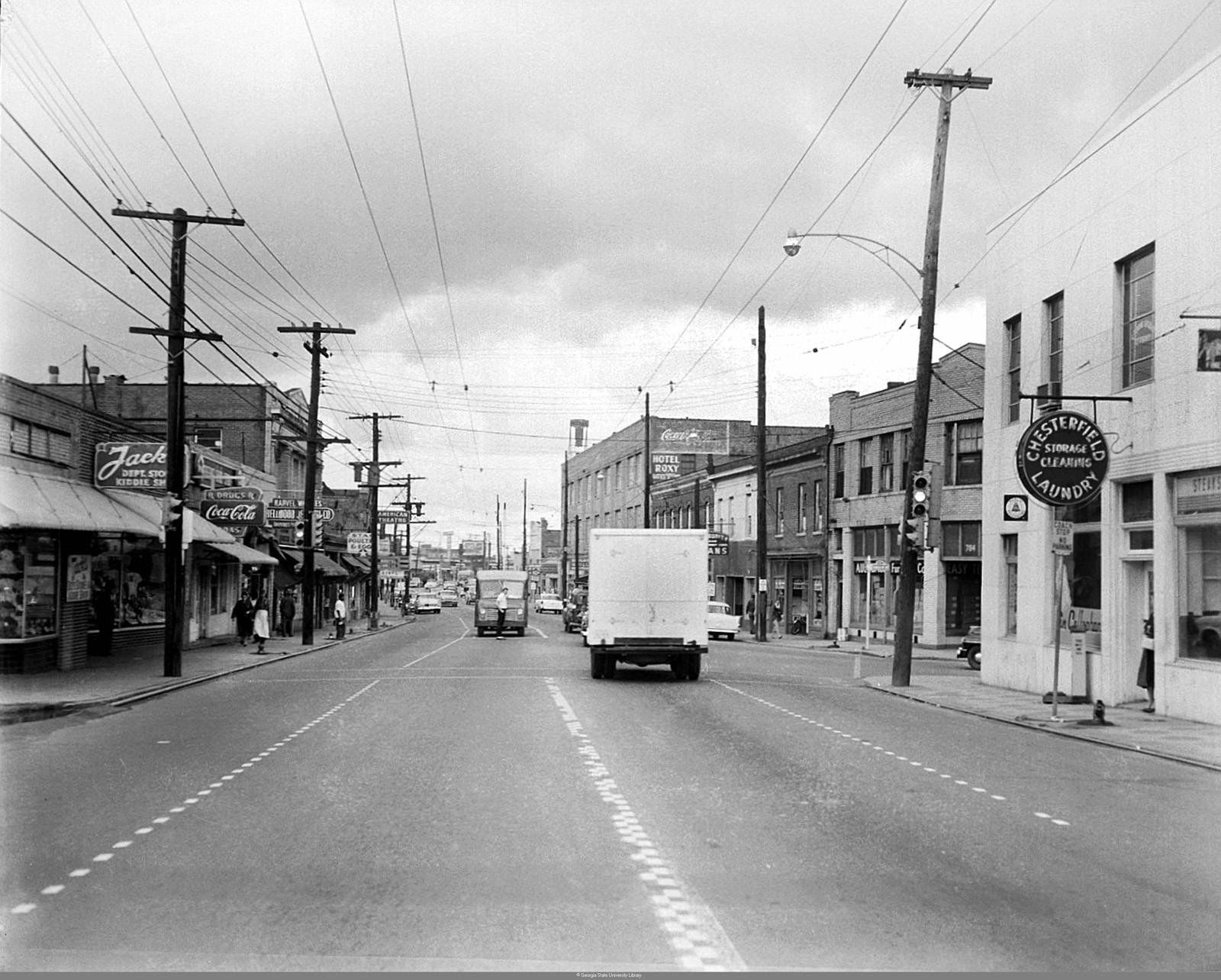