Here's an undated promotional card touting an appearance by movie actress and celebrated burlesque dancer Sally Rand at The Anchorage Club.  According to the old ads I've located, the club was going by this name between 1956 and 1962, before changing its name to Atlanta's Playboy Club.  After a lawsuit filed by the Hugh Hefner empire, Atlanta's Playboy Club was forced to change its name and it reverted to the Anchorage for a brief time before a two or three year run as the Jungle Club.  Today, it's the Clermont Lounge. 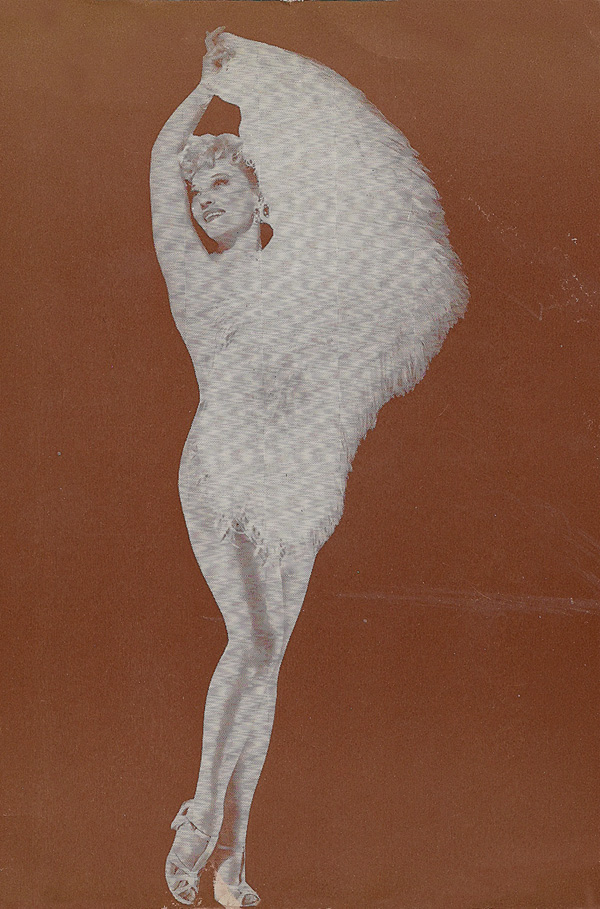 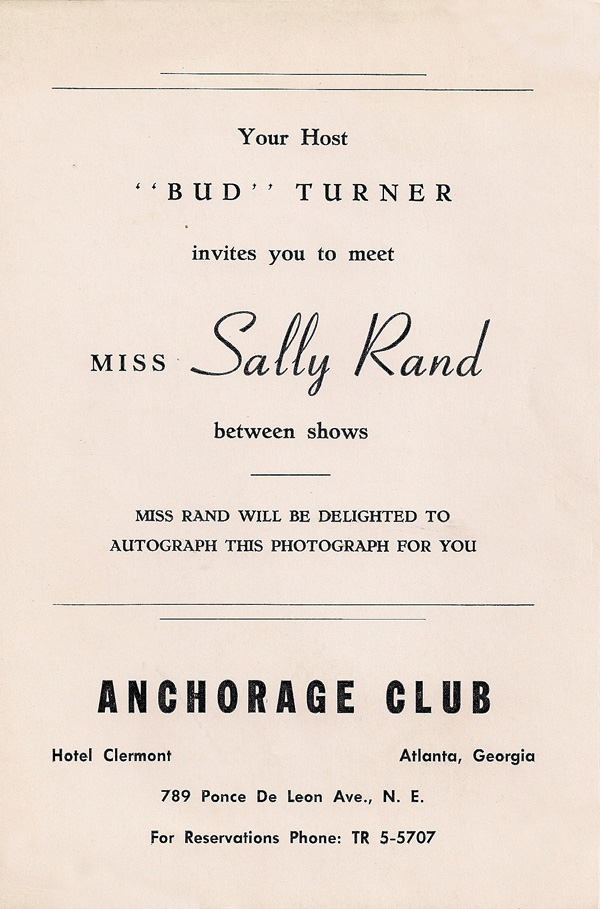