The Byron House apartment building was located across West Peachtree Street from Crawford W. Long Hospital.  According to newspaper ads (below) harvested from the Atlanta Georgian and News, the building was completed in 1909.  The photos here were taken in 1971 and show some of the building's ornate details.  According to the ads below, the building was in the 200 block of West Peachtree Street, and it appears that the street's addresses were renumbered along with many other streets in the 1920s as that address now corresponds to a location well south of the site where the building stood.     Approximate Google map

These pictures come to us from Andrew P. Wood.  They were taken in 1971 as mentioned above, by his father Dr. William A. Wood, a former resident of the building.  Dr. Wood practiced medicine for his entire career at Crawford Long Hospital, now, sadly, renamed Emory University Hospital Midtown But Really We're In Downtown.  Or something quite close to that. 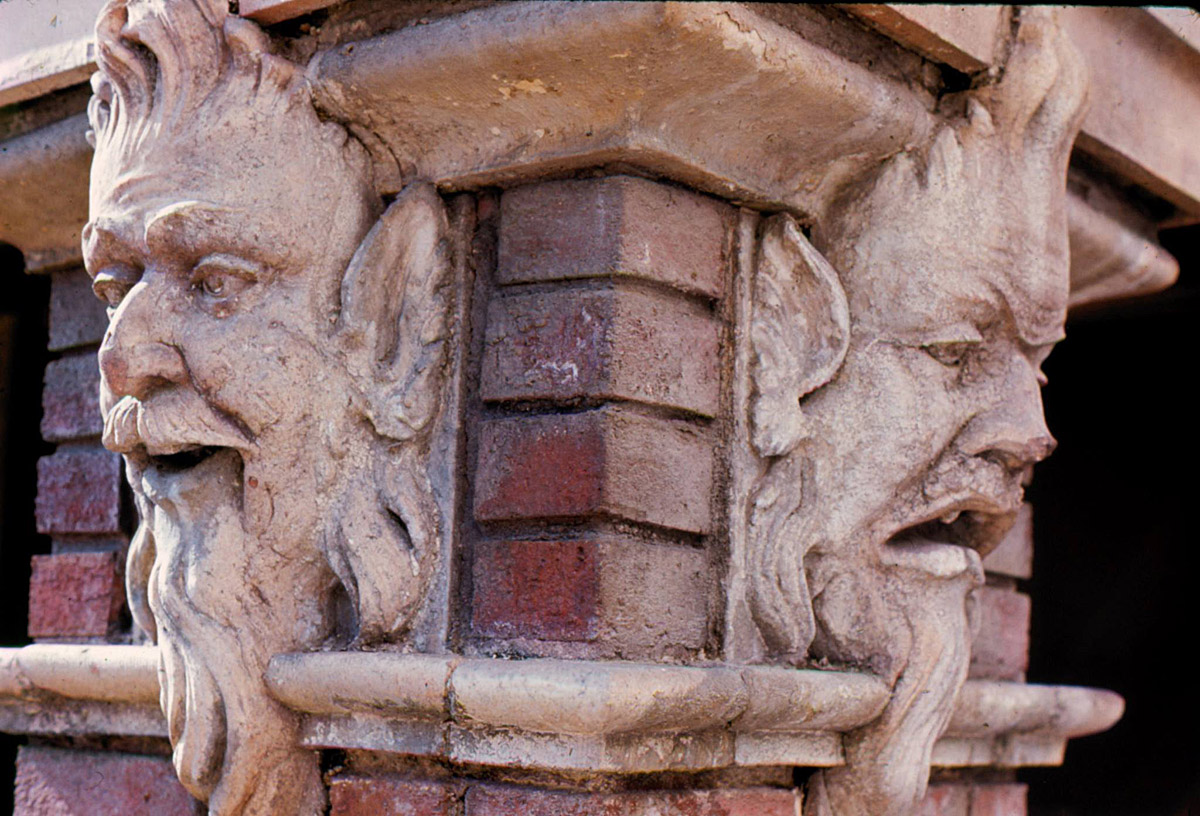 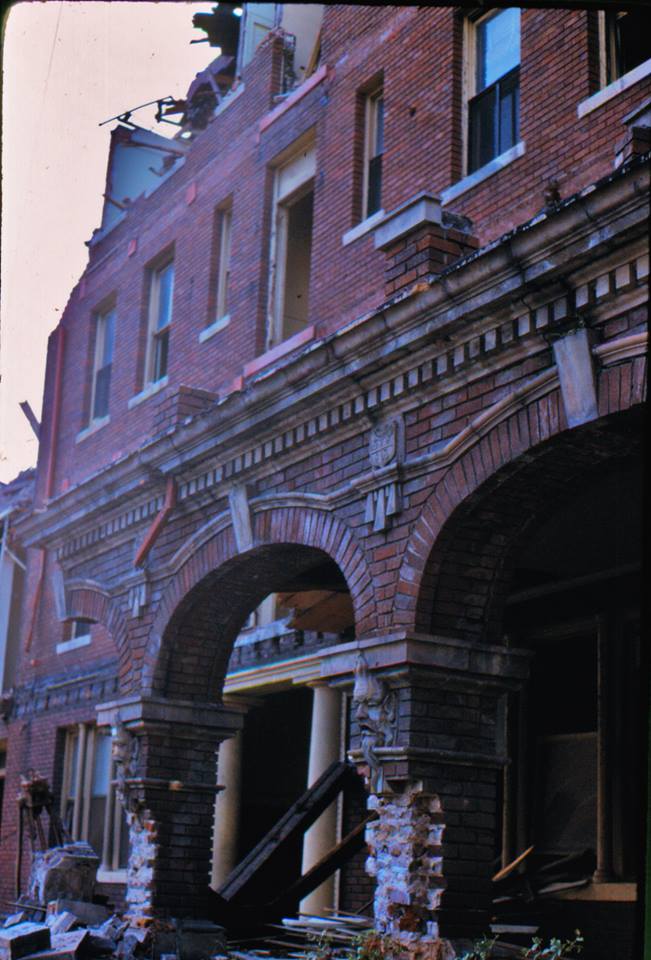 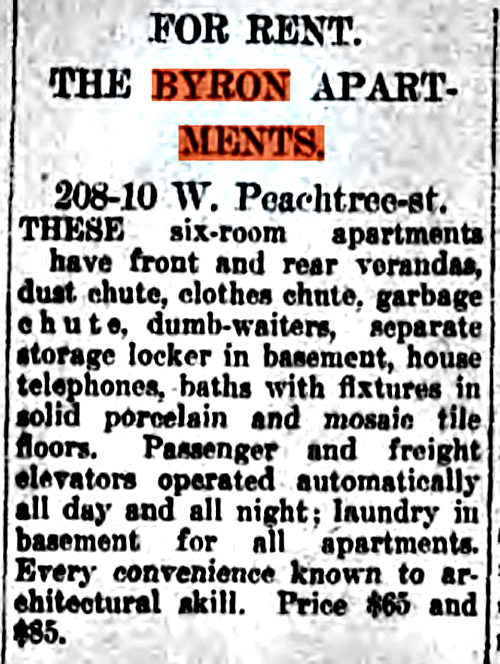