Hats off to my friend Mike, who sent me this photo a few days ago after his dad shared it with him.  This aerial photograph of Candler Field, the predecessor to Hartsfield-Jackson Atlanta International Airport.  Candler Field got its start on an abandoned racetrack on a piece of property owned by Asa Candler.  It operated under the Candler Field name from 1925 to 1948, when it was rechristened Atlanta Municipal Airport.

According to Atlanta Airport expert David Henderson (where would I be without him?), a cropped version of this photo appears in 1989 book called A Dream Takes Flight: Hartsfield Atlanta International Airport and Aviation in Atlanta (1989).  Author Paul Hagan indicates  this is a 1933 photo and that the buildings along the center left portion of the photo were army barracks along Virginia Avenue. 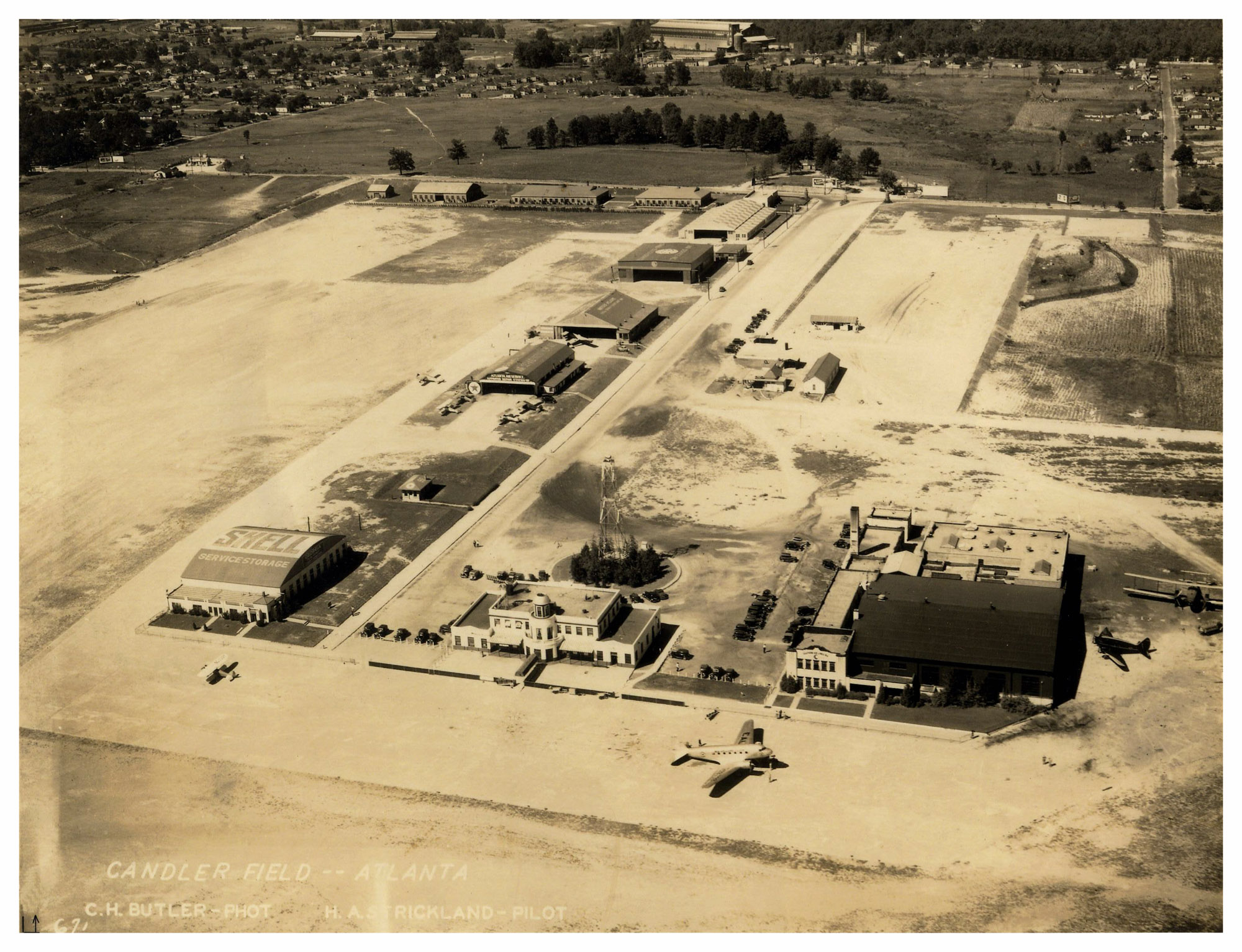